The “left behind” kids made incredible progress from the late 1990s until the Great Recession. Here are key lessons for ed reform. 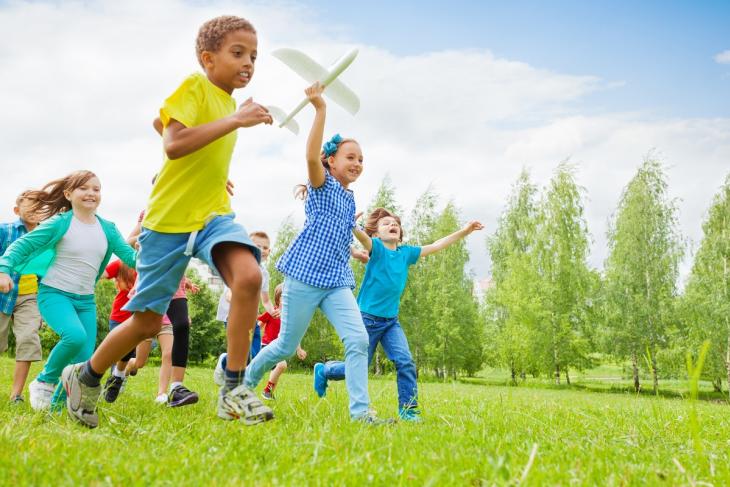 This summer, I’ve been trying to make sense of the sizable gains made by America’s lowest-performing students and kids of color that coincided with the peak of the modern education reform movement. Today, I wrap up the series by offering some personal reflections on what we’ve learned. But first, let’s recap the facts and acknowledge the vast amount of ground yet to cover.

From the mid to late 1990s, and generally until 2010 or so, National Assessment of Educational Progress (NAEP) scores at the fourth and eighth grades for the lowest-achieving children, and for students of color, shot up in reading, math, and most other academic subjects. The gains were greatest at the low end of the spectrum—as seen in trends at the 10th percentile of achievement and a big drop in the percentage of students scoring at the “below basic” level.

By 2010 or so, our African American, Hispanic, and low-achieving students were reading and doing math two and sometimes three grade levels above their counterparts in the early 1990s. That’s historic, life-changing progress. And it surely contributed to more recent gains in the high school graduation rate for these groups, as many more kids came into ninth grade closer to being on track.

That’s the good news. The bad news is that there was less progress at the middle and top of the performance spectrum; essentially no achievement gains at the twelfth grade level; and most of the progress hit a wall around the time of the Great Recession. Results for middle-class kids over this period got a bit better in math, but not much in reading.

Those are the facts. The interpretive challenge is to understand why. Why did we see so much progress for the kids who had previously been “left behind”? I spent several posts digging into that question, and concluded that our schools could take only partial credit. Yes, it was a time of frenetic reform activity, and yes, it was also a period of significantly increased investment in our public schools. And those factors mattered. But what likely mattered more were the vastly improving social and economic conditions for our poorest children. Our cities in particular were transformed over the course of the 1990s, with child poverty rates plummeting and the incidence of violence falling dramatically. These trends—as much as anything schools or policymakers or “reformers” did—likely explain much of why our students started to learn so much more.

But back to the schools. Rigorous evidence indicates that accountability policies and increased spending both helped to boost achievement. That much is clear. What’s less clear is how. How did schools respond to accountability pressure to increase student learning? Was it in ways that policymakers had hoped, such as by moving the best teachers to the neediest schools and classrooms, or embracing evidence-based practices and high quality curricula, or shifting resources to the kids who need them most? Or were these improvements in math and reading made at the expense of other important pursuits? Were other academic subjects squeezed out of the curriculum? Did schools stop doing so much on the whole-child front, such as sacrificing recess and P.E.? And if so, were these choices good ones? And how did the increased spending lead to better results? What did they spend the money on?

These aren’t meant to be rhetorical questions—they are empirical. Unfortunately, we don’t have much data by which to answer them effectively. The sad fact is that we analysts have very little insight into what’s actually happening in our schools today, much less over the past quarter-century. But working toward answers to these questions would still be worthwhile (I’m talking to you, young academics looking for research projects!), as they would help us understand what worked and what we might learn for our efforts going forward.

So to restate, one last time: The achievement of low-performing kids and children of color rose dramatically from the late 1990s until the Great Recession. That was mostly because of improving social and economic conditions for these children, but accountability reforms and increased spending played a role, as well. Over the last decade, that progress has mostly petered out. And the gains we made were, of course, not nearly enough, as they mostly meant getting more kids to a basic level of literacy and numeracy and walking across the high school graduation stage—nowhere near the goal of readiness for college, career, and citizenship that is the proper objective of our K–12 system.

Here are a few personal reflections about these conclusions.

First, we reformers and policy wonks need to be much more humble about putting ourselves at the center of the story. It’s a great human temptation. We all want to be the hero in our personal narrative. But we need to bring some maturity and wisdom to the decades-long work of educational improvement, and be willing to acknowledge that the ups and downs of NAEP scores, college completion rates, and all the rest are more likely to be driven by what’s happening outside of schools than within.

I’m chagrined to admit that I really believed, back in the heady No Child Left Behind days, that it was policy that was leading to those test score gains among the neediest kids. And to be sure, solid research indicates that NCLB and similar state policies do deserve some credit. But only some. Somehow I—we?—missed what was happening in society at large—the declining poverty rates, the increasing supports for needy families, the plummeting crime rate. Of course those things would affect student learning.

And we did it again when the progress stalled around 2010. Some of us claimed that happened because we took the foot off the gas of accountability reform. Others said it was Common Core’s fault, or the flaws in new teacher evaluation systems. Those are all reasonable hypotheses, deserving of analysis. But what if it was mostly about the Great Recession, the spike in the unemployment rate, the increase in child poverty, and the decline in school spending? In other words, fellow reformers, it’s not all about us!

That doesn’t mean education policy or reforms like charter schools or Teach For America and the like don’t matter. Some states have consistently beaten the socioeconomic curve. And I don’t think it’s a coincidence that the states that made more gains than one would predict over this past quarter-century—like Massachusetts, Florida, and Indiana—are the ones that embraced education reform. They weren’t immune to the larger social and economic trends. But thanks to strong leaders and smart policies, they did better than expected.

So we should be humble about what policy can achieve, but we shouldn’t be despairing. It still matters.

Finally, this look at a quarter-century of student outcomes has reminded me of the importance of patience. Yes, that one’s tough for reformers, since the moral authority of our work comes from its urgency. Kids are in bad schools right now. Children don’t have a second chance to get a great education. And despite the gains we’ve made in basic literacy and numeracy, many kids are going to get crushed by the real world if we don’t help them achieve at much higher levels than that.

So a sense of urgency is critical in this work.

Yet we’ve seen time and again that we can make big mistakes by declaring something a failure too early. That was famously the case with the early Gates Foundation initiative on smaller high schools—which was thought to have flopped until rigorous studies finally emerged that showed significant gains, at least in some cities. Such was the case with No Child Left Behind, too. Jay Greene and Mike McShane are right that we need to learn from failure—but we also need to learn not to declare something a failure too soon.

I worry we might be doing that again today. Though the backlash to testing and accountability has subsided somewhat, there are still plenty of policymakers—and even some reformers—who would be happy to leave all of that behind. To which I would say: Hold your horses! We have spent the past decade overhauling standards, tests, and accountability systems, and finally committing real resources to capacity-building, especially in the form of curriculum implementation. These pieces have only come together in the last year or two, with the release of the first school ratings under the Every Student Succeeds Act. Now that Accountability 2.0 is finally in place—and we have a booming economy once more—let’s see if we can drive real improvements in achievement once again, and not just at the low end of the distribution this time.

What we need, then, is balance. We need to combine patience and urgency, humility and optimism, the passion of youth and the wisdom of experience. Let’s try to remember that in the school year ahead.