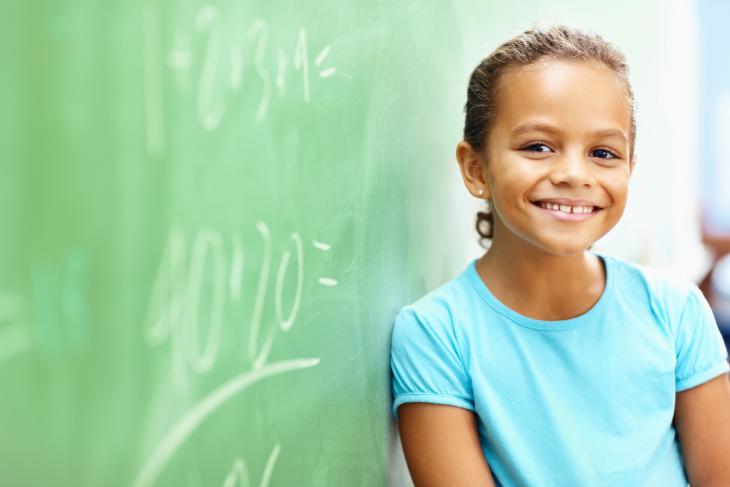 Editor’s note: This is the fifth in a series of posts examining whether the nation’s schools have improved over the past quarter-century or so. The first two posts demonstrated that student outcomes rose significantly for the lowest-performing students and children of color from the mid-1990s until the Great Recession—especially in reading and math, but in other academic subjects, too. The third post argued that this educational progress coincided with dramatically improving conditions for our poorest families. In particular, the “supplemental poverty rate” plummeted for children of color in the 1990s and into the 2000s. The fourth post looked at the potential relationship between the poverty and achievement trends.

Last week I argued that much of the progress of the NCLB era may have stemmed from the dramatically declining child poverty rates of the 1990s.

But much does not mean all.

Though No Child Left Behind gets all the attention, 1994’s Improving America’s Schools Act put most of the key pieces in place for the “consequential accountability” policies that we now associate with NCLB. It required states to set uniform standards in reading and math; to develop statewide tests to assess students against those standards; and to report the results for all schools. While annual testing, disaggregated data, and a federally-mandated “cascade of sanctions” came later, they came as enhancements, as an evolution. The real revolution began with IASA.

By the mid to late 1990s, some states had the building blocks in place and were starting to put schools on so-called “failing schools” lists. Others jurisdictions, however, didn’t get serious about the standards, testing, and accountability tripod until NCLB burst onto the scene in 2002. This time lag provided researchers with an opportunity to study a natural experiment. Namely, they could compare the early-adopter states to the laggards, and check to see if the former saw greater progress in student achievement than the latter.

It was Eric Hanushek and Macke Raymond who first conducted such an analysis, and their answer was yes: States that embraced accountability in the 1990s made more progress than those that didn’t. Later, Tom Dee and Brian Jacob checked to see what happened once the laggards finally starting doing testing and accountability, too, and found that they also got a bump from accountability—and it bumped them to a new, higher plateau.

We accountability hawks tend to hang our hats on these findings when we argue that standards, tests, and school ratings can raise achievement. But it’s important that we acknowledge some important limitations.

First, both studies found impacts on math but not on reading. This is not unusual in education research. Math achievement appears to be much more amenable to school interventions, perhaps because reading is more connected to family background (e.g., being read to, or not, and the vocabulary you hear in the home), or perhaps because our schools haven’t gotten any better at teaching it.

Second, the size of the accountability impacts, though fairly large, wasn’t nearly enough to explain the huge gains made by the lowest-performing students in the late 1990s and early 2000s.

Third, the progress petered out. Some, like Sandy Kress, believe that’s because we essentially gave up on consequential accountability in the late 2000s, as NCLB grew long in the tooth and Arne Duncan issued waivers that let failing schools slip the law’s chokehold. Others contend that this type of education reform can only carry you so far; in time it plateaus. But then, of course, there was also the Great Recession. (More on that below.)

Fourth, and perhaps most importantly, even if accountability did raise achievement (in math, especially for low-performing students), we don’t really know why. The optimistic story is that the new standards and assessments helped clarify what schools were expected to teach, and they aligned their curricula and pedagogy to these new expectations in ways that helped students learn more. Perhaps schools and districts also responded to NCLB’s subgroup data by doing politically difficult but necessary things to improve outcomes, like assigning the best teachers to the kids who needed the most help or driving additional dollars to schools serving lots of children of color.

The pessimistic—you might say cynical—story is that schools and districts just played games to make their test scores go up. They re-assigned their best teachers to the tested grades. They engaged in endless test-prep. They encouraged low-performing kids to stay home on test day. They reallocated time from social studies and science to reading and math (which is true, though the changes were modest).

It’s probably a mix of all these things, with some schools responding in ways that policymakers hoped while others finagled and cheated in various ways. But something real did happen, for achievement went up, and not just on the state tests that were used for accountability purposes, but also on the no-stakes National Assessment of Educational Progress.

So let’s give accountability some credit—some, but not all.

Did we invest our way to better achievement?

While the policy crowd was busy designing and implementing an array of standards-based reforms, a mostly separate group of advocates was winning school-finance lawsuits from coast to coast, wins that yielded a big increase in spending in the 1990s and especially into the 2000s. (No Child Left Behind actually led to some increased spending, too.)

Several studies show that the increased spending did indeed raise achievement. A recent review of the school finance literature by Kirabo Jackson—some of which focused on the time of this spending surge—led Jackson to conclude that “the question of whether money matters is essentially settled.”

Once again, however, there are limitations to consider, many of which parallel the ones related to accountability. The progress mostly came in math but not reading. The impacts were small, and eventually hit a plateau (possibly because spending itself hit a wall called the Great Recession). And we don’t know much about what schools spent their extra money on that explained their improved results, though higher teacher salaries—which were not the norm in that period—may have helped if and when they were adopted.

As I’ve written before, I’d love for some bona fide card-carrying methodologists to dig into the question of how to explain the achievement gains of the late 1990s and 2000s, and the disappointing results since the onset of the Great Recession. How much of the credit or fault goes to changing socioeconomic conditions (especially child poverty), and how much may be connected to reform (especially standards based reform) and spending? Are there other factors that deserve attention, too (the growth in charter schools, the decline in lead poisoning, etc.)? Is the answer different for math versus reading?

Until that time, it appears to me that a rising economic tide, plus reform, plus resources is a winning combination. The good news is that we’re living in the midst of an economic boom today, and states are opening their wallets again. If policymakers stick with the reform part of this new trifecta, it may work as well now as it did twenty years ago.