Student outcomes have improved in more than just reading and math 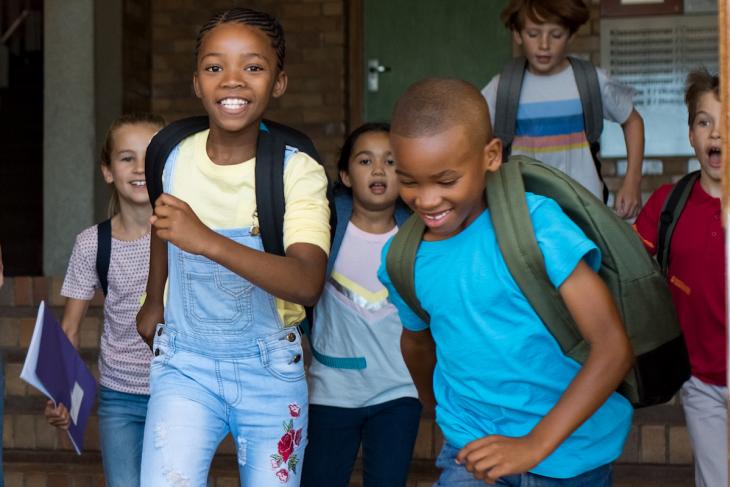 As I indicated last week, I plan to spend the summer writing about whether our schools have improved over the past quarter-century or so—essentially the “reform era.”

There’s little doubt, I argued, that outcomes improved dramatically for the lowest-performing students and for children of color from the mid-1990s until the onset of the Great Recession, at least in the key subjects of reading and math. That was especially the case in elementary and middle schools, though high school graduation and college-completion rates were up sharply as well, even if some of that progress might be due to slipping standards.

A fair question, though, is whether this progress was limited to these two basic subjects, especially since they were the focus of state and federal accountability systems over this period. So let’s take a look at results from the National Assessment of Educational Progress for most of the other academic subjects, too. As has been my practice in the past, we’ll examine trends over time for the national sample, broken down by the major racial groups, as well as by percentiles. This will give us much better information than looking at averages alone.

You can peruse the NAEP charts* below and come to your own conclusions, but here’s what I see:

This is dense stuff. What does it all mean?

First, at the fourth and eighth grade levels, progress in student achievement went well beyond reading and math, especially for low-performing students and students of color, at least until 2007 or so. For example, the writing achievement of Hispanic eighth graders rose by 11 points between 1998 and 2007. The science achievement of black fourth graders rose 13 points from 1996 to 2015. Black eighth graders boosted their U.S. history achievement by 13 points from 1994 to 2014. Hispanic fourth graders gained 17 points on the civics test from 1998 to 2010. This progress is not as dramatic as what we see for reading and especially math, but it’s not nothing, signifying gains of about a grade level or so in each case.

Second, there’s no escaping the conclusion that there’s been little to no improvement at the twelfth grade level. This disappointment is something of a mystery, one I’ll return to later this summer. But needless to say, it’s not good.

Third, it’s hard to imagine that these various trends aren’t linked. It would stand to reason that as reading skills improve, students’ ability to understand other subjects like history and civics will improve as well. (It could also be, as E.D. Hirsch, Jr., has long argued, that students’ reading skills improve as they gain content knowledge.) Of course, it’s possible that our schools got better at teaching these other subjects, as well—a counterintuitive finding, if true, given all the talk about No Child Left Behind et al. “narrowing the curriculum.”

Fourth and eighth graders made progress across the entirety of the academic curriculum from the late 1990s until the Great Recession—especially our lowest performing students and students of color. Next week we’ll start to examine whether schools—and school reform—deserve credit for this encouraging progress, as well as the disappointing results over the last decade. 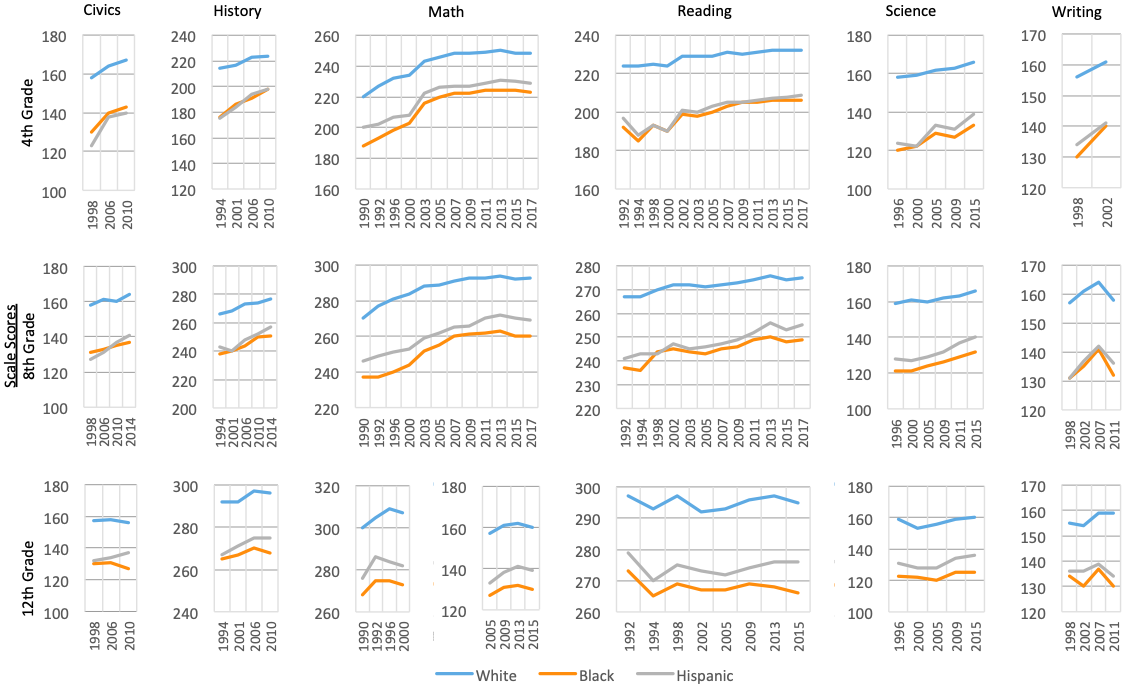 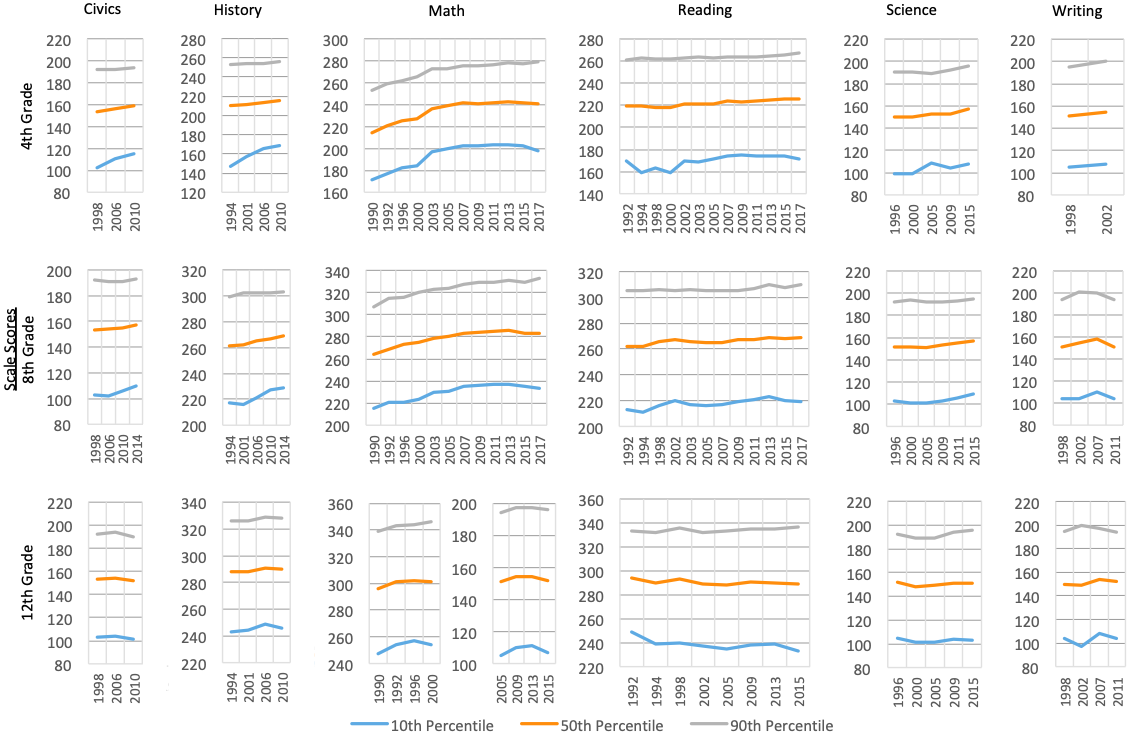 Special thanks to Kara Long, Fordham Institute research intern, for her assistance with the data.