Betsy DeVos and other naysayers are wrong: Student outcomes in the U.S. have improved significantly in recent decades 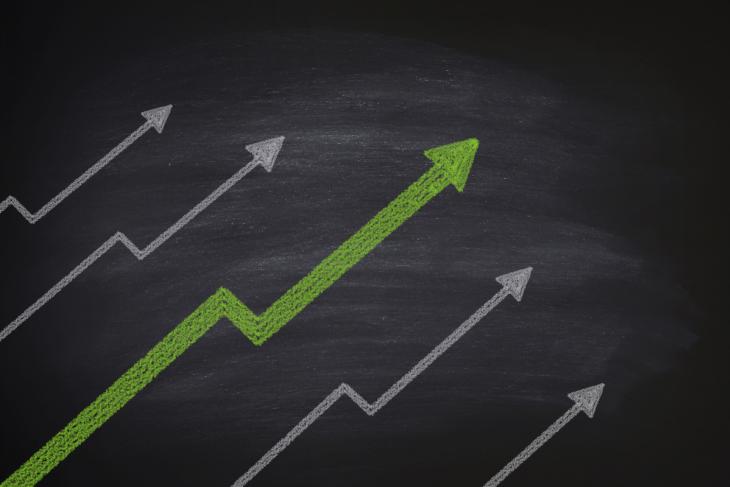 Back in April, speaking in front of the Education Writers Association, Secretary DeVos said that decades of reform efforts and increased social spending, both inside and outside of schools, “hasn't ultimately improved anything for any students, particularly not for the most vulnerable students.” It’s a standard refrain from DeVos, and many other reformers as well, when making the case that past efforts have failed and it’s time to try something different. Even my friend Rick Hess, after acknowledging big gains in math achievement, has argued that “a fair assessment” of the past two decades of reform “would admit that there has been a lot of action, but not much in the way of demonstrated improvement.”

In a series of posts over the course of the summer, I’m going to dig into these claims, all in pursuit of determining whether America’s schools have improved over the past quarter-century of reform. That’s a big, daunting question, because it requires looking not just at outcomes—test scores, graduation rates, college completion, and the like—but also at changing social conditions. As we will see, the untold story of the past several decades—at least until the Great Recession—is that poor kids in America are doing much better than before, and that has served as a welcome tailwind for efforts to improve America’s schools.

But I’m getting ahead of myself. A much more straightforward question is whether outcomes have improved. And here the answer is easy and encouraging: Yes, absolutely—until the Lost Decade of Academic Achievement.

This is how my colleague Nicholas Munyan-Penney and I put it two years ago, as we were preparing for the release of the 2017 NAEP scores:

That last point is critical, because it points to the clearest disappointment: twelfth grade scores in reading and math that are flat as a pancake. And it’s achievement at the high school level that DeVos and others use when making the case that our schools haven’t improved a lick.

To be sure, it’s extremely frustrating that twelfth grade achievement hasn’t improved, and could be an indictment of our high schools, which have been mostly impervious to reform pretty much forever. But there could be other explanations. It could be that the rapidly rising graduation rate (the black “four-year adjusted cohort graduation rates” is up 11 percentage points since 2010; for Hispanic students it’s 9 points) means that there are more low-performing students taking NAEP, students who in the past would have already left school. Or maybe there’s another socioeconomic explanation.

It definitely doesn’t mean our elementary and middle schools aren’t getting better outcomes, though, especially for their lowest performing students. Consider these trends, for example:

Figure 1. Percentage of fourth graders reading below basic on NAEP

Figure 2. Percentage of eighth graders scoring below basic in math on NAEP 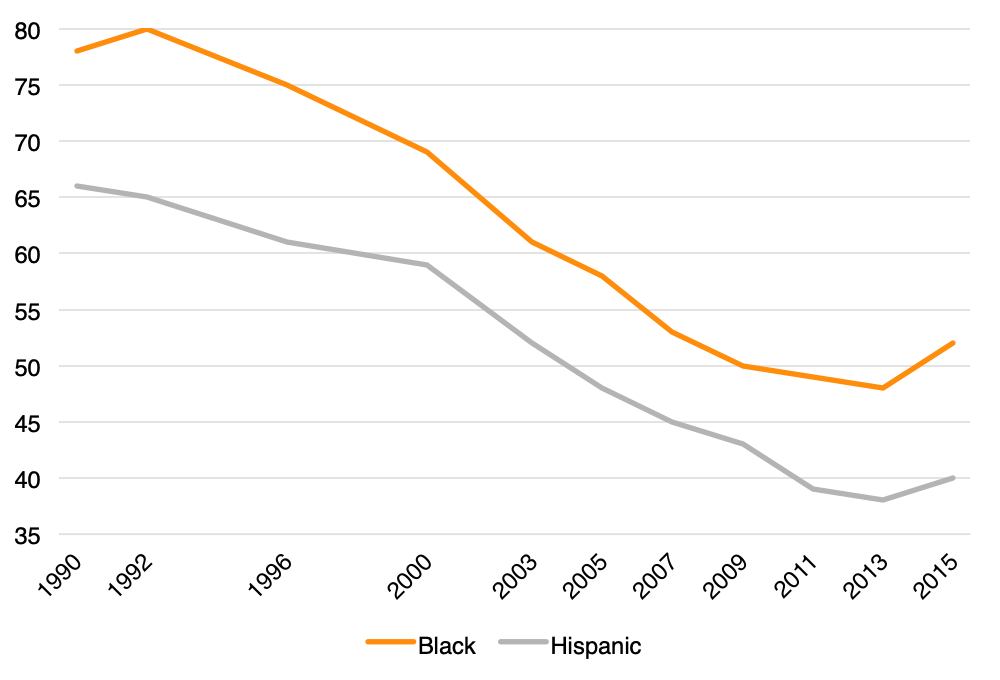 Finally, it’s extremely encouraging (and not well known!) that the four-year college completion rate (for all Americans between the ages of twenty-five and twenty-nine, not just those who graduated high school or even went to college) rose from 24.7 percent in 1995 to 37 percent in 2018. That’s a whopping 50 percent increase. And while racial completion gaps remain large, there’s been huge progress for African Americans and especially Hispanics, increasing their completion rates 47 percent and a remarkable 133 percent respectively over the past quarter century. (Though as my colleague Checker Finn points out, lower graduation standards may be part of the story here too.)

Figure 3. Percentage of 25–29 year olds with a four year degree or higher

A “fair assessment” of the past twenty-five years, and especially the years before the Great Recession, is that something improved outcomes for students, particularly “the most vulnerable students.” To learn whether it was schools or something else, please follow along this summer. My hope is that the answers will help us figure out how to return to the pre-Great Recession trends of big progress once again.