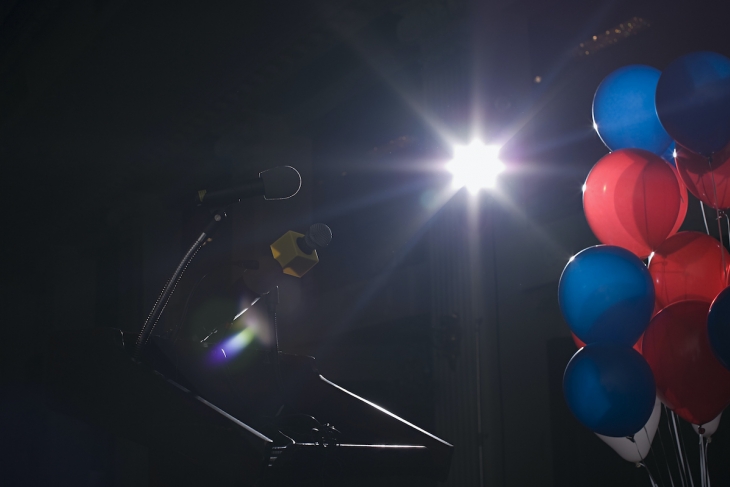 The first-ever virtual political conventions have come and gone, and it was hard not to notice how Democrats and Republicans took wildly different approaches in their handling of education. Not only did their choices reveal the divergent ways that they view the issue, they also spoke volumes about the state of each party.

The Democrats went first. Elizabeth Warren addressed the convention from a classroom with letter blocks spelling out “BLM“ in the background, but Jill Biden’s keynote speech from the high school where she once taught garnered the most attention for her personal and emotional take on the struggles of teachers during the pandemic. With many schools still shuttered, she empathized with the frustrations around reopening but promised that a Biden-Harris victory in November would allow classrooms to “ring out with laughter and possibility once again.” To the extent that education reappeared during the week, the themes revolved around remote learning, funding, and gun violence.

Most telling were the two teachers—both union officers—who were given prime time (though brief) speaking slots as part of the DNC’s roll call of the states. Wearing a “Red For Ed” T-shirt and a “Strong Public Schools 2020” pin, Marisol Garcia, a middle school teacher and vice president of the Arizona Educators Association, highlighted her credentials as an NEA organizer. Representing West Virginia, Fred Alpert, president of the AFT’s local affiliate, underscored his union bona fides by pressing on the point that “elections matter, but so does activism,” calling for “safe and welcoming schools,” “sufficient funding,” and “fair wages.” Taken together with the party platform that was adopted, the spectacle left no daylight between the national Democratic Party and the union apparatus—a fundamentally troubling sign for education reform.

For their part, Republicans decided to forego a party platform altogether, instead releasing a brief, bulleted list with just two education items: “Provide School Choice to Every Child in America” and “Teach American Exceptionalism.” The first point drew plenty of additional attention, as the RNC featured impassioned demands for school choice from a variety of speakers. For better or worse (more on that below), the GOP now sees it as a wedge issue to peel off Black and Latino voters.

Former U.N. Ambassador Nikki Haley noted, “We know that the only way to overcome America’s challenges is to embrace America’s strengths. We are striving to reach a brighter future where every child goes to a world-class school chosen by their parents.”

And South Carolina Senator Tim Scott remarked, “A quality education is the closest thing to magic in America. That’s why I fight to this day for school choice...to make sure every child, in every neighborhood has a quality education. I don’t care if it’s a public, private, charter, virtual, or home school. When a parent has a choice, their kid has a better chance. And the president has fought alongside me on that.”

Indeed, some celebrated the showcasing of school choice as a signature K–12 issue, and it’s true that U.S. Secretary of Education Betsy DeVos has fought for school choice her entire career—not for political gain, but because she’s a true believer. But Trump’s support is as a big-picture sloganeer (“SCHOOL CHOICE NOW!“) rather than as a policy aficionado. To wit, his FY 2021 budget proposed throwing the federal Charter Schools Program into a block grant, which would have effectively killed it. Moreover, DeVos wasn’t even invited to speak!

At this point, it’s instructive to look past the conventions and toward the bigger picture. Namely, the politics of choice and the issues surrounding Trump.

In what has become a self-fulfilling prophesy in nature, the more school choice advocates have aligned themselves with mobilizing Republicans, the more Democrats have felt they’ve been given the permission structure to be anti-charters—which is where the unions have wanted them all along. Trump’s reality distortion field has convinced some that the president has been a boon for public school choice and charter schools, but in the long run, history may show that proponents made a tactical error by allowing choice to become a brand of one party rather than a value deemed worthy of protection by both.

In the sweltering hothouse of today’s politics, the GOP’s play for choice voters remains an open question as to whether it will bear fruit. The Trump administration has repeatedly failed to coax a sweeping expansion of school choice during his tenure. If voters rehire him for a second term, this state of affairs is unlikely to change. After all, if they couldn’t get choice done when Republicans controlled the House and Senate, it’s unlikely they will succeed once they have neither, which could very well happen. Their myopia on choice notwithstanding, there is no blueprint or grand design about how to improve the nation’s education system. Whether it’s choice, school safety, patriotic education, or criticism of the 1619 Project, the president is more interested in “owning the libs” than he is about meaningfully addressing educational shortcomings. Which is too bad because Trump’s hyperbolic embrace muddies the real merits and worthiness of these issues.

By the same token, there’s little reason for education cheer on the other side of the aisle. Democrats have betrayed Black and Latino parents and choice advocates by abandoning them, functionally saying, “What are you going to do about it? Vote for Trump?” And for all of the much deserved lambasting during the Democratic Convention of the president’s mishandling of the coronavirus, there were crickets on how the teacher unions, emboldened by last year’s labor unrest, have unabashedly exploited the pandemic to hold our schools hostage, even in places where the science suggests it’s relatively safe to reopen.

Although most of this is state business, not federal, neither party offered a serious path forward on education reform during the two conventions. The Democrats belong to the deplorably self-interested teacher unions, and the GOP has become a single-issue party in pursuit of choice, leaving us with a lot of talk and no action. Combine this with the Covid-19 reopening challenges and what results is total neglect on both sides of every other substantive element of education reform (e.g., curriculum, standards, accountability). As my colleague Checker Finn recently wrote, teacher unions—and Democrats by association—are “in pursuit of a multi-part agenda: more money, less work, less competition, less testing, less accountability, and while they’re at it, help elect candidates in November (national, state, and local) who will adhere to that agenda.” Meanwhile, Republicans are in the midst of a meltdown as their focus on school choice and little else belies a party now mostly bereft of ideas, principles, or a vision for governing. All told, when it comes to education, there’s going to be a lot of nose holding on Election Day.