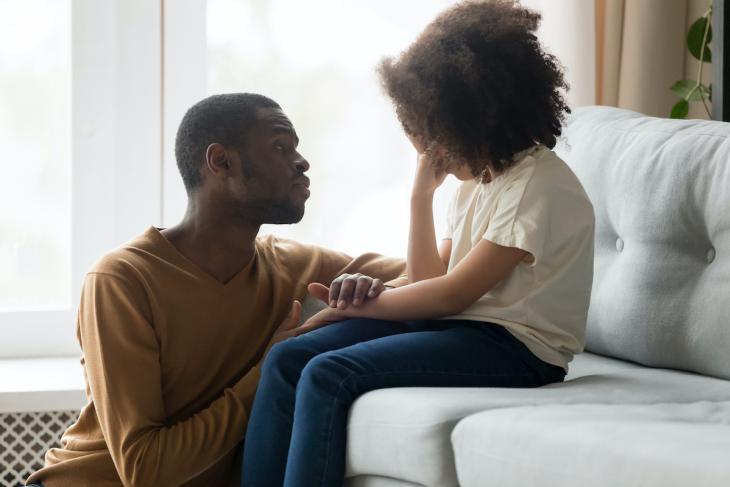 As a center-right think tank president, there are certain things I’m supposed to adore. Among them: donations from billionaires (yes), smoking a pipe (no), and turning prescriptive federal programs into block grants (hell yes!).

That’s right, I love me some block grants, and I’m not afraid to say it. That romance goes back almost twenty years, to when I joined my Fordham colleagues (including pre-reformation Diane Ravitch!) to recommend that “ESEA’s sixty-plus programs be consolidated into six separate state grants.”

The beauty of such consolidation is that it eliminates duplicative and pork-barrel-laden programs, and sends spending authority closer to actual schools, where it belongs. Eliminating the programs outright has the same effect, but is often less politically palatable.

Serving at the U.S. Department of Education (2001–05) did nothing to dampen my interest in this sort of approach; if anything, it made me even more enthusiastic. That’s because the bureau that I helped to create and lead, the Office of Innovation and Improvement, had responsibility for many of the little competitive grant programs that conservatives have long eyed for elimination. And it became clear to me that, despite the positive intent of their legislative parents, these programs were never going to add up to a hill of beans. Many were found to be ineffective, others were the equivalent of earmarks for favored organizations, and even when one or another of them worked in a random school district here or there, they were far too small to have anything close to a national impact.

So, like others in the conservative wonkosphere, I welcome the Trump Administration’s proposal to consolidate more than two dozen programs into a block grant.

But there’s an important caveat because one of these things is not like the others. When it comes to the “Elementary and Secondary Education for the Disadvantaged Block Grant,” the federal Charter Schools Program just doesn’t belong.

Here are the top five reasons why Congress should un-block the charter grant program.

1. Urban charter schools are boosting outcomes for poor kids and kids of color. Given Washington’s historic and limited role, it makes sense for it to invest in programs that (a) have strong research to back them up and (b) are focused on the neediest kids. Charter schools check both boxes. For example, in a 2015 analysis of charter performance in forty-one urban locations, CREDO estimated that black students in poverty gained forty-four days of English language arts (ELA) learning and fifty-nine days of math learning if they attended charters in those places. Similarly, Hispanic students in poverty gained forty-eight days of additional learning in math and twenty-five days in ELA. Finally, Hispanic students with English-language-learner status gained seventy-nine days of learning in ELA and seventy-two days of learning in math. Overall, urban students who enrolled in urban charters for at least four years gained a total of seventy-two days of learning in ELA and 108 days—or more than half a year of learning—in math. And it’s not just test scores. Rigorous studies have also found positive impacts of charter schools on high school graduation, teenage pregnancy, college enrollment, crime, voting, and even earnings.

2. Charter schools are also helping traditional public schools to improve. The charter-versus-district dichotomy is often cast as a zero-sum game, with one sector’s gain viewed as the other’s loss. Yet that is not actually the case. The healthy pressure charter schools put on districts is helping to lift all boats. A recent Mathematica review of the literature on this question identified nine studies that found positive effects from charter competition, three that found negative effects, two that found mixed effects, and ten that found null effects. Furthermore, when Fordham looked at the relationship between local charter market share—that is, the percentage of publicly enrolled students in a “geographic school district” who attend charters—and the average reading and math achievement of all students (including those in traditional public schools), we found that an increase in charter market share was associated with an increase in achievement, especially in black and Hispanic communities and in the largest urban areas.

3. Millions more poor kids and kids of color could benefit from new charter schools. It’s heartening that 7,000 charter schools today serve over 3 million children, 59 percent of whom are black or Hispanic. Yet even if we just focus on the communities where charters have proven to be most effective, that leaves millions of young people without these lifesaving options. Let’s say we want to get the “charter market share” of every high-poverty, majority-minority urban district to 25 percent—in cities big and small, and in inner-ring suburbs to boot. My back-of-the-envelope calculation is that we would need at least another 3,000 high quality charter schools, serving an additional 1.5 million students. But that will take a sizable investment. Speaking of which…

4. Federal start-up funds are essential to the growth of new charters. It’s well-known that charter schools are severely underfunded, getting 60, 70, or 80 cents on the dollar compared to traditional public schools in many cities. But charter advocates aren’t asking the federal government to fix that problem. No, they just want Uncle Sam to continue to play Johnny Appleseed, as it has since the early 1990s, and fund the creation of new schools so they can serve more kids. In this way, they aren’t anything “like the lobbyists for all of the other competitive grant programs,” as Trump official Jim Blew told Chalkbeat. The traditional education groups usually want more money to do the same old thing. Not so with charters; they just want one-time funds to cover start-up expenses. And it’s naïve or worse to think that local school districts, which would receive the vast majority of the block grant funds under the administration’s proposal, would spend the dollars on creating more charter schools themselves.

5. The federal Charter Schools Program is better than ever. Tweaks included in ESSA mean that its $440 million in annual funding is focused on quality, not just quantity. Dollars now flow to the replication of high-performing schools (rather than just the creation of new ones) and can go around obstinate state education bureaucracies that aren’t willing to champion these innovations. And there are more safeguards than in the past that the money is spent on essential needs.

No federal program deserves to live forever, even though most seem to. But the Trump administration is wrong to pull the plug on the Charter Schools Program. It still has too much to accomplish, and its time has not yet come. Congress, now’s your chance to give it the lifeline that it deserves.