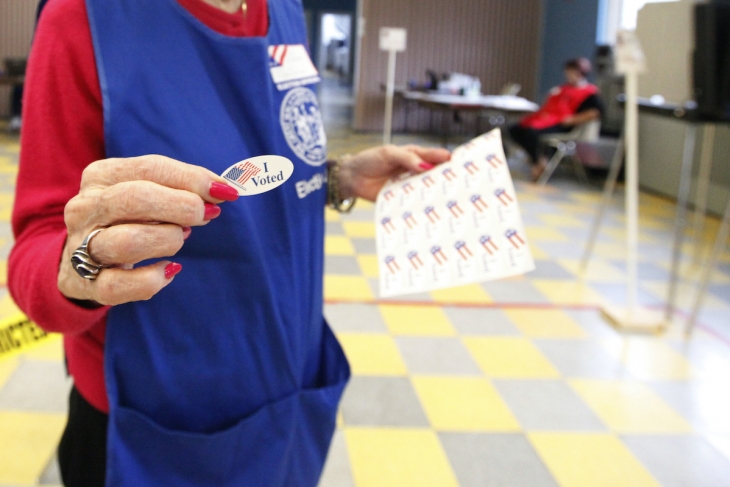 According to an opinion piece published in The Wall Street Journal, the election of Florida’s Republican governor Ron DeSantis in 2018 can be credited to African American women who voted to protect tax-credit scholarships and charter schools. If these “school choice moms” swung a razor-thin gubernatorial contest, could black and Hispanic women help determine who wins the White House in November? Assuming that school choice made the difference in the Sunshine State, it would follow then that making it an issue in Michigan, Pennsylvania, and Wisconsin could create some productive mischief. After all, Trump won these three states by 0.2, 0.7, and 0.8 percentage points, respectively, and by 10,704, 46,765, and 22,177 votes. If Hillary Clinton had gotten these 80,000 votes, she would have won the election.

Consider the numbers in Florida. Of the 650,000 black women who voted, 18 percent chose the winner. Granted, 18 percent of the black female vote in Florida translates to less than 2 percent of the total electorate, but in an election decided by fewer than 40,000 votes, these 100,000 black women proved pivotal. Florida’s tax-credit scholarship program serves more than 100,000 low-income students, most of whom are minorities and whose mothers are registered Democrats. Even more students are enrolled in the state’s 650 charter schools.

In an open letter penned last week by Dr. Howard Fuller to presumptive Democratic nominee Joe Biden, Fuller underscored the importance of school choice to parents of color in a not-so-subtle warning to the former vice president:

You cannot ignore [black and brown families who have chosen public charter schools] and expect us to march blindly to the ballot box to support you. Your party made that mistake in 2016. Think long and hard before repeating that mistake in 2020.

To be sure, every vote counts in a close election, but how worried should Biden be about school choice moms?

It’s already become clear that African American women will feature prominently in this fall’s contest. Indeed, Biden is being pressured by some to select one as his running mate, perhaps even more so now in light of last week’s “you ain’t black” gaffe. He’s already confirmed that “multiple black women [are] being considered,” namely Senator Kamala Harris, former Georgia gubernatorial candidate Stacey Abrams, and Florida Representative Val Demings.

While black women were instrumental in putting Biden over the top in the primaries, his victory came in spite of Hispanic women. Critics say that the campaign’s efforts thus far to reach out have been lackluster, which means Biden has ground to make up. Notably, school choice helped solidify support for Florida’s governor among Hispanic women at an impressive 41 percent. Along with black women, they probably shouldn’t be taken for granted.

Although Biden currently leads Donald Trump in national polling, the numbers are generally closer in battleground states. As such, the school choice policies in six of the big ones—Arizona, Florida, Michigan, North Carolina, Pennsylvania, and Wisconsin—will be important to consider if they hold the keys to 1600 Pennsylvania Avenue. For my rudimentary analysis, I used the same CNN polling data in The Wall Street Journal op-ed to compare how black and Hispanic women voted in each of these states and whether they outperformed the GOP national average, highlighted in yellow in the chart below. To add some texture, I also included school choice data from the National Alliance for Public Charter Schools, the Center for Education Reform, and EdChoice.

Here’s a look at school choice in the six swing states that will have an outsize impact on the November election:

The Keystone State surprised many when it went for Trump in 2016, the first time it fell into the red column since Bush Sr. in 1988. But with Biden being a native son, it’s hard to imagine that happening again in November. If lightning is to strike twice in Pennsylvania, it will be white voters without a college degree—not school choice moms—turning up in big numbers to put Trump over the top.

FiveThirtyEight has Biden up in this traditionally red state. But as is possibly the case in a number of places, Trump is being weighted down by the pandemic and the economic shutdown. Except for Bill Clinton’s win in 1996, Arizona has been dependably Republican since 1952. While African Americans make up a relatively small share of the state’s student population (5 percent), nearly half are Hispanic. However, because Hispanic students are underrepresented in Arizona’s charter schools, activating Hispanic moms on choice might not be worth the effort.

Trump unexpectedly turned Michigan red for the first time in nearly thirty years. Doing so again will be a considerable challenge. If it were to happen, Metro Detroit would be the place to target, with nearly 60 percent of the state’s charter school population. How hard would it be to rile up school choice moms in the Wolverine State in the wake of the governor’s failed attempt to cut charter school funding?

Since 1968, North Carolina has been almost exclusively Republican when it comes to presidential contests. Indeed, Trump is performing better here than in any of the other five battleground states, and he slightly outperformed the average with Hispanic women in 2016. But the Tar Heel State has fallen short when it comes to low-income and minority students, and there’s research to suggest that their charter sector is more of a boon to white, middle-class families. On the positive side, charters in North Carolina do a better job at hiring teachers of color.

The state that Dr. Fuller calls home has been a pioneer on school choice in no small part due to his leadership and vigilance. But given its predominately white electorate, Wisconsin is viewed by many as the weakest link in the Democratic “Blue Wall.” In fact, former Republican Governor Scott Walker almost matched the strong showing with African American women had by Governor DeSantis. On education, the current governor’s crusade against choice could rally charter school parents in keeping the state red.

Although the Sunshine State is now the president’s official residence, the perennial swing state—someone once quipped on Twitter that a choice between a kick in the head and ice cream would result in a recount—is unsurprisingly within the margin of error. Both Trump and the governor have done better than expected with African American women. If there’s a state where school choice moms can force a photo finish again, it’s Florida.

All told, there are two parts to this equation. The first are the polling numbers, where there isn’t a ton of evidence—outside of Florida—to suggest that school choice moms can help the current president punch above his weight. However, the second is the moral calculus: At what point does the Democratic party’s antipathy to a school choice agenda that’s popular with black and brown voters cost it the votes of a segment of the base they’re counting on?

Earlier this year, the Powerful Parent Network successfully brokered meetings with a number of Democratic frontrunners, including the ultimate winner. Biden told one of the group’s leaders, Sarah Carpenter, that he was “not a charter school fan.” Carpenter left disappointed, saying afterwards, “Nobody’s addressing the system that got our kids into this mess.” By throwing choice and charters under the bus, Biden is engaging in a game of chicken with school choice moms and asking, in effect, “What are you going to do? Vote for Trump?” Perhaps not. But if Fuller is right, the Democrats’ disregard for black and Hispanic voter preferences on choice could keep enough of them at home in a few key states, which would be a disaster for those who view the current occupant of the White House as an existential threat to the Republic.