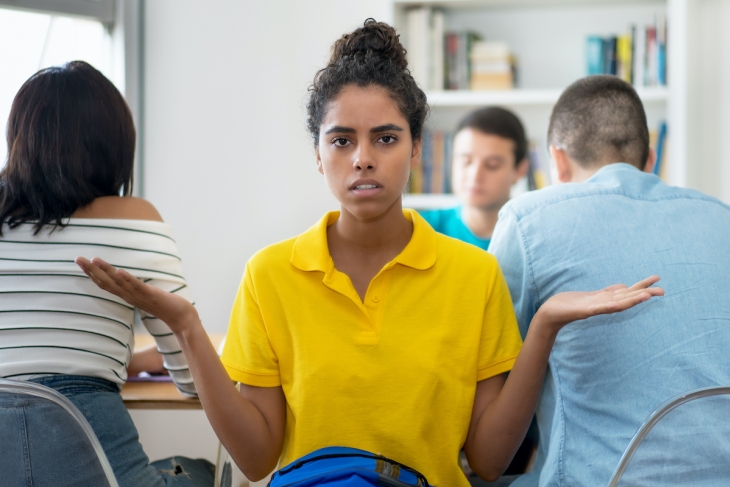 Last week, Fordham released a blockbuster review of all fifty states’ and D.C.’s standards for civics and U.S. history. Coming nearly six months after the disgrace of January 6 and on the eve of our nation’s Fourth of July celebration, the organization’s fifth review of U.S. history standards and (surprisingly) first analysis of civics standards is a much-needed addition to the present-day energy and effort admirably being devoted to bolstering the parlous state of that education—and of American civil society writ large.

The report’s authors found that twenty states have “inadequate” standards that need a complete overhaul. An additional fifteen states were deemed to have “mediocre” standards that require substantial revisions. As my esteemed colleagues Checker Finn and David Griffith noted in the report’s foreword, these results “might be compared to a cloudy sky in which we can still glimpse a handful of stars.” Less charitably put, they could also be seen as a cracked windshield covered in mud. Case in point: The lackluster showing of U.S. students on both the NAEP’s U.S. history and civics exams suggests that some schools barely teach the subjects at all.

This omission would be consistent with my experience as a former elementary teacher and principal, where my unapologetic focus was on boosting reading achievement in a district that was notorious for failing large swaths of students in this critical subject. With the benefit of hindsight, I recognize now that I should have done more to heed the advice offered in the report of bringing that same ambition to the teaching of civics and U.S. history, if only for the powerful effect of elementary social studies upon reading comprehension. It’s in the wake of current events that I’ve come to truly appreciate the importance of starting early in helping our students internalize what it means to be an American.

The inattention to teaching civics and history at my school, Elm City College Prep, should also be considered in the context of being recognized at the time, now nearly two decades ago, as one of the best in the state. In fact, Elm City is still highly rated. Again, my colleague Finn:

We may be asking too much of schools. Just about every time there’s a big problem on the minds of adults…we turn to the schools to tackle it and sometimes singlehandedly to solve it. This never works. Schools, when they’re effective, are pretty good at teaching the three R’s, making young people literate and numerate, even giving them a decent grounding in science and (rarely) the humanities and arts.

Indeed, like Robert Pondiscio, I tend to subscribe to the unpopular notion that we should be asking schools to do less, not more. There’s a good case to be made that the first, second, and third priority of schools, especially elementary schools, should be to ensure that every student is up to snuff when it comes to reading, doubly so as we slowly emerge from the generational crisis of Covid-19. Of course, reading and history aren’t mutually exclusive, but ask any educator and they’ll tell you that it’s a slippery slope from having manageable priorities to being overwhelmed by initiative overload.

What’s more, the obstacles in the way of improving the sad state of civics and history run up and down the line. As the authors soberingly point out, four states—Alaska, Illinois, Rhode Island, and Vermont—don’t even have U.S. history standards, and in at least half a dozen other jurisdictions, those standards are “barely detectable.” To the extent they do exist, standards in civics and history are overbroad, overly rigid, and of little use to teachers in the way of clear guidance. Even in the handful of states that were rated as exemplars, these standards are too often operationalized in a way that’s either boring or superficial. To wit, Google’s former chief education evangelist Jaime Casap once quipped, “George Washington never told a lie and he chopped down a cherry tree: That’s what I remember [from U.S. history].”

So where does this leave the prospect for schools and districts giving American students a better grounding in the essential knowledge, skills, and dispositions required for informed citizenship? As far off the radar as civics and history were during the days of NCLB, the two feel even further out of reach in today’s hothouse of negative partisanship. Sure, individual schools, districts, and maybe even a state or two might make a little progress, but by and large I would expect the teaching of these two important disciplines to remain largely mired in the muck.

But fixing these standards would be a good start, indeed a prerequisite to improving how civics and history are taught if states ever become serious about teaching them. Fordham has performed a valuable service by providing a durable roadmap worth following. Encouragingly, several states have signaled some interest in using the report as they begin the process of recrafting their social studies standards. Still, getting all of this right will be incredibly difficult. The four states and D.C. that received high marks show that it’s possible, but they are exceptions that prove the rule. Most states will continue to avoid the tough debates required, preferring to take the path of least resistance—promulgating standards that are so vague as to be meaningless.