The State of State Standards for Civics and U.S. History in 2021

Is America a racist country? Or the greatest nation on earth?

Such a divisive question leaves little room for the complexity, richness, and nuance of our country’s past and present. But it’s the sort of question that often seems to get asked in today’s polarized environment. It’s little wonder, then, that the tattered condition of civics and U.S. history education constitutes a national crisis. Various efforts—some wise, some hasty, some dangerous—are underway to repair the situation, but the logical place to start is with what states expect their schools to teach and their children to learn in these two key subjects.

Some key findings are as follows:

To ensure that every American student has access to a rich and balanced civics and U.S. History education, states are encouraged to

The great purpose of civics and U.S. history education is to provide a common framework for resolving our differences even as we respect them—that is, to manage peacefully and constructively the eternal balancing and rebalancing of pluribus and unum. This report is one step in that direction.

For more on the findings, read the national report.

For more specific recommendations for all fifty states and D.C., click on your state below to navigate to its individual review.

How strong are your state's civics and U.S. history standards? 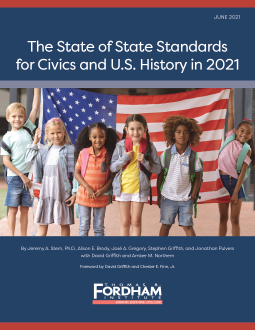 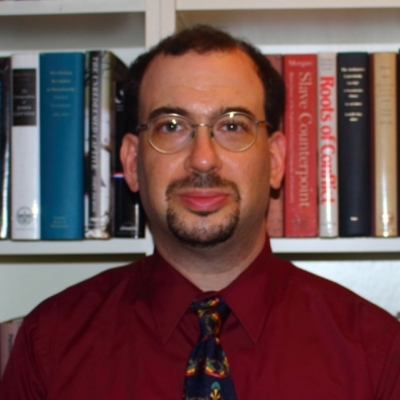 Jeremy A. Stern is an independent historian, history education consultant, and writer. He earned a Ph.D. from Princeton University and he publishes and speaks on both historical and educational topics. Dr. Stern was the lead reviewer for the Fordham Institute’s The State of State U.S. History Standards 2011, and has produced and consulted on history content for other educational organizations including The College… 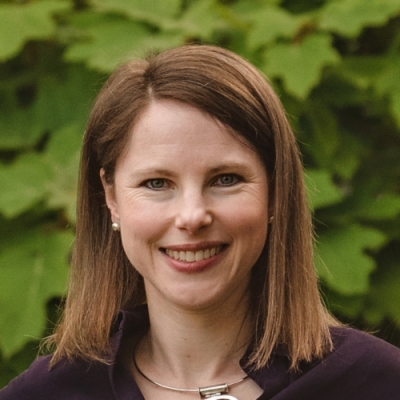 Alison E. Brody is a former litigation attorney and longtime civic educator in Portland, Oregon. She has served on the boards of various civil rights and higher education organizations at the state and national levels. Since 1999, she has coached the Lincoln High School Constitution Team. Her students have won three national championships in the We the People competition. She also works with the Classroom Law Project to… 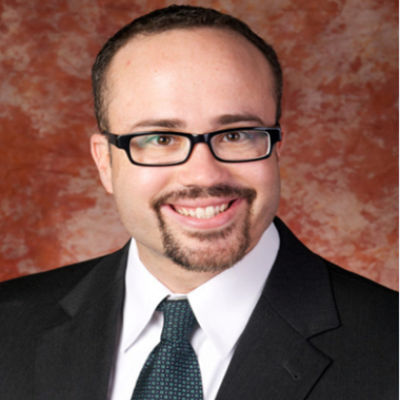 José A. Gregory obtained his B.A. from Yale College in 1998 and then attended the University of Pennsylvania for graduate school. He has worked as an AP U.S. History teacher for 18 years, attended the AP Reading since 2008, and served in a leadership position since 2017. As a College Board endorsed consultant, Mr. Gregory facilitates various workshops and AP Summer Institutes around the country. Mr. Gregory currently…

Stephen Griffith is a graduate of Harvard College, the University of Oxford and Stanford Law School. He practiced law for 37 years with the Stoel Rives law firm in Portland, Oregon, where he was a general trial lawyer and adviser to high schools, colleges and universities. He has taught history, government and economics for 25 years at the high school, college and graduate school levels in the United States and abroad.  …

Jonathan Pulvers is an educator and educational consultant. After working on local, state, and national campaigns, Jonathan decided to change tracks and devote himself to civic education. He has spent time in and out of the classroom in varied and diverse school districts catalyzing student involvement in civic life. He has coached three “We the People” national champion teams, mentored students in numerous local civic… 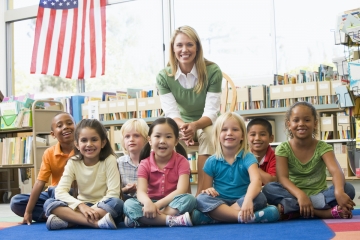 State civics and U.S. history standards are less politically biased than before. Let’s keep it that way.