Beware the calls for post-Covid innovation 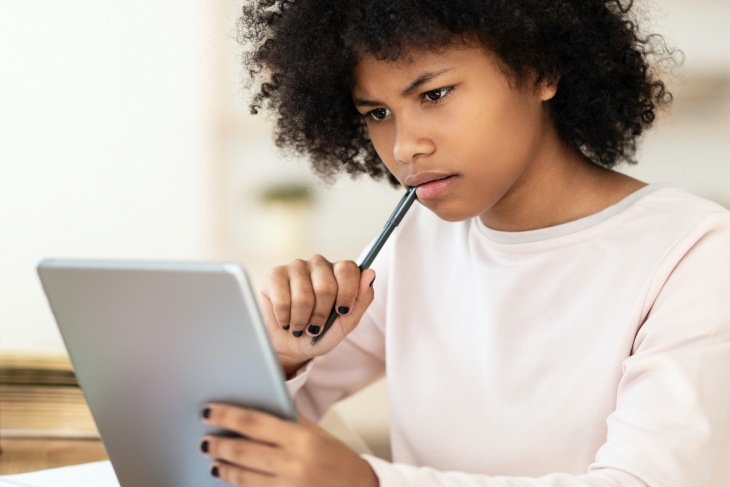 Now that Uncle Sam’s check is in the mail, one of the biggest hopes for schools is that they will be able to leverage the massive infusion of cash to be more creative, imaginative, and innovative. This was the topic of a plenary session I moderated earlier this month titled, “The Schools, They Are a-Changin’,” under the auspices of the Colorado League of Charter Schools. (I serve on the League’s board of directors.) The conversation featured Ian Rowe, resident fellow at AEI and trustee at the Thomas B. Fordham Institute; Jaime Casap, former chief education evangelist at Google; and Kathleen Porter-Magee, superintendent of Partnership Schools, a network of Catholic schools in New York City and Cleveland.

The hour-long discussion was wide-ranging and freewheeling, deliberately so, as I was interested in exploring the calls for big ideas and moonshots ahead of the next school year. Part of the challenge is one of language, as astutely observed by Rowe: “We need a giant glossary of terms because seven people will use the same word and there are nineteen different definitions of the same.” Indeed, the gossamer language being employed—from “reimagination” and “reinvention” to “equity” and “redesign”—can be rendered meaningless without the clarity of shared understanding. The use of “innovation” is particularly suspect in our sector, and yet it’s casually bandied about as a goal to which schools and systems must aspire.

What should innovation in schools look like? It’s a question that’s often been posed to Casap as someone who often speaks about the need to prepare students for a rapidly changing workforce. In the context of the pandemic, he recounted his six-year-old’s experience with her Montessori school and their consistent approach to ensuring the safety of all students. From daily pre-screening questions to vigilance around the use of PPE, the school has established a coherent process from which they never waver:

Everyone thinks of innovation as being creative...what’s it like to be creative at Google and you throw things up on the wall and you sit on medicine balls and all these other things... the reality is real innovation is hardcore, army-like discipline [emphasis added]. [My daughter’s] school has been very disciplined in how they approach things.... They don’t budge…. They stick to their rules. [As a result,] the school has stayed open for the entire time.

It was a refreshingly novel definition that turns the warm and fuzzy term on its head, and a stark departure from how it’s defined by, well, just about anyone, including the U.S. Department of Education:

Innovation is the spark of insight that leads a scientist or inventor to investigate an issue or phenomenon.... [It] is based on curiosity, the willingness to take risks, and experimenting to test assumptions. Innovation is based on questioning and challenging the status quo.

When folks talk about the need for innovation in schools, they’re thinking more along the lines of what the feds are describing than what Casap is. But what’s intriguing is that the examples of innovation provided by the other two panelists were more closely aligned with Casap’s zeal for robust systems and processes.

To wit, Rowe talked about his effort in shaping the National Summer School Initiative, which aimed to improve online teaching by leveraging expert “mentor teachers” to improve “partner teachers,” a process akin to the Japanese model of teacher-led lesson study, but on steroids:

Imagine a scenario in which a mentor teacher is teaching a class, it’s videotaped, and then that videotape and the mentor teacher can now have daily professional development with all of these partner teachers in the same grade, same subject, all across the country. [The mentor teacher can] have a real time conversation to say, “Here’s the class that I taught today that you’ll be teaching tomorrow or the next day. Here are the kinds of moves that I made, here are the likely questions you’ll get from the students, here’s video of me making this move....” It’s the kind of intellectual preparation that’s like gold.

Porter-Magee was similarly clear in her convictions about what was required to ensure the success of her students and teachers:

When we think about what we had to do and what innovation looked like across Partnership Schools, we don’t necessarily have a model as much as we have a mindset. Our mindset is one of focus, excellence, and support. On the focus side, it means deciding what is most important and then finding a way to do that at an extremely high level.

She credited this mindset with helping her schools make the initial shift to remote learning last spring when her team used an extensive review of their curriculum—prioritizing key content that had to be taught synchronously versus what could be done asynchronously or independently—to reorganize the daily schedule. The “innovation” was the elbow grease to figure out what was most essential for her in-person teachers to take on, and taking everything else off their plates.

Elsewhere in these pages, Mike Goldstein and Bowen Paulle recently published a white paper on high-dosage tutoring and spoke about it on Fordham’s Education Gadfly Show podcast. Both HDT and the need for moonshots are having a moment at the tail end of the pandemic, but investors eager to dive into the silver bullet market would do well to be skeptical. What we don’t need are grand new designs from a high-powered consulting firm, Goldstein and Paulle argued, but excellent local managers who can try a certain approach, evaluate it, and make adjustments on the fly. To the extent there’s a recipe to education recovery, it’s strong leadership, A-plus execution, and a culture of continuous improvement.

Still, I’m of two minds when it comes to these calls for more innovation. As a policymaker, I admittedly get excited about out-of-the box ideas like the ones recently offered by my colleague Mike Petrilli. But as a former teacher, I’m simpatico with my other colleague Robert Pondiscio, who believes that the problems facing schools today are not for a shortage of ambition. After moderating this panel, I wonder if it would be helpful to drop the term “innovation” from our lexicon altogether and instead adopt a do-what-works ethos where clearer evidence and better implementation are afforded a higher premium.