What the Capitol riot means for civics education 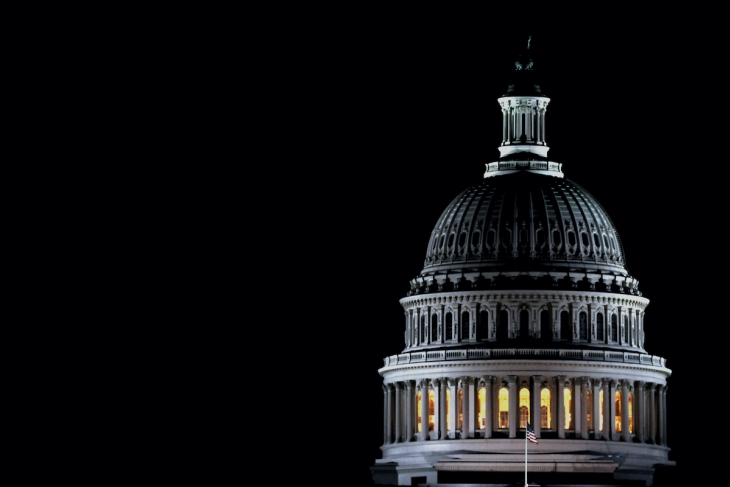 Still reeling from the assault on the Capitol and the subsequent impeachment effort against Former President Trump, the education sphere’s attention has understandably returned to the need to resuscitate the teaching of civics and history. If schools did a better job of grounding our students in the principles of a free society and a basic understanding of U.S. history, laws, and institutions, the thinking goes, the body politic might be less susceptible to the inflamed passions animating today’s self-destructive behavior. Calls for addressing America’s civic ignorance are nothing new, but they’ve taken on heightened urgency in the dark shadow of sedition and insurrection.

Sadly, Americans’ thumbless grasp of civics and history is well documented and nearly a cliché. According to the Institute for Citizens and Scholars, as of 2018, fewer than one in three adults could pass the U.S. Citizenship Test (the old, easier version). A survey by the Annenberg Public Policy Center found that only a quarter of Americans can name all three branches of government—a task that my daughter, who is in kindergarten, has already mastered. And the National Assessment of Educational Progress reminds us that students’ knowledge of civics remains dismal and underwhelming. Indeed, former talk show host Jay Leno famously made a mockery of all of this in his “Jaywalking” segments, where ordinary Americans provided cringeworthy responses to questions from the nation’s naturalization exam.

The importance of an informed and engaged citizenry is unassailable. But what if it’s just the tip of the iceberg for getting schools back on track? That’s the thrust of a thought-provoking piece Andy Rotherham recently wrote in which he challenged the prescription of civics education as a remedy for the problems that were on display in our nation’s capital earlier this month:

I’m not sure a better understanding of our civic traditions might have dissuaded [the mob that stormed the Capitol]. They were there because they believed the election was stolen or were opportunists hoping to create chaos, launch a race war, or set up a white or Christian ethnostate—among other toxic and batshit crazy theories.

Seems like that is more about a toxic blend of misinformation and ideology more than it is about civics? I’m not arguing the rioters were paragons of civic knowledge… But to say [the assault] owes to a failure of civic education seems like blaming a shooting on a lack of understanding of firearms laws.

Rotherham goes on to posit that there are larger forces at play, namely the negative polarization and nationalization of today’s politics as well as the gradual erosion of civil society. The internet and social media in particular have inundated us with a river of misinformation that Americans are drowning in. Rotherham asks, “What if math and logic are a more powerful intervention than civics?”

People are always going to disagree, which is why civics education is important. It can help our students to keep those disagreements within (non-violent) bounds. But what’s happening now is part of what Rotherham calls a “post-modern information nightmare.” When 70 percent of Republicans believe the election was illegitimate, it means we have a far deeper problem than just how civics and history are taught. There are no easy answers, but it often feels like education—of any variety—is weak medicine for this dark phase of America’s politics.

Perhaps what’s really needed is a recommitment to the values of the Enlightenment: reason, facts, and science. The rabble that ransacked the Capitol probably wouldn’t have changed if they had been better versed in the theory behind America’s founding. But from an education standpoint, they might not have become so strident if they hadn’t been so vulnerable to brainwashing in the first place—a vulnerability that could have been inoculated against in school as part of a curriculum that trains students to think critically and instills a respect, even a reverence, for knowledge and evidence.

What’s more, the Founding Fathers prized reason and wisdom, regarding a well-educated citizenry as requisite for our survival as a free people. The starting point for the early American republic was a literate and virtuous electorate that could read the newspapers being printed everywhere and distinguish fact from fiction, as well as conspiracy from reality. Reason could override the tyranny of the masses, which the Founders—particularly James Madison—were presciently concerned about as a lurking threat to the American experiment. Now more than ever, schools must impress upon the minds and souls of our young people the importance of sound judgment, integrity, modesty, and dignity.

Plans, road maps, and studies abound for tackling this daunting assignment. To wit, my colleague Checker Finn wrote a smart paper last summer arguing for a national citizenship curriculum. My other colleague Robert Pondiscio just authored a beautifully written piece on the need for students to weigh present circumstances against like challenges of the past. Both articles offer compelling ideas worth pursuing, but broadly translating them to schools and classrooms has proven to be an elusive exercise—in large part because civics education is a harrowing landscape fraught with major fault lines and potential minefields.

Few will accuse schools of doing a good job teaching about any of this, but the breaking points are by now obvious. The violent endgame of Trump’s presidency echoed the all too frequent tendency among schools to teach our students why American institutions are fundamentally irredeemable rather than inheritances for which to be grateful. Although the two aren’t mutually exclusive, this split will be uniquely difficult to bridge if students are reared without clear moral principles and aren’t explicitly taught how to argue and disagree in good faith.