Relinquishment or instructional coherence: What’s the right goal for districts? 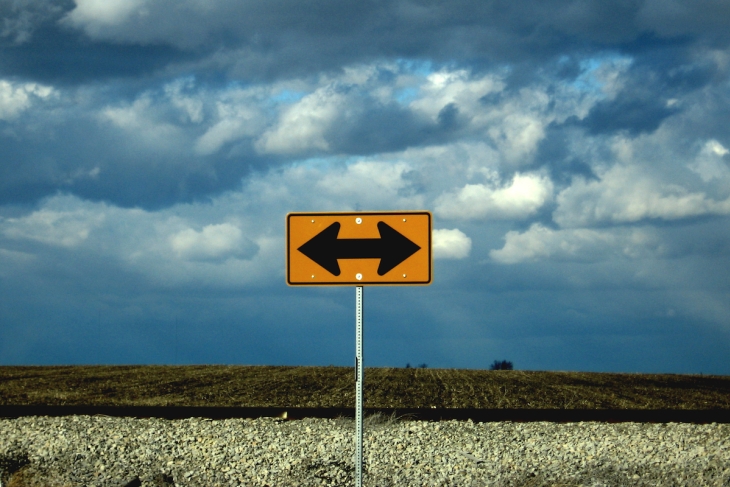 The “tripod” of standards, testing, and accountability has taken a real beating in recent years, following decades in which it was accepted dogma within reform circles. At this point, many seem eager to move on from standards-based school improvement entirely—federal law notwithstanding—but count Michael Cohen and Laura Slover as not being among them. The two reform veterans recently offered a full-throated defense of the standards movement in an essay for FutureEd titled “Unfinished Agenda: The Future of Standards-Based School Reform.” In it, the authors look back upon the evolution of the nation’s stalled campaign to raise standards, and argue that, whatever its shortcomings, the effort remains a worthwhile one, if incomplete. To finish the job, they say, states and districts must pursue a “coherence agenda” that clearly aligns vision, curriculum, professional development, assessments, and accountability systems with rigorous college and career-ready standards.

My colleague Checker Finn provides a helpful overview and critique of Cohen and Slover’s article in these pages, so I won’t belabor the point, beyond noting that I think he’s right that their agenda will be hard, if not impossible, for states to pull off. But let’s set aside for now the state question and ask what’s the right approach for districts: instructional coherence à la Cohen and Slover or what the City Fund’s Neerav Kingsland used to call “relinquishment” (more on that below). To be sure, either one is a heavy lift.

Indeed, improving instructional coherence would be a complex undertaking, requiring districts to smartly synchronize their spending, staffing, structures, and systems. The first question is whether districts have the capacity to pull it off. Cohen and Slover believe they do, citing a recent report that highlighted Boston, Chicago, Dallas, Miami-Dade County, San Diego, and Washington, D.C., as promising examples of districts that are building their instructional capacity. Students in each of these cities have shown significant improvement in reading and math achievement on the National Assessment of Educational Progress. What might it take to emulate their success?

For starters, it would demand a long-term commitment to school improvement, which means a consistently steady hand on the tiller. Superintendent turnover is difficult to gauge, but it’s high in urban districts—more so during the pandemic, including most of the cities in the aforementioned report. We also have in the United States an education system that actively produces powerful disincentives to the use of high-quality instructional materials. And unlike the highest performing systems in the world, we have students that routinely arrive in middle school two to three years behind grade level—a gap that is exacerbated in high school. When it comes to choreographing instructional systems, the odds seem heavily stacked against districts doing it well, let alone at scale.

Relinquishment is based on three principles: (1) educators should operate schools, (2) families should choose among these schools, and (3) government should hold schools accountable for performance and equity. The primacy of accountability and flexibility were embodied in former U.S. Secretary of Education Arne Duncan’s mantra (appropriated from the corporate world) of being “tight on goals, loose on means.” New Orleans was the first city in the country to adhere to these principles, but certainly not the last. They undergirded the previous education strategy in my hometown of Denver, Colorado, which not too long ago was an exemplar of making more schools like charter schools. Although Denver’s star in the reform galaxy has fallen, there are still bright spots in the constellation, and good reason to keep the faith that districts would be better off focusing on school innovation, autonomy, and results as a course of action.

Consider my former home of Indianapolis, where a new CREDO study found that the city’s charter and “innovation schools” showed consistently better results than the local district. To wit, Indianapolis charter and innovation school students achieved growth equivalent to sixty-four and thirty-four days, respectively, of additional learning in English language arts, and 116 and forty-seven days, respectively, in math. Portfolio-style reforms are also thriving in places like Camden and Newark, and on the rebound in New York City. At the same time, it’s fair to be concerned about how long this type of progress can be sustained, as well as capacity and scale (e.g., if a subset of “empowered” schools in a district get better while the majority continues to languish). While Indy appears to be on the ascent, Denver is a cautionary tale that districts may always struggle to relinquish power to charter-like schools without eventually giving in to their DNA, which is hardwired to claw it back.

Weighing relinquishment against instructional coherence—one might say tight-loose versus tight-tight—the tradeoffs involved with each suggest success may be contextual and highly dependent upon the individual district, along with its atmospherics. If forced to choose, I lean towards relinquishment because it feels (to me) more within the limited wheelhouse of what a district can do well. But why not both? Ted Kolderie has been advocating a “split-screen strategy” for years, where a district might prod and encourage some of its schools to adopt and deploy better PD and curricula while providing another batch of schools greater flexibility and opportunity to push the envelope of what’s possible.

In Denver, a growing body of evidence demonstrates the power and efficacy of relinquishment as a district improvement strategy. Still other cities are looking for new ways to support instruction and learning while dealing with the pandemic’s academic fallout and its related challenges. The open question about relinquishment is whether those to whom authority is being relinquished—school-level teachers and leaders, mostly—themselves have the “capacity” and support to do anything better than what they’ve already been doing.