Once an ed-reform standard bearer, Denver loses its way 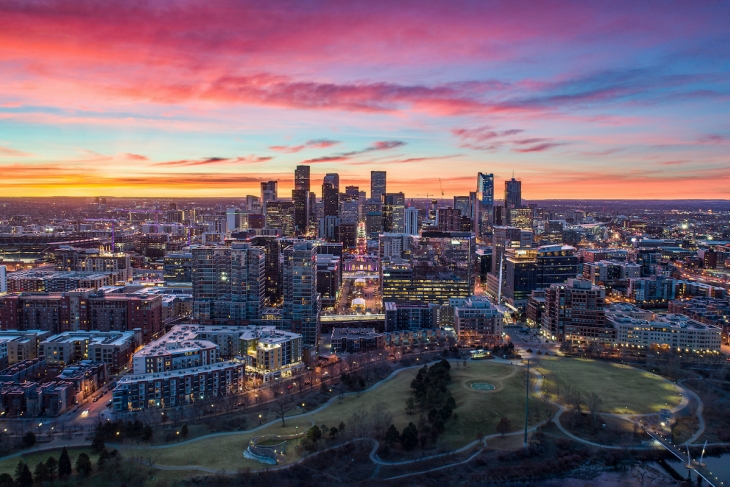 A long simmering feud between Denver’s school board and superintendent finally burst into the open last week following months of tensions and mutual distrust. Exacerbated by the pandemic and the district’s struggle to balance education and public health, the latest discord follows Denver superintendent Susana Cordova’s recent resignation, a decision widely viewed as not entirely of her own making. The sudden if not altogether unexpected announcement has since rippled throughout the community because of Cordova’s unique standing as a thirty-one-year veteran of the district and her deep ties as a lifelong Denver resident. To many, hers was a “Cinderella story”: Cordova’s mom worked in the district as a secretary and Cordova herself was once a student, became a teacher, and rose through the ranks to eventually become the district’s top boss.

At issue is more than personality: Some members of the board are intent upon moving Denver away from the reform-oriented policies that have characterized the district’s approach for over a decade—policies that once included an acclaimed pay-for-performance system and heartily embraced a “portfolio strategy” that entailed creating new schools and replacing or shuttering distressed ones. This vision for urban public education was once popular nationally, too, but the post-Obama pendulum swing hit Denver hard last year when all of the reform candidates lost their school board races against those who were supported by the teachers union.

To wit, the newly constituted board has been waging a counter-revolution. From deep-sixing the district’s school rating system to discouraging the formation of learning pods, the board’s latest brow-raiser was a nakedly political move to delay the expansion of the district’s highest-rated middle school—run by DSST Public Schools, a local charter school network—a decision that was fortunately rectified by state officials. At the same time, Denver, like other large urban districts, has been embroiled in a racial reckoning that has further charged the political climate. For their part, reform supporters have authored well-intentioned op-eds and issued public statements in Cordova’s defense. These countermeasures have garnered national attention, but they are too little and too late.

Denver was once a shining star in the reform galaxy, but now that star has fallen. How did things go so wrong, so quickly? Many say that Cordova was unfairly saddled with the shortcomings of her predecessor, specifically a failure to adequately engage the broader community. This skepticism gained added momentum when Cordova herself emerged as the sole finalist for the superintendency two years ago. Taken together, they have helped feed a percolating narrative here and elsewhere that testing, charters, and other reform policies are a nefarious plot driven by outside interests. One board member I’ve spoken with in particular often laments neighborhoods in Denver that now lack a school within walking distance.

As both sides continue to trade barbs and point fingers, what’s gotten lost is both the sense of clarity and focus the district once had, as well as a proud albeit imperfect narrative of progress. In the definitive take of Denver’s evolution from 2019, authors Parker Baxter, Todd Ely, and Paul Teske—faculty of the University of Colorado Denver School of Public Affairs—write:

[Ten years ago], it would have seemed wildly improbable that Denver would nearly erase its 25-point lag behind the state in average reading and language-arts proficiency, or that the Latino graduation rate would increase by 17 points, or that more than sixty-five new schools would open. But that’s exactly what happened.

It’s difficult to overstate how much all of this has fallen down a memory hole. In its stead has been an escalating series of broadsides where reform opponents have claimed that the district’s erstwhile decision-makers were racist. Some reformers have responded in kind by asserting that the board’s disagreements with Cordova were in part racially motivated. Never mind that the policies of Cordova and her predecessors were in fact designed to advance racial equity and justice. This blowback has created a poisonous atmosphere with little if any room for compromise, and where policy solutions are often viewed as a function of tearing things down rather than as an opportunity to build.

The city’s mayor and others have laid the blame for today’s predicament squarely upon the doorstep of a “dysfunctional” school board. Former board members are urging current members to seek out board governance training, but the problems facing the district are far larger than poor oversight. No, the bile and vitriol being witnessed in Denver today reflect a collision between fundamentally different worldviews and the pernicious influence of unions.

My background as a state education official pushes me toward seeing what’s happening in Denver through the lens of power politics. I earned my stripes in education reform by being on the front lines of an effort to dramatically remake student outcomes through legislative and regulatory changes that included a state takeover of five low-performing schools. The move was met at the time with equal parts consternation and approval, but the latter won out because of a philosophical alignment among those in positions of authority. Once that alignment crumbled, chaos ensued, and no amount of outside intervention made a lick of difference.

While Cordova was viewed by some as being uniquely positioned to bridge the differences between reform supporters and skeptics, in hindsight it may have been too much of a burden for any one person to shoulder. As Baxter, Ely, and Teske astutely observe:

In our broken education debate, this is the great obstacle to progress: one side wants radical, transformational change and the other wants nearly none. In the space between them, incremental improvement may be the best we can hope for. It may be that [district leaders were] wrong to settle on a middle way, or it may be that no middle path was ultimately sustainable.

Where there’s no middle ground, conflict is seldom resolved through training or mediation, but through the ballot box. Next year, four of the district’s seven school board seats will be up for grabs.

The tumult in Denver suggests that the portfolio strategy may not be politically sustainable. Low academic performance notwithstanding, failing schools still function as mediating institutions that help bind people together. Even the most carefully drawn up of plans to replace or close one can adversely affect an entire community. What might be sustainable is an approach that focuses on curriculum-based reform, but by itself that seems unlikely to yield breakthrough results either.

In the meantime, the one silver lining from Cordova’s departure is that the city may for the first time get a real sense of the district’s new direction. Now unfettered, a changing of the guard in the superintendent’s chair should also lead to a realignment of the district’s central office. Although it’s hard to imagine the academic needs of Denver’s students getting much shrift in this new regime, uncertainty is likely to linger through next fall, which is when the board is hoping to have a new leader in place. No matter who that person is, however, it could be years before the political rancor subsides enough to allow for any real rapprochement.