Once indomitable, Indiana finds itself in flux 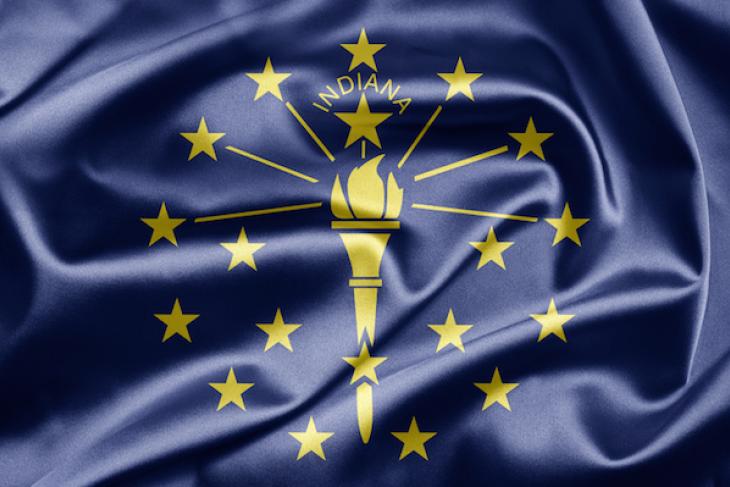 I’ll admit it: When the NAEP results landed last month, I had to fight off the urge to issue a statement. In hindsight, it was probably for the best, as a lot of people much smarter than me have since weighed in. I don’t have much more to add, but I can share some perspective through the lens of one state that I have some firsthand knowledge of: Indiana.

Even though it’s difficult to draw causal inferences based on one assessment, I still think it’s instructive to understand where the state was headed directionally during a period of putative success and what it was doing to get there. By virtually any measure (both serious ones and those less so), Indiana had until very recently been making improvements, and I would submit that these gains weren’t purely serendipitous. There are real lessons to be had in what was happening concurrently in the state while it was making its strides. But first, it’s important to have some context.

Indiana’s governor and state superintendent are arguably two of the most powerful positions when it comes to state education policy—and both are elected partisan offices. Ten years ago, Governor Mitch Daniels was running for reelection and looking to do big things in education in his second term. The state superintendent was finishing her fourth term, a whopping sixteen years, which is still the longest tenure for that office in the state. The governor and the state superintendent hadn’t seen eye to eye, and it was clear that any shot at large scale change would require a leadership shake up. Enter Dr. Tony Bennett.

Now Indiana had already been making some progress up to this point. Conventional wisdom in the state traces this back to former State Superintendent H. Dean Evans and the “A-Plus” reforms he got underway in the late eighties. But in 2008, Governor Daniels was looking to step on the gas. With a new partner at his side, they used school safety to set the stage for what would be a whirlwind of reforms just two years later.

Several lawsuits against teachers during this period made school safety and discipline one that resonated with the public. It was also a need that was easily communicated and could be easily understood with minimal explanation. Moreover, it did so in an emotionally compelling way. This is a lesson that is still often lost upon our sector, where we find ourselves trying to explain curriculum reforms or the correlation between x and y. As they say in politics, if you’re explaining, you’re already losing.

There’s a lot of credit to go around when it comes to Indiana’s progress at the beginning of this decade. During my tenure there as an assistant superintendent, I worked closely with some incredibly talented educators and public servants who were committed to doing what was right over what was expedient. These individuals shared an esprit de corps and a belief in the transformative power of education. They—along with four noteworthy elements in place at the time—were the difference-makers in the state’s policy environment:

With NAEP results plateauing, some have called for new and sustained policy efforts. I don’t disagree, but I would add that absent state-level political leadership, great policy ideas are more often destined to fall short.

Quick: What are the top three goals of the state education department in your state? Chances are you have no idea or had to go to their website (and even then, you might still be unsure). In Indiana, everyone—especially educators and administrators—knew where we were headed with Dr. Bennett’s 90-25-90 goals. Even his detractors would admit that, although they disagreed with him, they always knew exactly where he stood.

2. The federal government: A sword and a shield

A conservative friend of mine recently remarked to me that he didn’t think I was conservative enough. I’m sure he won’t be convinced otherwise after he reads this, but I’m also a pragmatist so I’ll tell it like it is: Being able to leverage the Obama administration was an asset.

At the time, there seemed to be a general consensus that education was the last bipartisan issue (my, how times have changed). Being a solidly red state, Indiana might not have faced the same degree of initial opposition as in some others, but the alignment between the Republican-led reform efforts at the state level and the Democrat-led policies at the federal level often left local naysayers speechless.

It’s also worth noting that Governor Daniels and then U.S. Secretary of Education Arne Duncan developed an authentic, across-the-aisle friendship during this time, which extended past the governor’s last term when he took the reins as the president of Purdue University. How often does this happen in today’s zero sum political climate?

Veterans of state politics know that elected officials often know very little when it comes to education policy. This is where lobbyists and advocates earn their bread and butter, but the uphill battle is far easier when there’s a rainmaker on the inside. In Indiana, that person was Bob Behning.

The chairman of Indiana’s House Education Committee, Representative Behning helped to shepherd through all of our key bills and was able to effectively articulate the policy impetus behind each one with fluency and precision. You don’t need every state senator and house member to understand your bills. Sometimes, all it takes is one.

4. No daylight between power centers

Regardless of the education governance model in your state, there’s something to be said when the institutions of authority are in agreement on policy priorities. Living in a new state now as a spectator, I’ve only recently come to appreciate how rarely this happens.

When it came to Indiana’s education reforms, Governor Daniels and Dr. Bennett sang from the same sheet of music. They were both aggressive in their approach and willing to take the arrows for the changes they were pursuing.

There’s plenty more to unpack about Indiana, but I’ll pause here and take up why I think the progress has stalled in a future post. These four elements formed a perfect storm in the Hoosier State. Up to that point, the education legislation enacted in 2011 was the most sweeping Indiana had seen in twenty years. And in all likelihood, the state won’t see anything similar for another twenty. Windows like these seldom open, and when they do, they don’t stay open long.

I can’t say for certain whether these elements caused the spike in Indiana’s NAEP results during this period. But anyone who studies Indiana’s performance would be remiss not to consider who the principal actors were and what was happening on the ground. Looking back, it was an exciting chapter in the state’s education history, and I’m humbled to have been a small part of it.