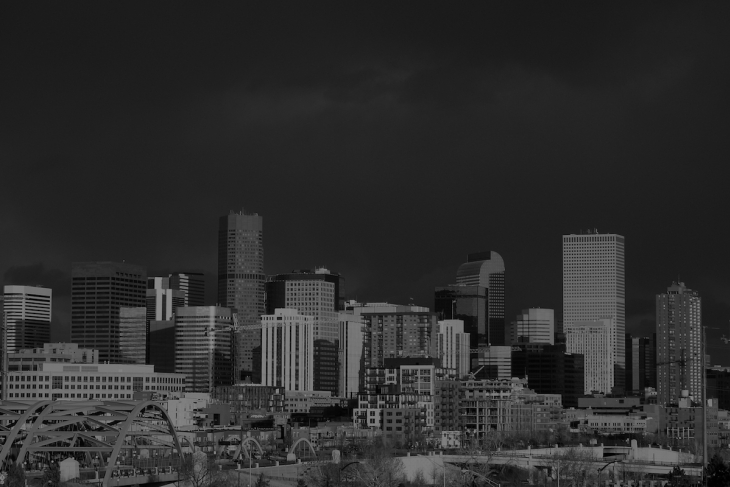 It’s no secret that Denver’s latest school board is wreaking havoc on the suite of bold education reforms that the Mile High City was known for over the past two decades. Parker Baxter and Alan Gottlieb recount the sorrowful saga at some length in the latest issue of Education Next.

Denver Public Schools’ plunge over three years from one of the nation’s most carefully planned and promising examples of public-education transformation into a district led by a school board in disarray has multiple causes, and there’s plenty of blame to spread around.

Ultimately, however, it is the result of a concerted effort over more than a decade by organized and committed activists, local and national, who have opposed changing the governance and operation of school districts in any significant way.

The reforms now consigned to (or fast heading toward) the scrap heap took multiple shapes, consistent with the basic principle that comprehensiveness is essential if real change is to occur in something as complex and deeply rooted as public education. They focused chiefly on teacher quality (including a much-discussed merit-linked compensation plan), school accountability, and several forms of choice. For a long time—including fourteen years under superintendents Michael Bennet (now U.S. Senator) and Tom Boasberg—they enjoyed steady hands on the tiller and bipartisan support on the board and in the community. That’s strategically important in blue-ing Denver (and Colorado), and is important everywhere if changes are to endure. (Massachusetts was another long-running example of such support that’s beginning to show signs of unraveling.)

School choice took two important forms in Denver. The first was originally imposed by Colorado’s vigorous and early (third in the country) approach to charter schools, which included backup state authorizing of quality charter applicants rejected by districts. Denver resisted chartering at first—and got overruled more than once—but its twenty-first-century charter strategy was positive until the recent turnabout. As a result, Denver has a fine crop of charter schools—nearly sixty of them, attended by more than a fifth of the city’s pupils—including such highly regarded examples as the eight-campus Denver School of Science and Technology. Charters long benefited from a cooperative relationship with the district, including a unified enrollment system and a shared approach to special education. Now, however, the climate is chilling. Chalkbeat reported a year ago that “The Denver school district once represented fertile ground for charter schools. But shifting politics and declining enrollment mean Colorado’s largest school district is becoming less friendly territory for the independent public schools.”

As Baxter and Gottlieb put it:

Some board members buy into the narrative that Denver’s charters—all nonprofits—have some sort of profit motive, and they describe charters as part of a corporate- and privatization-backed conspiracy to weaken traditional public schools. To many who oppose choice, charter schools present a threat to their vision of what public education ought to be.

Yet Denver’s charters still enjoy protection under state law, which means they’ll be around for a long time, albeit hemmed in and railed against by local authorities.

What’s unprotected are Denver’s fifty-two semi-autonomous “innovation schools.” Though permission to liberate some schools was granted to districts by Colorado’s “Innovation Schools Act,” the impetus for that law came from Denver, the vast majority of the state’s innovation schools are now located in Denver, and decisions about how many there are and how free they will or won’t be are entirely in local hands. There’s no appeal.

That’s why the Denver school board’s recent five-to-two vote to rein in its innovation schools is so ominous. That’s also why it’s reason to question the wisdom and foresight of some cherished colleagues, such as my friends at the Center on Reinventing Public Education, who have long advocated “portfolio districts” and other ways of fostering innovation and choice without going all the way to schools—like charters—that (in a state with a decent law) are almost entirely beyond the district’s control. Important ed-reform thinkers such as Paul Hill and Ted Kolderie have pushed for more flexible options—and for tempting districts into doing this themselves, not waiting for outsiders to antagonize them with external eruptions of non-district innovation and choice.

A district managing a portfolio of schools serves students by providing schools in many ways—supporting existing schools that serve students well, developing new sources of help for educators in struggling schools, creating new options for students in schools where student gains have been low for many years, encouraging new schools that incorporate promising ideas about how to meet the needs of a particular group of students, and seeking promising ideas about instruction and school culture from groups both inside the school system and in the broader community (and nationally). Such a district might both operate some schools in the traditional way and sponsor some schools in new ways, via chartering, contracting with independent groups, and increasing freedom of action for educators employed in district schools.

It’s truly seductive—and I’ve been known to advocate this model myself. But the recent goings-on in Colorado’s capital have got to give us pause. For Denver may fairly be termed the poster child of the portfolio-district concept and its half-hundred “innovation schools” qualify as the nation’s premier example of turning this concept into practice. Or did.

They were part of the district’s previous five-year education strategy, dubbed “Denver Plan 2020,” which highlighted “flexibility” and committed the system to:

“Innovation” schools (and “innovation zones”) weren’t the only form that this flexibility took but (along with charters) they were key to its implementation. That called for waivers from all manner of otherwise-uniform district-wide policies and practices, especially in the realms of human and financial resources, as well as devolution to individual schools of key decisions about staffing, scheduling, calendar, and much else.

Those waivers are what the new board is rolling back. The original proposal submitted by two members would have forced all Denver public schools, including innovation schools, to adhere to a uniform calendar and work week, as well as to all provisions of the teachers’ union contract and tenure protections.

Protests from many in the innovation-school community led to a partial scale-back of the changes, but the March 24 board meeting to consider those new limits still faced many protests. As Chalkbeat reports:

Students, parents, teachers, and principals from at least eleven of the fifty-two innovation schools spent hours asking the board not to pass the proposal, which some called secretive, irresponsible, and oppressive. They said their schools serve students well and treat teachers fairly, even without the contract protections, and questioned what problem the board was trying to solve.

Enforcing the contract is most of what the board finally passed that evening. But more rollbacks surely lie ahead, for the voters have elected a union-dominated school board that doesn’t believe in innovation, choice, or school autonomy.

Some in the innovation-school universe are OK with this sort of thing, saying (for instance) that the board’s move will give classroom teachers greater say over what happens in their schools. Odds are those folks work in unhappy innovation schools, of which Denver surely has a few.

From the perspective of big-picture education reform, however, what’s going on in the Mile High City is another deeply depressing example of the fragility of changes and innovations that depend entirely on local elections. One recalls the Los Angeles reforms spearheaded by former mayor Dick Reardon that were largely undone by a subsequent school board election, as well as the array of reforms put into place in New York City by Mayor Mike Bloomberg and schools chancellor Joel Klein, only to be weakened or erased by the de Blasio team that followed them into office.

Nobody should think that reforms nailed into state policy are inviolate. But they’re harder to undo overnight in the aftermath of a local election. That’s why, in most of the country, charters are a more durable reform than portfolios. Yet nothing is guaranteed. We’ve known for ages that public education (like pretty much everything in the public sector) resembles a giant rubber band that, with effort, can be stretched but that yearns and struggles to resume its previous shape.

Yes, I believe in democracy. The voters are and should be in charge. Unlike our former president, I accept election results. But we also need to guard against self-interested factions seizing control and overriding the public interest. Rubber-band democracy isn’t what the founders sought. In the education space, however, those bands are likeliest to snap back via thinly attended off-cycle board elections dominated by selfish factions, followed by back-room compacts to repeal reforms and dump superintendents.

Denver’s children will now pay the price. And for now, I’ll stick to charters and other forms of innovation and choice with stronger legs.