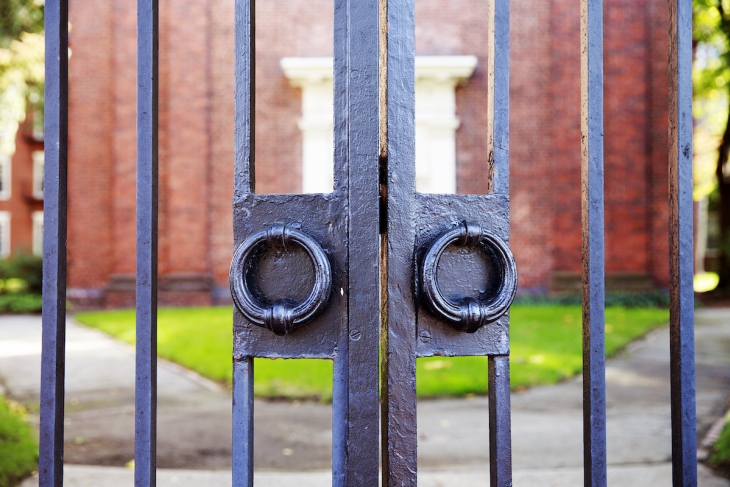 In a fast-growing number of cities across the country, selective high schools are facing mounting pressure to change their admissions policies to make their student populations more socioeconomically and racially diverse. In some cases, the push is to eradicate selectivity altogether. Reforms of this sort have already been implemented in New York City, Boston, Chicago, San Francisco, Philadelphia, and the Washington, D.C., metro area. But pushback—political, legal, and grassroots—is mounting, too, making this an ever-shifting landscape. And it’s an area where advocates and policymakers seeking to improve opportunity for disadvantaged students ought to rethink recent efforts, lest they force changes that—in being racially discriminatory, misguided, and ineffective—do the opposite of what many of them intend.

The desire for reform is understandable. In all the aforementioned cities, before new polices were implemented, the racial profile of teenagers admitted to these “exam schools” was significantly more affluent, White, and Asian than the district-wide populations. In New York City, for example, where the most-selective of these schools remain untouched by reforms because they’re sheltered by a state law, one-tenth of those who attend are Black and Hispanic, even though two-thirds of the district consists of such students. Similar figures exist in the other metropolitan areas.

The question isn’t whether these gaps should persist. In a better and fairer world, they wouldn’t. Virtually everyone wants them to narrow. The question, instead, is how best to accomplish that. So far, reforms have generally come in two forms: 1) reducing the weight of standardized test scores in admissions, and 2) capping the number of admitted students from neighborhoods or middle schools that historically have won a high proportion of seats when compared to their community representation. Boston, for instance, reduced the weight of tests from 70 to 50 percent and gave the city’s eight census tracts equal numbers of seats. For Thomas Jefferson High School, located in Fairfax County, Virginia, just outside the nation’s capital, policymakers dropped standardized test scores as a requirement and guaranteed seats for students at middle schools that had previously been underrepresented. And Chicago adopted a new mix of grades and tests scores, and split 70 percent of seats equally across four socioeconomic tiers based on census tracts.

It’s obvious why such changes are being pursued. Their effects are immediate and seem to directly combat some of the dynamics that lead to misbalance. But, for three reasons, they’re also the wrong approach.

First and foremost, these policies can themselves be racially discriminatory. Many directly harm another minority group—Asian-American students, including those who are low-income. Last year, a group of primarily Asian-American parents sued the Fairfax County School Board over the aforementioned admissions changes at Thomas Jefferson High School, alleging that they violate the Equal Protection Clause of the U.S. Constitution. And late last month, a federal judge granted the plaintiffs summary judgment—meaning that he deemed the case so much in their favor that a trial was unnecessary—saying that the new policies amount to “racial balancing for its own sake” and are therefore “patently unconstitutional.”

Beyond the legal and constitutional problems, in cutting back the numbers of Asian-American admittees, these policies often worsen the very condition they are intended to rectify. Boston’s policy changes, for example, are poised to significantly reduce the number of seats that go to low-income students living in the city’s Chinatown. These families are neither privileged nor well-resourced. Many are immigrants for whom English is a second language, and who regularly face other forms of systemic discrimination. Policies that are supposed to promote equity should not make it harder for these students to succeed.

The second problem with these policies is that their focus is misplaced. The Black, Hispanic, and low-income children who grow up to be underrepresented at selective high schools are just as capable of high achievement as their peers. But poverty, racism, and crummy primary and middle schools stack the deck against them. So by the time they seek admission to selective high schools, they’re far behind the peers they’re competing with for seats. Being systematically shortchanged by their public education systems is a significant part of this, and that’s where education policymakers ought to focus their energy.

They should create and sustain school systems that better develop the natural ability of all high achievers, and should do so from an early age. Their schools should “frontload” their offerings for disadvantaged children, with academic rigor and academic supports from kindergarten onward so that that these students are ready for more advanced offerings later. They should identify the highest achievers in each school for services that enrich and accelerate their educations. Universally screen everyone beginning by third grade, for example, using standardized tests already in use, as well as grades and other markers of uncommon potential. And make sure to maintain these high-quality services through middle school.

The third problem with recent policy changes is that they threaten to weaken a valuable resource. These institutions have long provided unique benefits to the students who attend them, especially those from low-income and disadvantaged families. When done right, they drive excellence and upward mobility. This is due, in important part, to superior educational elements like course offerings, peer influence, instructors, and alumni networks. Abler students demand and take more advanced classes, for instance, that can cover content more quickly and deeply—especially in challenging fields like mathematics, physics, and computer science. This attracts exceptional faculty who are prepared and eager to lead such courses, and it produces graduates who are better equipped to excel and, in time, to assist fellow alumni—in part because they know what a diploma from that institution means.

When this model is weakened, its benefits begin to crumble. This is what research shows happened in Chicago after, in 2010, the city diversified its selective-high-school population by reducing the role of tests and reserving seats for students from different socioeconomic tiers. As The 74 reported, after the changes, “students at Chicago’s selective enrollment high schools see no improvement in their test scores. In fact, academic records show that they earned worse grades and GPAs than their peers who were rejected from the schools.” Moreover, “the most disadvantaged saw the biggest declines. Disturbingly, they were also less likely to enroll in selective colleges than similar kids who weren’t offered admission to an elite high school.” This means less diversity at selective colleges and myriad professions. That does nobody any good and, in the long run, undermines America’s global competitiveness.

So proponents of these changes to selective-high-school admissions should think twice. And parents, policymakers, and others should continue pushing back against the wrong kinds of reform. That pushback can have an effect. In addition to the successful lawsuit in Virginia, real change has happened in San Francisco and Boston. In the former, voters just recalled three of the five members of the city’s school board, in significant part because that board had scrapped merit-based admissions policies at Lowell High School, the area’s most prestigious institution. And parents in Boston successfully petitioned the city to change an earlier version of its selective-high-school reforms that stood to harm Asian-American students even more that the most recent iteration does.

In many ways, the fight over these schools is a reflection of America’s intensifying culture wars. But we mustn’t let partisan politics, short-sightedness, or blunt-instrument policymaking harm the thousands of students who benefit from these great institutions. Too much is at stake, both for them and for the country. Recent successes prove that there’s hope that good sense will prevail.