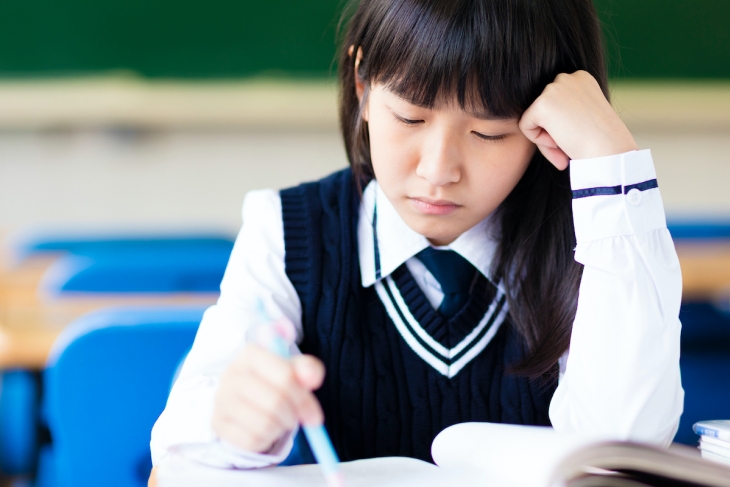 “The Boston School Committee on Wednesday night unanimously approved the biggest overhaul of the city’s exam school admission process in more than two decades, adopting a new system that should give disadvantaged students a better chance of getting in,” wrote the Boston Globe earlier this week about the city’s new plan for allocating seats at Boston Latin School, Boston Latin Academy, and the O’Bryant School of Math and Science.

With the mayor’s support, the new approach scraps a process that gave equal weight to grades and entrance exam scores, and replaces it with one in which grades count for 70 percent and scores 30 percent, and that seeks to boost applicants from socioeconomically disadvantaged communities. It does so by sorting applicants according to the census tract within which they live and grouping the tracts into eight tiers, with each given an equal number of seats at the schools. The idea, reports the Globe, is to “reduce the likelihood that a low-income applicant would compete against an affluent one.”

Yet in one important aspect, the plan may do exactly the opposite of what its designers claim to intend: It’s likely to significantly reduce the number of seats that go to low-income Asian American students. Take, for example, the city’s Chinatown. “Downtown Boston’s Chinatown is the cultural heart of the Chinese community,” reads Google’s summary. Census data show that the majority of its population is Asian. And its median household income is less than $41,000—well below the Boston median, and less than half that of the city’s most affluent neighborhoods, like Back Bay and Beacon Hill.

By measures regularly used to gauge advantage, residents of Chinatown would have very little of it. Yet according to the Boston Parent Coalition for Academic Excellence, the neighborhood’s representation in the exams schools may be cut in half under the new plan. That’s based on calculations the group performed when it sued Boston during the pandemic after the city instituted a similar, temporary admissions policy that determined disadvantage with zip codes instead of census tracts. Chinatown is the rare neighborhood that is both economically disadvantaged and historically overrepresented in the city’s exam schools because of the praiseworthy success of its families and schools in preparing their students to achieve academically.

This ill effect, however, whereby admission is made more difficult for disadvantaged Asian students, is too rarely acknowledged—not only in Boston, but also in other communities where access to limited seats in top high schools is being rationed in new ways meant to advance equity. The Globe’s summary of the new plan, for example, doesn’t mention it at all. Instead, it writes that, “For decades, white and Asian students have been admitted to the highly sought after schools at disproportionately higher rates than their Black and Latino peers, and civil rights advocates have long argued that families with means often game the system by using private tutors and admission consultants.”

This is the type of framing that cheapens the success of Asian American students, makes it easier to pass policies that disadvantage them in new ways, and conveys the impression that these families have been doing something nefarious or unfair. Indeed, the first parent that the Globe quotes in a series of opinions about the plan says, “I support this compromise in part because it limits the extent to which admissions can be easily gamed by those who are privileged and well resourced. This plan will work to ensure a more level playing field for students experiencing the greatest challenges.”

The families of Chinatown are neither privileged nor well-resourced, so how are they gaming the system? And if the field they’re playing on is tilted, it’s against them—not for them—which is why admission policies like Boston’s that tilt it even further are ill-conceived and harmful. And why this harm needs to be acknowledged far more often than it is.

Such policies and oversight always call to mind my in-laws. My wife’s mother is Korean. She and her three siblings came to the United States as teenagers. They didn’t speak English. They didn’t have any money. And as such, none of them have college degrees. They also faced, and continue to face, significant racial discrimination. To provide for themselves and their families, they started small businesses, where all but one of them still work. For decades, they’ve toiled and persevered so that their children could have chances at better lives. And to their credit, they succeeded: All eight of the siblings’ children are attending or have graduated from a major university, and all who have completed their undergraduate degrees are in the process of earning or have earned a graduate or professional degree.

In other words, the challenges they faced were massive, and they worked very hard to overcome them. Stories like these are no doubt all over Boston’s Chinatown because they’re all over America in Asian family after Asian family. So policies that purport to help low-income and disadvantaged families—but actually stack the deck further against a significant subset of them—should be called out and opposed. Boston’s change to its exam school admissions process is one of those policies.