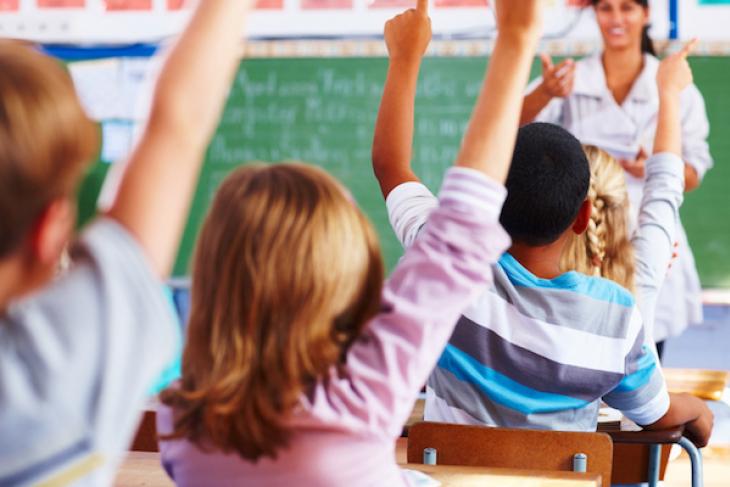 School districts all across America have long suffered from “excellence gaps” in which advantaged students reach high levels of achievement at significantly greater rates than their less affluent peers. But some school systems are working to combat it.

One such place is Montgomery County, Maryland, a large district in the Washington, D.C., area that’s made strides in diversifying the students served by its gifted education programs. By expanding the number of seats, universally screening every third grader, using more holistic identification criteria, and selecting students based on how they perform compared to kids at their school instead of the entire district (using “local norms”), administrators increased the proportion of black and Hispanic elementary-school participants from 23 percent in 2016 to 31 percent today.

What school leaders, policymakers, educators, and advocates need to recognize, however, is that these very important, short-term changes are only part of the solution. It’s not enough to diversify gifted education offerings. The programs must also continue to challenge all of their students and maximize their potential. They must remain, in other words, excellent.

Yet one of the problems with achieving both of these aims is that various forms of inequality cause disadvantaged students, through no fault of their own, to achieve at much lower levels than their advantaged peers. This means that top pupils from low-income schools tend to be academically behind the top performers district-wide. That’s the rationale for using local norms. Yet, as Fordham’s Checker Finn wrote in a recent Flypaper article, when districts like Montgomery County scrap district norms to admit more pupils from lower-performing schools, one of two things happen: “either the kids will fail or the curriculum and pedagogy will have to be dumbed down to accommodate them.”

Consider, for example, a telling anecdote from Dana Goldstein’s excellent report on Montgomery Country’s transformation in the New York Times:

Kimberly Petrola, a fourth-grade teacher at Fox Chapel Elementary School in Germantown, one of the Centers for Enriched Studies, acknowledged that instruction had changed since the school became part of the pilot program last year, ahead of the rest of the county.

With a more diverse student body, not every child performed above grade level, Ms. Petrola said. She said she and other teachers used ability grouping to teach at different levels. For example, for a unit in which students read an author’s autobiography and fiction side by side, to look for consistent themes, some groups were assigned authors who wrote at a more challenging reading level.

Ms. Petrola is describing a pedagogical practice commonly known as differentiation. It's akin to presenting a soccer coach with players who have widely varying abilities and skill sets. The coach will attempt to challenge each player to build on their specific strengths and remediate their weaknesses, but no one coach can do a great job with all of them all of the time, especially when limited by time and resources. And neither can teachers with all of their students. The wider the range of student performance in a classroom, the more difficult, if not impossible, differentiation becomes. It’s a practice most often used in districts that don’t group pupils by ability—so it’s worrisome to see such a stark example of it in a gifted program.

And this precisely is why Montgomery Country’s work—and the work of any district instituting important, short-term reforms like local norms and universal screening—is far from done. Anecdotal evidence is building up around the country that districts may be focusing on these short-term changes and, pleased by significant improvements in representation, stopping there. But those policies aren’t magic. They don’t fix or wipe out poverty, discrimination, poor preparation, and other factors that lead to underachieving students. Districts must also undertake the harder, much longer-term efforts needed to close excellence gaps. There are three paths they can take.

First, instead of creating a centralized gifted program in separate buildings or a single locale, base services in each school and use a combination of local and national norms to identify the high-potential students within each building. This gets around curricular and pedagogical worries by allowing educators to tailor their efforts to the top students in each school. Parents would be less concerned about who gets selected to go to the special school because rigorous academic services are provided right in the home school. Jonathan and his colleagues have an ongoing study whose preliminary results point strongly in this direction. One potential drawback is that it might do less to narrow the achievement gap between high achievers from advantaged and disadvantaged backgrounds within a single school, but it can lessen gaps across districts, especially when districts are residentially segregated.

Option number two is to frontload rigorous learning early and often so students can capitalize on opportunities when provided. In other words, raise schools’ academic rigor in early grades so that low-income students are ready for more advanced offerings at a younger age than they are now. Then use universal screening as students get older, when the excellence gap has hopefully narrowed. This isn’t impossible, but it is difficult. Turning around the debilitating effects of generational poverty, for example, or remediating years of under-challenge won’t happen overnight. But we are starting to see examples of frontloading efforts that are working: In particular, the math talent development program in the Gadsen (AZ) Elementary District and Project EXCITE at Northwestern University’s Center for Talent Development have shown solid evidence of success when programs are in it for the long haul.

The third path combines options one and two. Frontload early and often, and base gifted services in each school. Miami-Dade’s efforts to frontload for AP programs and the New York Edge afterschool Excellence Project appear to be taking this approach.

Many districts around the country have identified excellence gaps as a major issue in their schools and communities, but examples of large-scale efforts to begin shrinking those gaps are not widespread. So Montgomery County should be applauded for its earnest efforts to combat a problem that has long harmed disadvantaged high achievers—who, sadly, are among America’s most neglected students.

But identifying and serving a more diverse set of students is just the start. The district, and so many others like it, must also help all children in its programs reach their full potential. Only then can we truly narrow excellence gaps.