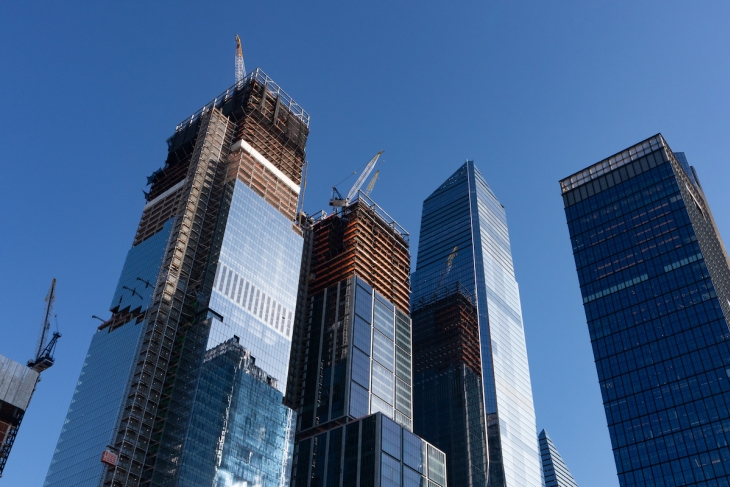 Editor’s note: This is an edition of “Advance,” a newsletter from the Thomas B. Fordham Institute written by Brandon Wright, our Editorial Director, and published every other week. Its purpose is to monitor the progress of gifted education in America, including legal and legislative developments, policy and leadership changes, emerging research, grassroots efforts, and more. You can subscribe on the Fordham Institute website and the newsletter’s Substack.

Near the end of Mayor Bill de Blasio’s two terms as the Mayor of New York City last year, he announced the phasing out of the city’s gifted education program in its then current form, and plans to replace it with something that was not fully defined but sounded rather lackluster. But Eric Adams, who had just won the Democratic mayoral primary that summer, promised instead to mend it, not end it: keep the program mostly intact but expand it into more low-income schools. Neither approach was perfect, but Adams’s was much closer to the mark.

At issue were three defining questions for any form of gifted education: When do you screen students for signs of giftedness? How do you screen them? And what’s then done by the schools for those who get identified?

Adams ended up winning the general election, and he stayed true to his word, quickly reversing de Blasio’s decision to scrap New York’s gifted programming and changing screening policies to include more students from lower-income schools, in a well-meaning attempt to make the services more equitable. He also stood by his predecessor’s decision to eliminate the flawed standardized qualifying exams that parents of children in kindergarten through third grade had to opt in to—and that alone decided qualification. And maybe most importantly of all, Adams and his team saved gifted education in the city from the abyss. “Just helping change the narrative from ‘kill all advanced education’ to ‘broaden opportunity for advanced education’ is huge,” said Jonathan Plucker, a professor at Johns Hopkins University who specializes in the field. That’s the good news.

The bad news is that the system that’s now in place for the 2022–23 school year falls short in three major areas: children are screened too early, the process for screening them is prone to bias and error, and programming in the city is needlessly all or nothing and far too scarce. Mitigating this grim assessment is that leaders have indicated that the current state of the system is intended to be a stopgap. With gifted education having been at death’s door under former Mayor de Blasio, getting it right in a city and district as big and complex as New York’s is a massive undertaking that will take a lot of time and work to get right. Understood, kudos—and Godspeed, because that worthy end-goal doesn’t do much for kids and families navigating today’s flawed system, as transitional as it may be.

The biggest change under the Adams regime was the elimination of qualifying exams. The smart move would have been to replace it with a better test that every student already takes—a practice typically called “universal screening”—and reduce the role it played, making it, instead of the sole decider, one element among many that schools use to identify students. But the city didn’t do that; it just scrapped exams altogether. In their place, public school preschool children are being screened by their classroom teachers, their private school counterparts are being evaluated by the city’s Department of Education, and those in grades one through three gain entrance based on their report cards. This is, to put it nicely, far from ideal.

First off, as to when screening begins, preschool is simply too young to be deeming children gifted or not. This seems obvious. And indeed, as Amy Hsin, a sociologist and advisor to the de Blasio administration, told the New York Times, “the science does not provide clarity about the things you should be looking for in very young children.” Undeterred, the city’s solution was to train teachers anyway with “a tutorial in the form of an eight-and-a-half-minute video instructing them on how to approach the nominations with guidelines broad enough to make any child a likely candidate,” the Times reports, such as whether the child is “curious about new experiences, information and activities and/or people?”

Worse, Hsin says the result is that teachers end up “relying on the same historical markers that have always been used to identify intelligence—race and class.” In other words, the too-early screening process isn’t just prone to error, its prone to error in a way that reinforces the systemic flaws that reward affluent and otherwise advantaged students.

The grade-based admission process for later grades—though done at more appropriate ages—is prone to bias and error, too. As the 74 reports, the New York City Department of Education explains the process for public school students in this way:

The list of eligible students was determined using the following method: Students’ highest grade in each core subject was converted to a zero- through four-point scale. These core subject grades were averaged together for each student. Students within the school and grade-level were ranked based on this core subject average. Based on this ranking, the top 10% of students in your school and grade-level were identified as eligible. Report card grades were evaluated based on the most recent marking period available in April 2022.

For private school students, June grades are used. This discrepancy itself is an issue. A teacher, who is also a parent, told the 74, “You can’t compare kids in different semesters! Everyone knows that June is your best report card because teachers/schools want to demonstrate progress and growth!”

But the bigger problem is using grades as the sole metric for admission. It misses students who earn top marks on standardized tests but not top grades because, for instance, they check out in class for lack of challenge. It also misses students whose teachers know have high potential and would benefit from gifted services, but due to hurdles like disabilities, that potential doesn’t show up on report cards. Research has also found that teacher grading practices are biased against Black students, and that that bias is greatest among educators working at the most diverse schools.

Finally, during this transition period at least, the city’s programming is too scarce and needlessly all or nothing. Seventy-eight percent of students who qualify for services miss out on spots at top schools, the 74 reports. “My son scored 100 percent on the final math assessment, began the year reading at the end-of-year level, and had 4s [the top grade possible] in reading and math on his final report card,” one parent told the outlet. “A number of my friends are telling me that their kids were deemed ineligible but they don’t know why. Some of their kids had all 4s,” said another.

As I’ve written before, the case for gifted education is simple. Every student deserves educational experiences that help them reach their full potential. Some children, due to high achievement, ability, or potential, require something more than can be provided in the average classroom geared toward the average student. Schools should therefore offer distinctive and high-quality advanced programs and services for those who would benefit from them. New York City has been failing to do this for the vast majority of such children—and that’s now unlikely to change, at least in the next year.

This is, in part, because of its all-or-nothing approach. You either earn a seat and reap the benefits, or you don’t. The field has moved beyond this flawed, binary approach. Better is a personalized “continuum of services.” This attempts to give individual students what they need in each academic subject. As the National Association for Gifted Children explains, these services range from students receiving services in regular classrooms, to learning in a mix of regular classes and some advanced ones, to being grouped most of the time with other advanced students, to skipping grades entirely. As Dina Brulles has written, this is “effective and necessary” and needed “now more than ever.” It would also greatly expand services to many more students.

New York City’s stated aim is to provide “equity and excellence for all.” Those are the right goals, and well-meaning leaders no doubt hope to eventually construct a gifted education system that accomplishes both. But in its current form, the system fails on both counts—being both prone to bias and serving far fewer students than it could and should. It’s neither equitable nor all that excellent yet. The good news is that the city, by simply having substantial gifted services that it and its residents clearly care about, is ahead of the game. It just needs to wait to identify children until they’re a few years older, screen them in more effective and dynamic ways, and expand its offerings to serve more students. The sooner the better.

“There are other characteristics among twice exceptional children that can make them hard to spot. Not all have high marks: Disillusionment with school coupled with the challenges of their disabilities can cause them to give up, further camouflaging their talents.”

“This article describes the development of an instrument for examining schools as institutions where teaching practices and school structures provide opportunities and support for student imagination, creativity, and innovation, as well as initial comparisons using the instrument.... Paired sample t tests indicate that, on average, students reported significantly more opportunities for creativity as compared to imagination or innovation. There were also significant differences between actual student reports and teachers’ predictions only for creativity and innovation.”

“The Adolescent and Adult Time Inventory–Time Attitude Scales (AATI-TA) were used to examine the association between time attitudes and self-reported academic and social–emotional outcomes in 967 academically talented adolescents...attending a summer educational program... Students with Positive and Ambivalent profiles reported greater course enjoyment, higher perceived academic rank, and higher expected summer GPA than their peers with the Negative profile, even though the groups did not differ on how challenging they perceived the courses to be, time spent on homework, and studying.”

“Gifted students need a ‘continuum of services’ now more than ever,” Thomas B. Fordham Institute, August 4, 2022