Bill de Blasio is decimating gifted education in New York. Will Eric Adams save it? 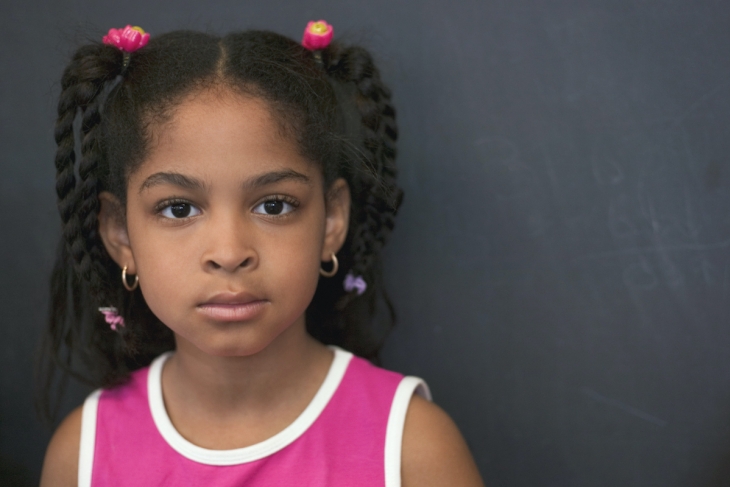 Last week, Mayor Bill de Blasio, whose two terms in office are nearing their end, announced the phasing out of New York City’s gifted education program in its current form, and plans to replace it with something not yet fully defined. It’s a vision that’s starkly at odds with that of Eric Adams, who won the Democratic mayoral primary this summer, and who has advocated for keeping the program mostly intact but expanding it into more low-income schools. Neither approach is perfect, but Adams’s is much closer to the mark.

At issue are three defining questions for any form of gifted education: when do you screen students for signs of giftedness, how do you screen them, and what’s then done by the schools for those who get identified.

Before de Blasio’s overhauls, New York City parents interested in having their children considered for gifted education had to opt them into a standardized test available from kindergarten through third grade. Admission was based on objective cutoff scores, adjusted by age. Those who passed then entered separate classes or schools with other gifted students, where they received accelerated instruction in grades K–5. After fifth grade, all of the city’s students can seek admission to the district’s many selective, though often competitive, middle and high schools.

Mayor de Blasio would scrap much of that, following a larger and misguided trend in American K–12 education that, in the name of equity, calls for dismantling gifted programs instead of expanding gifted services for Black, Hispanic, and other historically disadvantaged students. Going forward, the New York Times reports, “the city will evaluate all rising third graders, using past work and input from their teachers, to determine whether they need higher-level instruction in specific subject areas, for one or two periods a day.” No admissions test, and no separate classes or schools. The mayor’s office says it’s seeking feedback on the plan through next month, so aspects could be changed and details filled in before he leaves office. What’s unlikely to change is the axing of substantive gifted education that’s long existed in the city.

Eric Adams could reverse all that. He’s all but guaranteed to win November’s general election in a landslide in a city where Democrats vastly outnumber Republicans. And just this week, in his first comments since de Blasio’s proposed overhaul, Adams said, “I’m going to reserve my right, if I’m fortunate to be mayor, to determine how we handle Gifted and Talented, to deal with the segregation in our schools...and ensure that we create a system where every child reaches his or her full potential.”

He declined to offer his own detailed roadmap of how he would achieve this. But in past remarks, he’s supported keeping the exam and supplementing it with other methods for evaluating children’s academic skills and potential. And he’s endorsed keeping gifted classes but expanding them to more low-income schools.

Currently, New York City has approximately eighty gifted programs serving 16,000 K–5 pupils. That’s in a district comprising 700 elementary schools attended by half a million students, meaning only 3 percent of the children participate. These programs have disproportionately served White, Asian, and affluent students, so there’s ample cause to take steps to expand access to them.

Adams’s general vision is spot-on except for one misstep: his embrace of an admissions test with universal cutoff scores that is administered to four-year-olds and that parents must opt into. De Blasio’s plan, however, really only gets one thing right: screening every child when they get to third grade. Everything else about the mayor’s plan—the total rejection of testing, the elimination of separate classes and schools, the cramping of accelerated learning into just one or two class periods per day—will harm many of the Black, Hispanic, low-income, and otherwise disadvantaged students it purports to benefit. Because of it, even more of these children will languish in classes that fail to maximize their education.

In January, then, assuming Adams takes office, he ought to advance a plan that screens every third-grader using a universal assessment—like the annual state achievement test taken by every student—but that otherwise sticks to the sensible approach to gifted education he’s previously supported.

First, use that exam to find the top-scoring kids in every single school. This alone—rather than admitting the highest scorers citywide—would greatly diversify the population qualifying for gifted education services. Recent research finds that using “local building norms for gifted identification would substantially reduce group differences in rates of gifted identification.” And when Broward County, Florida, employed this approach, it worked really well for poor and minority children, found Laura Giuliano and David Card, who this year won the Nobel Prize in economics.

Next, as Adams has said, look beyond test scores. Ask teachers to use a holistic approach to nominate additional youngsters who don’t earn top marks on the exam but show uncommon potential. Consider grades, other scores, and attendance, but also look for sparks that perceptive teachers are adept at noticing. When this is done thoughtfully and with an eye towards avoiding group biases, research shows that it can be an important component in making more students eligible for gifted services, meaning that fewer of those who ought to be admitted will be missed. And as a recent Fordham study of Ohio found, just identifying Black students as gifted seemed to help them do better.

The last element—and admittedly a heavy lift for a vast school system—is to provide a sufficient supply of gifted classes. Adams recognizes this in his call to expand gifted education into more low-income schools. Fortunately, there is a relatively simple and inexpensive solution. The school-specific two-step model would yield enough pupils to fill designated separate classrooms that provide enriched and accelerated curricula in every elementary school. Neither new staff nor new buildings would be required. The same could be done grades 6–8 if the city’s selective middle schools aren’t providing these students with the services they need.

Mayor de Blasio’s announcement last week was bad news for New York City’s gifted students, especially those who are disadvantaged. But Adams’s reaction and seeming readiness to right those wrongs is a welcome and hopeful salve.