America's expansive gifted programming may be a facade 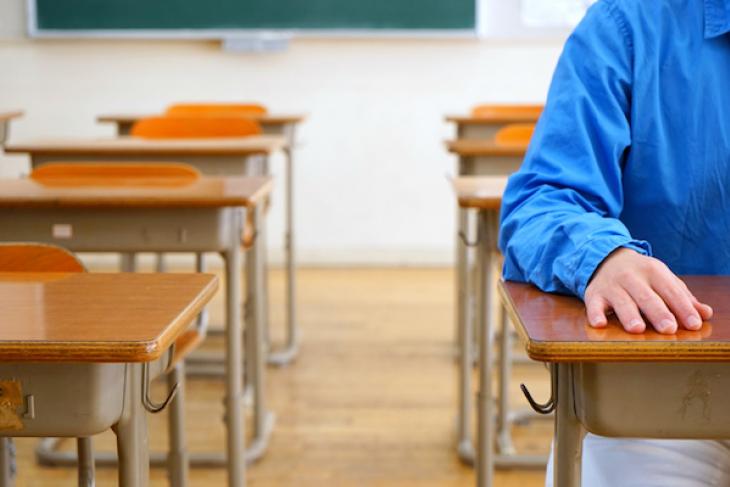 Fordham’s recent report, Is There a Gifted Gap?, examines income- and race-based differences in gifted programming in American schools and unearths plenty of bad news. Students in low-poverty schools are more than twice as likely to participate in gifted programs than their peers at high-poverty schools, for example, and even when black and Hispanic K–8 students attend schools that offer such programs, they participate at much lower rates than white and Asian children.

The report also offers some welcome-sounding information: Gifted programs exist in 68 percent of U.S. primary and middle schools, and overall they’re equally likely to be offered in low-and high-poverty schools. Yet even this seemingly sunnier news masks the deeply disappointing state of gifted education in America in 2018.

Authors Christopher Yaluma and Adam Tyner used school-reported data from the U.S. Department of Education’s Office for Civil Rights. This is the best source for their purposes, but it also has serious flaws. As Yaluma and Tyner aptly note:

Because of the nature of the data, we use binary classifications of gifted enrollment for students. We do not have data on the quality or characteristics of gifted programming, although this is known to vary considerably across schools. Whether gifted programming is targeted to specific subjects, what types of professional development that teachers of gifted students experience, and the extent to which students can engage curriculum outside of their grade level are questions beyond the scope of the report. Further, we have no information about what constitutes “gifted programming,” as OCR provides no guidance to states about what to include or exclude.

In other words, there is no standard—or even a worthwhile definition—for what constitutes a “gifted program.” If the school employee filling out the OCR form believes that his or her building has one, then it does, according to these data.

The primary problem with this approach is that, even among practitioners and advocates, “gifted programming” is a massive umbrella under which fall myriad different sorts of services of widely varying degrees of intensity and quality. Here, for example, is a non-exhaustive list from the National Association for Gifted Children (NAGC):

Gifted programming can be provided in a combination of ways, including pull-out programs; special classes in a subject or interest area; special state schools (e.g., Indiana Academy for Science, Mathematics, and Humanities) or local magnet schools; afterschool, Saturday, or summer programs; Advanced Placement, International Baccalaureate, or other dual-enrollment courses; distance learning; and other similar services.

Yes, a “special state school” and an “afterschool activity” are both designed to benefit gifted kids. But they have virtually nothing else in common. In the former, bright students enjoy programming that essentially comprises 100 percent of their scholastic time. But what percent does an afterschool activity comprise? Five percent? One percent?

There’s also variance within each item on NAGC’s list. As children, my wife and I were both in pull-out programs, for example, which are generally considered among the more robust gifted offerings. In my program, some sixty students identified as gifted in each grade, 4–8, were split into two classes and educated in all of our core subjects via specially designed curricula. Only elective classes combined both identified and other students. By contrast, my wife’s elementary school program consisted of just one hour each week, during which time she and other identified children would sit in a separate classroom and superficially cover academic topics in nonacademic ways—such as exploring medieval history by practicing calligraphy.

So it’s hard to feel super positive about this report’s more positive finding—that more than two-thirds of schools offer gifted programs. Lurking therein may be as many as four bits of bad news:

Disgracefully, nobody has national data by which to determine the size of the groups that comprise items two through four on this list—which means, of course, that nobody really knows how many American schools truly do gifted education well. I submit that the number is very small.

We need to change this, and doing so means better standards, better data collection, better reporting—and, above all, better gifted programs that benefit boys and girls from all backgrounds. The lack thereof is a massive, nationwide problem that hurts children of every color and creed but does the greatest harm to the most vulnerable. So let’s view the findings in Fordham’s recent report for what they are: yet another clarion call to better support our brightest students.