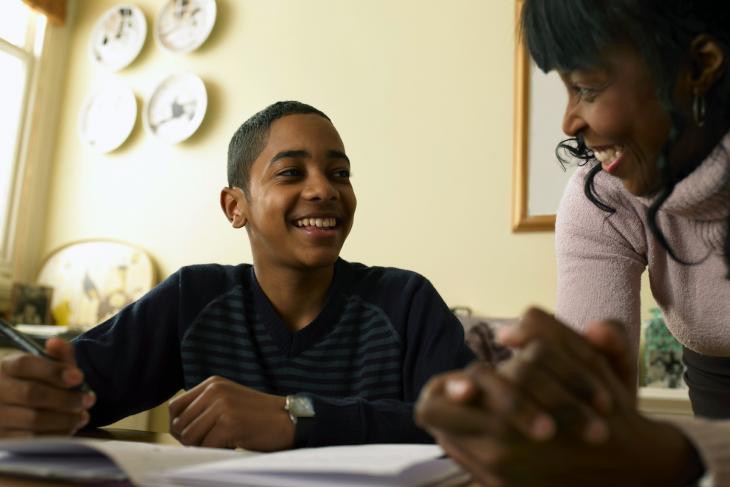 Much of the initial response to my new book about Success Academy has focused on the role parent self-selection plays in the charter school network’s astonishing—and astonishingly consistent—results. Given that I wrote an essay about the critical role parents play for the Wall Street Journal, I can’t complain about that takeaway. But there’s more to the story, and it’s incorrect to attribute Success Academy’s outcomes merely to the families it serves. It’s equally important to look at what parent buy-in actually buys: a coherent, energetic, and unusually consistent school culture that drives student achievement, and which can only be achieved when parents are active participants, not unwilling conscripts

The clearest insight into Success Academy’s culture and performance predates the network’s founding. In 2002, Nobel Prize–winning economist George A. Akerlof and his colleague Rachel E. Kranton published a paper titled “Identity and Schooling: Some Lessons for the Economics of Education” in the Journal of Economic Literature. They observed that schools not only impart skills; they also impart an image of ideal students, their characteristics, and their behaviors. “School rituals—pep rallies, homeroom announcements, assemblies—and day-to-day interactions in classrooms, hallways, and gymnasiums reveal the nature of this ideal. Teachers, administrators, and coaches praise and reward some students, while they disapprove of and punish others. These features and occasions define what we call a school’s social category and its ideal student. Students with backgrounds similar to this category readily identify with the school. Others, however, do not fit in easily,” they wrote.

Akerlof and Kranton’s point, which reaches full flower at Success Academy, is that you have to establish and promote a culture of achievement and inspire a critical mass of students to embrace it. “If you’re able to get a majority of the students to buy into it, it becomes self-perpetuating, because young people like to fit in,” explains Patrick Wolf, an education policy professor at the University of Arkansas, who introduced me to Akerlof and Kranton’s work. “Even if a student is not oriented toward valuing achievement, if they enter a school in which that’s the dominant culture, they will accommodate themselves to it.”

Success Academy’s culture is unusually clear and consistent. It offers an unmistakable vision of who students are expected to be and why it matters. Ensuring that a child’s parents are on board and equally committed at home magnifies the effect. And it stands in sharp relief to the neighborhood schools that their students would otherwise attend, where staff are more likely to be advised to “choose your battles wisely” rather than to “sweat the small stuff.”

If you accept the idea that school culture can be a significant driver of student outcomes, even the primary one, it leads to an uncomfortable conundrum for education policymakers. The ability to “control for culture” is baked into the opportunities afforded the children of affluent Americans. If you are reasonably well-off and want your child to go to school surrounded by peers who take school seriously, behave well in class, care about their grades, put forth significant effort, and have parents who are as engaged and invested as you are, you have your choice of private or public schools in higher-income zip codes that offer gifted programs and Advanced Placement classes. It is challenging but not insurmountably difficult to steer your child into a productive learning environment alongside equally motivated peers who embrace an academic identity. Most pertinently, your right to self-select and pursue an excellent education for your child is unquestioned and unremarkable.

If you are a similarly-minded parent, but without the means to pay your way out of a chaotic or poor-performing neighborhood school, your options are limited. Success Academy founder Eva Moskowitz understands better than most the connections between school culture, parental buy-in, and student outcomes.

You can take a cynical view of this, and many do, believing Moskowitz “creams” parents to make herself look good and to shame neighborhood schools and the teachers union. Or a more generous one: Moskowitz alone among major ed reform figure understands that school culture is essential, must be established, nurtured, and zealously protected—and nothing is more deleterious to those efforts than families who are less than fully committed. I embedded in Success Academy to see for myself and make up my own mind based on what I saw, not on what critics or cheerleaders insist. Even though Success makes some instructional and curricular decisions that I might not make, on the whole what I saw was a school culture that appeared to be working well for the majority of children. It’s worth dwelling on how it feels and the signals it sends to children.

To put it mildly, the historic relationship between low-income children of color and schools in the United States has not been a good one. If you are black or brown and poor, particularly in a large city, school is the place where, as often as not, you learn the low regard in which you are held. The message you often receive is that you are not very capable and not much is demanded of you. The relationship between communities of color and schools has been characterized by some combination of low expectations, failure, and coercion, often tinged with racism, either tacit or overt. We have warehoused generations of children of color in our schools, given them little, and asked for even less in return.

What I was saw at Success Academy—what felt different, powerful, and potentially enduring—was a consistent pattern of high expectations, warmth, and encouragement. Tough love, to be sure, but focused on specific and measurable outcomes. The engagement of the teachers I spent a year observing was personal, authentic, and intense. Whether they could articulate it or not, the children under their care surely sense the investment their teachers have in them and in their success. Frustrated by my inability to name this quality, let alone quantify it, I started referring to it offhandedly as the “GAS Factor.” GAS stands for (forgive the indelicacy) “give a shit.” It describes the signals communicated to children by their school that there are adults in their life outside their immediate family who are invested in them, view them as capable, and expect much from them and for them.

Educators and scholars often fret about whether schools pay sufficient attention to developing students’ civic engagement. It is seldom observed that schools are not where children go to learn civic engagement, but to experience it, to feel the effects of the civic engagement in their community. This is the “hidden curriculum,” the unwritten, unofficial, and often-unintended lessons, values, and perspectives that students absorb. If you are a child, you see it in the interest teachers take in you and the signals that your education is important and leads to some meaningful end. You are not just in school marking time and filling a seat. School matters. You matter. Your teachers aren’t punching a clock and cashing their paychecks. They give a shit. By extension—since teachers act on behalf of the state and society, which authorizes and administers the vast majority of our schools—so does your country.

Empathy is part of the GAS factor, but only a part. Highly effective teachers care deeply about their students, but so do a lot of highly ineffective teachers. “They won’t care what you know until they know that you care” goes an expression repeated endlessly to new teachers. The advice, like so much about education, is offered in earnest. But it is easy for this kindly bromide to mutate into low expectations, even condescension. How can we expect a child to pass algebra when he’s hungry? How can I ask this teenager to do her homework when her mother works nights and she’s responsible for her younger siblings? Why should we expect children to read and understand Shakespeare when it’s so far removed from their lives, interests, and personal experience? How can I expect this student to behave like the other kids, given the trauma he’s endured at home and in this neighborhood? The brand of tough love practiced at Success may not be for everyone, but it is authentic and effective. When you are surrounded by adults who are clearly invested in your success, who do not assume your inevitable failure or condescend because they perceive you as less than or other, who do not dwell on your deficits or perceive you as oppressed or a victim, you are pointed in a different direction in life.

But why standardized tests? Why not art, music, writing, or a student’s personal passions? Why must a reading or math exam be the referendum for a child’s relationship with their school? It needn’t be, of course, and I have written elsewhere at length about the deleterious effects of testing and test prep. But in this context, there is something powerful about an objective measure of achievement. It is one thing when your mother or teacher expresses pride in your accomplishments. It is quite another when the State of New York tells you that your performance equals or exceeds anyone’s in the state.

Consider for a moment how this experience must feel to a low-income child of color at Success Academy, surrounded by adults who seem deeply invested in him and his test scores. You get pushed and encouraged with “attack strategies,” positive reinforcement, and, yes, a megadose of test prep. There are phone calls from your teacher, often nightly; handwritten notes of encouragement from your principal or your teacher from last year; and pep rallies, prizes, and effort parties. No attempt is made to suggest that the bar is low and the test is easy. Quite the opposite. The bar is high. You are given a challenging task by supportive adults, pushed, prodded, cajoled for months, and told, “You can do this!”

And then you actually do it.

Even more powerfully, you are part of a school community where nearly all your friends do just as well you, and all your friends’ parents value education every bit as much as your own do. It’s not possible to overstate the astonishing normalizing power of this school culture or the degree to which it is at odds with the school experience of the majority of low-income children of color in the United States of America of a place called a school. One cannot be blithe about it, or cynical.

It is nearly inconceivable that a school could create or sustain this kind of school culture—or any well-articulated and coherent culture—in the absence of parents making a clear-eyed decision to sign up for it and vote with their feet. If school culture and parental buy-in is what differentiates successful schools from less successful schools, if we prevent low-income black and brown parents, and only those parents, from self-selecting into productive school cultures that fit their desired “social category and ideal,” we are functionally imposing mediocrity on those families—and only those families. If we want to start unwinding and correcting the chronic and persistent underperformance of schools serving low-SES Americans, let’s start there.

This essay is adapted from How The Other Half Learns: Equality, Excellence, And The Battle Over School Choice (Avery, 2019, $27, 384 pages), by Robert Pondiscio, where portions of it originally appeared.