Charter schooling on the ropes? 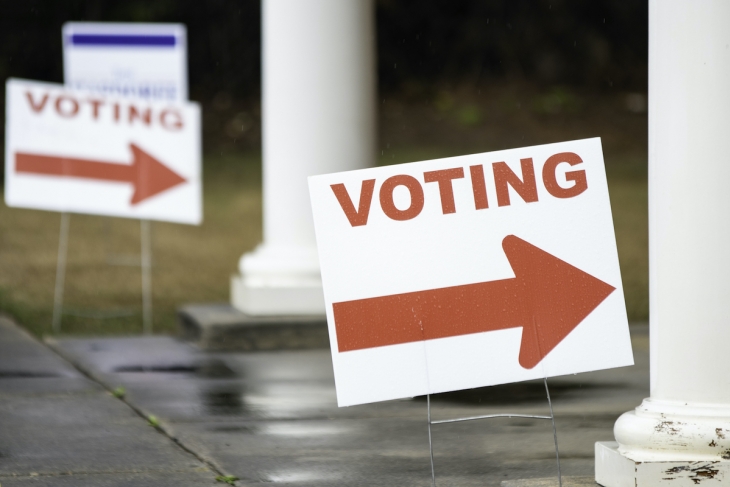 The negative partisanship animating this year’s presidential contest notwithstanding, charter school advocates will have their hands full no matter who prevails. That was the glum consensus from panelists last week during a plenary session hosted by the Colorado League of Charter Schools as part of the organization’s annual Leadership Summit. (I serve on the League’s board of directors.) Moderated by the National Alliance’s Todd Ziebarth, the conversation featured Dr. Howard Fuller, California charter association head Myrna Castrejón, and Fordham’s Mike Petrilli.

Ziebarth set the stage by providing some context for the headwinds facing charter schools, which have enjoyed bipartisan support at the national level going back to President Clinton and the creation of the federal Charter Schools Program. However, since the 2018 midterms, House Democrats and the current administration have made hostile moves against the program, and both Bernie Sanders and Elizabeth Warren were particularly critical of charters on the campaign trail. According to Ziebarth, organized opposition to charters is “wider, deeper, and more threatening than we’ve ever seen it.” Federal policy aside, the key question is what next month’s election portends for state legislative races: Could we have another wave of anti-charter lawmakers—most vividly among Democrats—eager to advance unfriendly legislation?

Charter schools have always faced opposition, but the dogfight they find themselves in now was long in the making according to Fuller, who also talked about the racial issues that must be considered within a larger struggle for social justice. He underscored a lack of foresight among charter advocates, complacency, and a struggle to effectively tell the stories of the children benefitting from charters, thus allowing opponents to define charter schools as being “polite cousins of segregation” and anti-public education. Fuller sees a difficult road ahead:

When I look at this election, I’m looking at a choice between a man who don’t give a damn about my life and another man who doesn’t care about something that I’ve fought for all of my life… I think that we’re going to have to decide who we want to fight and what the fights are going to be… We have to organize ourselves to be prepared to fight [regardless of who wins].

For his part, Fuller has already cast his vote for Biden, despite his chilly posture toward charters, and is prepared to push back, especially if Democrats win unified control of the federal government.

Petrilli largely agreed with Fuller’s diagnosis of the political problems plaguing the sector. To be sure, charter schools are in a better position than other parts of the reform agenda (e.g., standardized tests and accountability) thanks to a constituency of millions of families. Charters have also done a better job in responding to the pandemic than most urban school districts have. If Americans decide to turn the page next month, there’s a hope for a return to some semblance of normalcy where the two parties again fight for the center instead of retreating to their respective corners. Without Trump in the picture, it might help reduce the incentives Democrats currently have to reflexively reject charters and choice, plus his defeat might pave the way for a sizable federal relief bill that would benefit all public schools. Still, growth and expansion seem far less likely in the near term as charter schools will continue to be on the defensive.

Castrejón further raised the alarm, calling California a “canary in a coal mine” in the battle over school choice. She agreed with Fuller that the forces of resistance and repeal have been executing upon a playbook that’s been in the works for some time. Couching the state of play as an “asymmetrical war,” Castrejón minced no words in describing the well-funded and formidable adversary that are the teachers unions, but she also sounded an optimistic note in citing polling data showing continued and strong public support of charters—especially among Black and Hispanic families—in spite of the unions’ negative campaigning.

The conversation further explored the current political dynamics, from the intraparty divide on the issue among Democrats to the success of charter opponents in establishing front groups who masquerade representing the interests of students and families. He wasn’t on the panel, but my friend and 50CAN EVP Derrell Bradford previously offered an assessment that encapsulates the current mood:

This is an amazingly dangerous moment for charter schools. To be straight about it, the teachers unions right now are not OK with coexistence any more, though there may be a few places they will have to live with charters as they are currently arrayed. But to the extent that they can stop or end not just the growth but the existence of charters, they will.

Colorado is one of those few places, as our governor, Jared Polis, founded not just one, but two charter schools, and he may be the only Democratic governor who not only supports charters, but deeply understands and appreciates them. Charter advocates outside of Colorado who don’t have a friendly governor or supportive legislative majorities face longer odds, but based on what the panelists shared, November will reinforce the need for charter proponents to prepare for the worst and hope for the best.