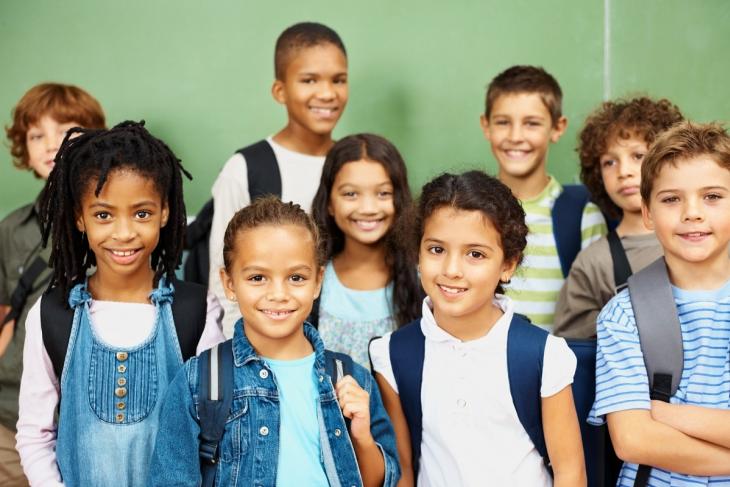 This essay is part of the The Moonshot for Kids project, a joint initiative of the Fordham Institute and the Center for American Progress. This is the last of three installments. The first introduced the federal Charter Schools Program (CSP)—one of the largest and more successful examples of government-supported education R & D. The second explained its creation and chronicled its early years.

Looking at this array of subprograms and grantees, one might suppose that Uncle Sam is driving the charter bus. But look at it another way. Federal funding for CSP reached a peak of $440 million in FY 2019—and the Trump administration budgeted $500 million for FY 2020 (though at this writing House appropriators have approved just $400 milllion). Set those numbers alongside the thirty-plus billion dollars that states are currently spending to support the operations of their charter schools, plus much more by way of facilities, authorizing, monitoring, etc. The federal dollar share is barely one percent. To be sure, most charters also get other federal funding—for disadvantaged students, children with disabilities, subsidized breakfasts and lunches, and more. But those are dollars that all public schools receive. Within the “charter bucket,” the federal CSP is chickenfeed alongside the resources supplied by states, not to mention private philanthropy and schools’ own fundraising.

It’s true that here, as always, the strings attached to federal funding have consequences that may dwarf the direct impact of the dollars themselves. It’s surely true that some of the big CMOs and national organizations in this sector would struggle financially if their CSP support dried up entirely. And it’s probably also true, as Ms. Wolfe wrote, that over the decades CSP “has played a critical role” in expanding the charter sector.

Yet what that really means is that the federal program has had remarkable leverage, i.e., it has incentivized and lubricated multiple parts of the charter realm. Unlike so many federal education programs, which provide ongoing subsidies for the day-to-day operation of activities and services that Congress has deemed worthy of such subsidy, CSP is more like a fuse than an explosive or (if you prefer a more sedate image) more like the yeast than the flour in a well-baked loaf of bread. One could fairly say that it has performed remarkably well at helping to develop America’s charter school sector—develop in the sense of “R & D” develop. It’s true that not every single start-up grant produced a viable school, and not every single school that opened with CSP help has been a great academic success. Not every grant to a state has yielded a high-quality charter program. Not every replication has worked out as well as the original (though some turned out better). Not every dollar has had the hoped-for impact. Not all the “innovating” that Congress intended has occurred, and when it has, the traditional public education system has often been loath to embrace charter-incubated reforms and innovations.

Yet the United States today has a robust charter-school sector that has become an enduring and important, albeit still relatively small, part of American K –12 education. Unlike the New American Schools venture that commenced around the same time and mostly out as the grant dollars dried up and participants were left to make it on their own, the charter sector is now deeply embedded in our education system; it’s the most conspicuous element of that system’s gradual shift from one that assigned children to more-or-less identical district-operated schools near their homes, to one that welcomes a measure of diversity and accepts a large amount of parent-driven choice—a profound and lasting change in how Americans view public education.

It’s also worth reflecting on some key ways that CSP differed from New American Schools (NAS), beginning with the fact that they operated on two quite different theories of change. NAS invested in school “models” that were meant to be innovative, but it didn’t alter governance arrangements, such as district bureaucracies, control by elected local school boards, and binding union contracts. It assumed that the established system could and would embrace and accommodate new models, provided they were sufficiently appealing—and it concentrated on selecting a handful of such models and linking them up with districts game to try them. That means New American Schools also took for granted that its new models would generally be imposed on existing schools—existing schools, that is, within the existing structures of public education and its familiar mode of governance.

The Charter Schools Program, by contrast, was agnostic about the type of innovation that its schools embraced—Waldorf or No Excuses, Montessori or personalized learning, classical or progressive—but instead focused on governance. Its schools were almost all new, not conversions of extant schools, and they had to be independent—free from the district bureaucracy—and chosen by families and teachers. Most also were, and remain, union-free, though that was not a federal requirement.

The financing strategies differed, too. Most obviously, NAS subsidized the developers of models while CSP assisted with the creation of actual schools. And New American Schools drew its subsidies from a finite pool of private dollars while CSP had access to recurrent federal appropriations. (This difference fades when one also associates NAS with the recurrent federal funding that came with Comprehensive School Reform and School Improvement Grants, though those cost Uncle Sam considerably more money than CSP, which took for granted that charter schools, once up and running, would have their operating costs met by states.)

In retrospect, mulling the fates and legacies of these two federally-inspired school reform initiatives of the early 1990s, New American Schools largely withdrew from the scene as its funding dried up and its early clients changed their minds or found school conversions too challenging. Yet some of the ideas and approaches that it sponsored turned out to linger and sometimes morph. Examples include Success For All’s approach to literacy, James Comer’s holistic approach to kids (an antecedent of today’s obsession with social-emotional learning), as well as at least one prominent organization—Expeditionary Learning, now EL—that evolved from its Outward-Bound origins into a source of curriculum design, professional development, and a network of schools spanning the district, charter, and private sectors.

By contrast, the federal Charter Schools Program is very much still with us, and the charter movement that it abetted now directly benefits millions of children. It has also contributed to a wider education revitalization—the right to choose one’s school—even as we acknowledge that its impact on district schools has been less than many hoped. Moreover, the competition that it poses to those districts (and their unions) has engendered hostility that seems to be intensifying and attracting more political interest as the 2020 election heats up.

It’s a pity that the politics of the Trump era, the pressures of the upcoming presidential race, and changes within both our major parties (but—when it comes to charter schools—most vividly among Democrats), has caused the bipartisanship that characterized charter policy for more than a quarter century to erode, and with it some of the support for CSP. I hope that CSP remains strong and decently funded, for there’s still much “developing” to do in the charter sector, not just more quantity, but also now heightened attention to quality. The sector itself, however, is now well enough established and self-reliant that shrinking (or even scrapping) CSP would prove painful to it but in no way fatal.

Meanwhile, there are at least two other lessons to be derived from the CSP saga. One is that any R & D effort that doesn’t take into account the rigidities and often dysfunction of local school districts is not going to accomplish much. Going around those constraints, as with charter schools, is one approach—and one I generally favor. Those engaged in education R & D ventures that they are bent on placing “within the system,” however, must deal with its realities. Innovations in curriculum, pedagogy, and technology, for example, have to be able to be implemented by ordinary teachers, many of them not exceptionally well educated, many with lifetime tenure, and all of them bound by the system’s rules, norms, and practices. School improvement initiatives have to work with school leaders who may not be as strong as reformers wish. Policy changes must be devised to survive the hurdles placed in their way by bureaucracies, local politics and multi-year contracts—or else be limited to the handful of places where circumstances occasionally lower those hurdles.

All of that is far harder to make happen successfully than to launch something new on the system’s periphery. And it’s harder still when the dollars flow via formula to every state and, sometimes, every district, rather than in response to convincing proposals. Scarcity and competition are stronger incentives than abundance and universality. But even they can (and usually do) founder when the changes promised in those proposals have to be implemented within a stodgy, rule-bound system.

I won’t claim that CSP has fostered much research, but when it comes to development, the fact that it’s mostly about “something new on the periphery” has enabled it to have quite an impact, certainly more than most R & D ventures in education can boast.