Was Eli Broad right to try to improve urban districts or should he have focused solely on charter schools? 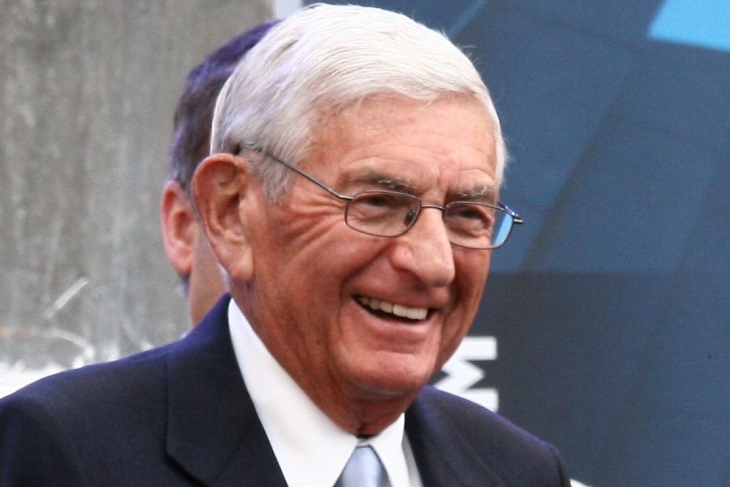 Much has been written on the proclivities and idiosyncrasies of billionaire magnate and education provocateur Eli Broad, who passed away late last month at the age of eighty-seven. A self-proclaimed “venture philanthropist,” Broad began making his mark on education in the early aughts—though his support for ed-related issues started much earlier—by opening his deep pocketbook to reforming urban public school systems and investing heavily in attracting new talent to our sector. His education legacy will continue to be hotly debated—as will his style, an aggressive involvement and legendary impatience that could put people off—but on substance, love him or hate him, it’s hard to argue with the problem Broad initially sought to rectify: the excessively bureaucratic, overly politicized, and woefully underperforming big city school district, as typified by his adopted hometown system, Los Angeles Unified.

The most public face of this effort was the Broad Prize for Urban Education, which at one point—along with the accompanying $1 million award—was considered the nation’s most prestigious recognition for large urban districts, akin to winning the Super Bowl.[1] Yet even as Broad’s Foundation was awarding these prizes, reform-oriented district chiefs from Michelle Rhee and Joel Klein to Cami Anderson and Mike Miles were being pushed from their perches, and by 2015 Broad had abandoned this strategy. Fast forward to today: With the head of Chicago Public Schools recently announcing her plans to depart, the top posts at the nation’s three largest districts will have turned over this year. The never-ending churn has led to renewed criticisms that urban school districts are impervious to change and ultimately ungovernable, raising the question of whether Broad was right to try to improve them in the first place. Should he have known better?

It’s an intriguing question, but perhaps an even better one is why he stuck with big urban districts for as long as he did. Indeed, Broad was a big believer in the traditional public system, having grown up and attended schools in Detroit when labor politics was still a rough and tumble sport. His father was a union organizer, and from him Broad internalized the importance of trying to work with unions and taking calculated risks to do so. To wit, he was the only philanthropic backer when then New York City union leader Randi Weingarten wanted to start a charter school in Brooklyn back in 2005. The experiment failed. But if it hadn’t, Broad might have co-opted the unions’ hostility towards charters and choice, an antipathy that has only deepened during the intervening years.

Although there’s a widespread perception that Broad shifted his focus from traditional districts to charter networks, in fact he had long taken a vigorous and muscular approach towards both. With urban systems, Broad understood the crucial role of governance and accountability, which is why he was a diehard proponent of mayoral control. While it didn’t work out in his own backyard in Los Angeles, he pressed hard for it in other locales, with his influence most felt in the Big Apple and the nation’s capital. This footprint extended to Broad’s backing of teacher merit pay programs in both cities. On charters, Broad was an early and plucky investor in their incubation, development, and expansion, a dedication well documented in his giving.

Broad’s support for education reform was as wide as it was deep. From teaming up with his best friend, former Los Angeles mayor Richard Riordan, to install a reform-oriented school board and bankrolling various academies and residencies focused on elevating game-changing leadership, to underwriting bold if ill-fated policy campaigns and raising millions for after-school programs, his influence is difficult to overstate. Broad drove the development of what would become President Obama’s Race to the Top, and his generous giving to Democrats and their causes served as something of a counterweight to the outsized financial influence of the teachers unions.

What’s more, Broad helped to organize some of our nation’s top education donors, including Walton, Gates, Fisher, Robertson, Hastings, and the Arnolds. His passing leaves a sizable hole not just as a funder, but also as a strategist and advocate—a role that fit synergistically with his temperamental inability to accept the status quo, a stance he also brought to many other realms besides education. Even after he gave up on urban districts as the unit of change, Broad was undaunted in his convictions. “I’ve never been afraid of failure,” he once said, “and the worst thing that can happen is—nothing changes.”

We may be seeing more of that today. The pandemic has only emboldened the forces of resistance and repeal at a time when large districts need to get serious about pulling in the same direction if their students are to have a shot at getting back on track.

If Broad’s adopted home in the City of Angels is any indication, the prospects are grim. To wit, the district just abandoned its plan to extend the upcoming school year, and by doing so showed its inability even to go through the motions of putting students’ interests first. It’s this type of bureaucratic (and union) intransigence that undoubtedly sowed frustration with the restless philanthropist, but it didn’t deter Broad from ambitious designs like the one he backed to place half of Los Angeles’s students in charter schools—earning him a special kind of ire from the teachers union. To his credit, Broad never seemed to be troubled by the blowback. As he once remarked, “We don’t mind taking risks. We don’t mind being criticized, at times even being hung in effigy.”

Broad’s holistic strategy included investments in charter intermediaries, as well as donations to charter-friendly school board candidates. Unlike the laundry list of maladies that continue to afflict urban systems, the evidence base behind high-quality charter schools is unimpeachable. As my colleagues Mike Petrilli and David Griffith have noted:

Our back-of-the-envelope arithmetic suggests that moving from 25 percent to 50 percent charter market share in urban areas could cut the achievement gap in half for at least 2.5 million Black and Latino students in the coming decade. And of course, with more equitable funding, improved oversight, and an expanded role for truly high-performing networks, the dividends might be even larger. With so much to be gained for America’s most poorly served children, there is simply no reason not to prioritize the expansion of charter-school policies and programs in the years ahead.

Suffice to say, the difference in ROI between charter schools and traditional ones in the urban context couldn’t be clearer. Yet Eli Broad ought not be faulted for trying to sway the direction of America’s urban districts, if only because, collectively, these institutions serve north of eight million students, over 70 percent of whom are Black or Hispanic and poor. If anything, we need more civic leaders like Broad who are willing to put in the time, money, and sweat for our most marginalized students, not in spite of, but because of the overwhelming odds.

[1] I remember this well because during a conversation I had many years ago with a state official about the possibility of a local district vying for the prize, he turned to me and deadpanned, “Super Bowl? More like the toilet bowl.” By which he meant the district’s academic performance was in the proverbial crapper.