Schools face a double whammy this fall: illiteracy and illiberalism 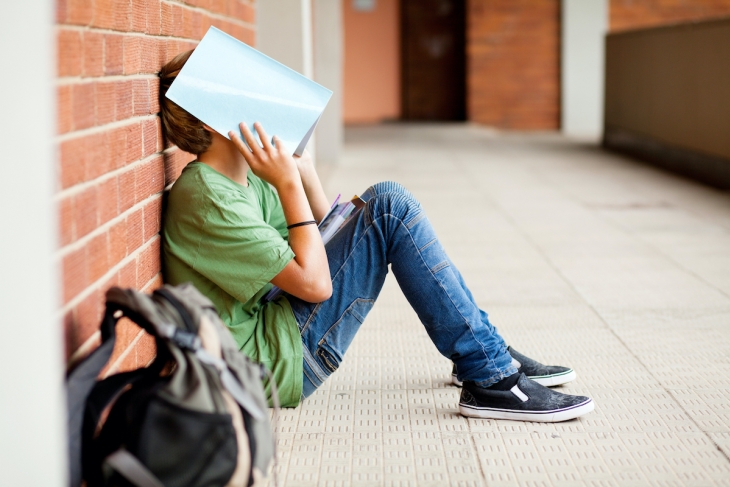 We’re not even midway through the summer and the start of the new academic year is in some cases just weeks away. As Tennessee Education Commissioner Penny Schwinn recently told the Wall Street Journal, students and teachers “will walk into school and it will feel like school pre-pandemic.” It’s one of many signals that Americans are eager to move on. However, in breathing a collective sigh of relief, educators and policymakers should be prepared for the tempest that’s been brewing and building: a dual threat posed by students who cannot read and districts taken hostage by our broader cultural wars.

Sadly, illiterate children are nothing new in America. Even before the pandemic took hold, more than 80 percent of Black and Native American students scored below proficient on national reading tests, and 77 percent of Hispanic students have been stuck under that same threshold. Despite these abysmal numbers, Emily Freitag, CEO of Instruction Partners, says the data on reading from this past school year across forty-one states looks especially “terrifying”:

According to one commonly used reading assessment, the DIBELS benchmark measures, the percentage of students falling into the “well-below benchmark” category that predicts future reading failure grew from 26 percent in December 2019 to 43 percent in December 2020. All demographic subgroups were affected, but Black and Hispanic students were particularly impacted. There is no precedent for this kind of decline in the last twenty years of using these reading measures [emphasis added].

And it gets worse. We now have a full set of student test scores from Texas that suggests the pandemic erased the last seven years of gains in reading and math. And that’s in a state whose school closures were relatively short-lived.

At the same time, local school boards find themselves in a no-win situation as a kind of collective cultural panic triggers vast numbers of people on both sides of the aisle to embrace illiberalism. From Dr. Seuss to Ruby Bridges, new battles are being waged over how to teach the American story. Alas, this attempt to chill thought and speech marks a departure from previous efforts to reexamine history, as author and commentator Jonah Goldberg observes:

Radical historians, primarily in the 1910s, the 1930s, and the 1960s, rewrote or revised the standard American story (necessarily, in some cases). It was a mixed effort. But this is how things go. The intergenerational construction of an American narrative must be conversational.... This is how we understand our past, present, and future selves. No historical school monopolizes our national narrative; only competition/conversation of narratives and interpretations deepens our appreciation of our national identity. But today’s efforts are not voices in this conversation; they are attempts to shut up everyone else.

What’s more, it’s nothing short of ironic that many students cannot even read the texts that zealots on both sides of these arguments are squabbling over.

Illiteracy and illiberalism would seem to put students on a collision course with long-term failure, but it’s not a predetermined outcome. Freitag believes that schools can eradicate illiteracy if they use data regularly to track progress; employ a strong, evidence-based reading curriculum; and allocate real focus and attention to the success of every student. With coffers newly flush with Uncle Sam’s cash, schools have little excuse not to pull out all the stops to make up for lost time.

Short of that, districts should heed Robert Pondiscio’s advice and buy every student and parent one of the best-selling education books of the Covid era: Teach Your Child to Read in 100 Easy Lessons. I used the program with my students as a principal, and I’ve since used it to great success with my daughter and niece. Its highly scripted approach is completely out of line with the prevailing education zeitgeist, but its track record of effectiveness is unparalleled and the price, less than $14 a pop, can’t be beat. If there’s one area for consensus in our topsy-turvy, all-consuming education argy-bargy, it should be with the teaching and mastery of foundational reading skills.

Solving the eminently solvable problem of illiteracy would go a long way towards loosening illiberalism’s stranglehold. Perhaps attorney Bob Litan is on to something when he says that it’s time for schools, especially high schools, to consider a revival of speech and debate programs via debate-centered instruction. The goal wouldn’t be to turn every student into a competitive debater per se, but to assist every graduate to become able to speak clearly and logically in front of their peers, using compelling evidence and doing so from multiple sides of any issue.

As temperatures rise in schoolhouses this summer, the burden of remedy falls disproportionately upon the shoulders of educators. Two of the biggest flashpoints are the wars being fought over reading and culture. By homing in on literacy and the virtues of knowledge, persuasion, and reasoned debate, schools can help ensure a more decent, tolerant and literate society in the future.