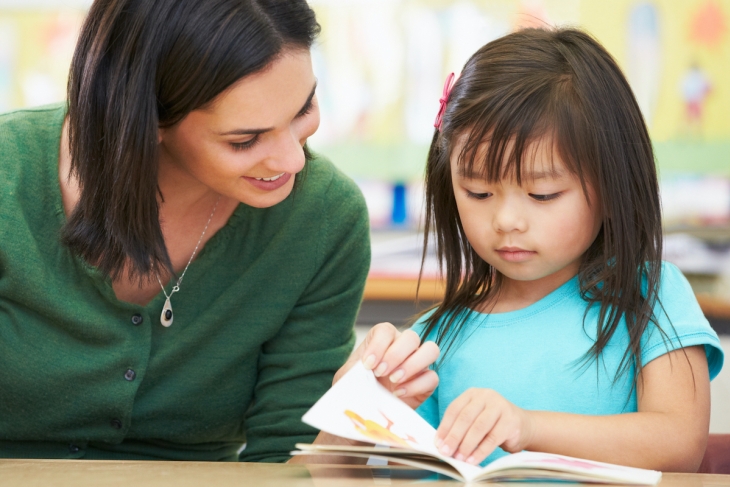 One of the best-selling education books of the Covid era is one you’ve probably never read and maybe never even heard of. Teach Your Child to Read in 100 Easy Lessons was written nearly forty years ago by Siegfried Engelmann, who passed away in 2019. The cover of the most recent edition claims “more than half a million copies sold,” but one of the surviving coauthors, Phyllis Haddox, was recently told by her publisher that a surge over the past year has now pushed sales over one million.

If you’ve never heard of it, that’s not entirely surprising. It’s a modification for home use of “DISTAR,” the Direct Instruction System for Teaching, Achievement, and Remediation, pioneered by Engelmann and colleagues. I’ve previously described Direct Instruction as the “Rodney Dangerfield of curriculum,” unloved by schools despite a half-century’s worth of evidence in support of its effectiveness. The book was written “specifically to circumvent schools,” says Haddox, who explains that “DI” had been “systematically suppressed, denied, and ignored by school systems, administrators, and colleges of education.” Frustration with the lack of traction, evidence be damned, prompted Engelmann, Haddox, and a third author, Elaine Bruner, to publish 100 Easy Lessons in 1983. It has sold steadily ever since, and periodically returns to the limelight as new readers, almost always outside of the education profession, discover it. For example, John McWhorter described teaching his daughter to read with the book in a 2019 piece in The Atlantic. “My wife and I are not unusually diligent teachers,” he wrote. “The book worked by, quite simply, showing our daughter, bit by bit, how to sound out the words. That’s it. And yet in the education world, Engelmann’s technique is considered controversial.” Simple, effective, and controversial? Go figure.

The current surge of interest is clearly a product of panicky parents who probably assumed their children would be in school five days a week this year and fear they’re falling behind. The recent traction for the “science of reading” may also be aiding the renaissance. Marcy Stein, a DI expert and retired professor of education at University of Washington Tacoma, assumes parents aren’t closet connoisseurs of curriculum. “For the general public, it’s about phonics,” she says. “If you go to Amazon and say ‘phonics programs,’ my guess is it’ll come up.” She’s exactly right. When you type those words on Amazon, 100 Lessons is one of the top-line selections. But with over 10,000 reader reviews (far more than other books in the search result), a “#1 Best Seller” icon, and the non-intimidating title—a bit of marketing genius—it stands out as an obvious and intuitive choice. Type in “how to teach my child to read” and it pops right to the top.

The intriguing question as we gear up to reopen schools and make up for unfinished learning is whether the book could work as well in schools as it has for motivated parents. Here, even Direct Instruction enthusiasts are chary. The book is an adaptation of the DISTAR “Fast Cycle” program, essentially a compressed version of the first two years of the Reading Mastery curriculum; thus it might not lend itself to general classroom use. “For the kids who can handle it, it’s acceleration,” Stein cautions. “But the pace is quite challenging for some.” Haddox suggests any large-scale implementation in a school setting should include training and monitoring.

One possibility is using or adapting 100 Easy Lessons for one-on-one or small group tutoring, which will almost certainly be a cornerstone of post-Covid recovery interventions. Elsewhere in these pages, Mike Petrilli wraps up his five-part series on “envelope-pushing strategies” to help little kids who’ve lost a year or more of schooling, including “truly personalized” instruction, “blowing up the whole notion of grade levels,” and most controversially (in my opinion), adding an extra year, “a second 2nd grade,” to high-poverty elementary schools. At the risk of picking a fight with the man who signs my paychecks, I’m generally not a fan of Big Ideas and moonshots. Miseducation tends to be less a matter of too little ambition than poor execution. More of what hasn’t worked makes no sense. It makes even less sense to add layers of complexity to teachers’ jobs in schools where there’s been little evidence of success with less challenging instructional strategies.

With the bluntness that seems second nature to Direct Instruction advocates, Stein admits she’s unimpressed with most school-based tutoring programs. “Typically, volunteers come to a school once a week, sit down, and read with a child. They’re more like mentoring programs than tutoring in reading,” she says. “You’d have to be not that to improve reading performance.” Another long-time DI advocate, Dr. Susan Syverud, a former professor at the University of North Florida, describes using 100 Lessons with great success among teacher candidates she worked with in a Title I school in Jacksonville, Florida. “They were required to use it, but I was able to train them, provide support, and monitor progress,” she recalls. “We primarily tutored the lowest-quartile first graders and had phenomenal results.” Echoing Stein’s caution, Syverud sounds guardedly optimistic about tutoring at scale. “I have found that some people pick up 100 Easy Lessons and implement it well, and some do not. I would want any implementations of this to have some supervision, coaching, and progress monitoring,” she tells me. “But one coordinator with lots of volunteers? That’s not a big investment.”

Indeed, at $14.99 per book, you could buy ten copies for every one of the 20,000 Title I elementary schools for less than $3 million—not even a rounding error on the $120 billion schools are slated to get in the newest Covid-19 relief package from Uncle Sam. Heck, you could buy a copy for every Title I school parent.

A proven track record half a century long. And a million parents can’t all be wrong. Where resources are being made available for early elementary tutoring, thirty-five years after publication, perhaps the time has come for 100 Easy Lessons to be used in schools not in spite of them.