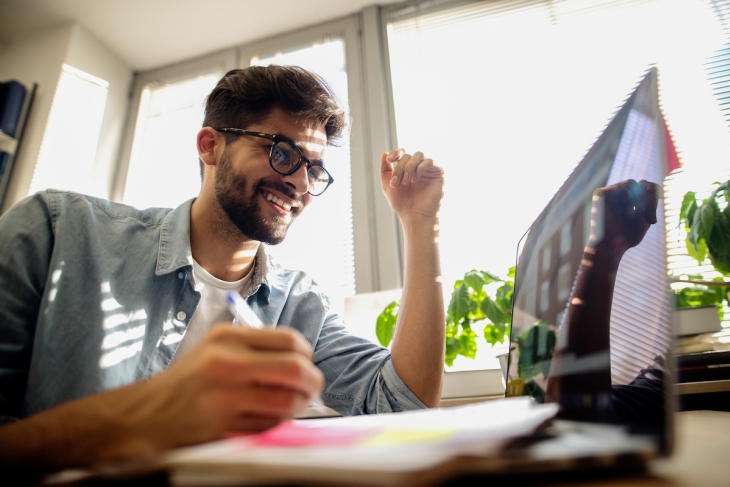 Students’ inability to enroll in required courses—due to capacity or scheduling constraints—can stymie progress toward a college degree. New findings published in Educational Evaluation and Policy Analysis suggest that online courses can help keep students on track to college graduation.

The data come from a large, unnamed public research university in California. Researchers examined six years of data for three cohorts of incoming students—those who entered in the fall of 2009, 2010, and 2011—in thirteen of the largest majors. They look at how online course-taking impacted degree completion and the time it took to earn them. For each major, researchers collected information on all the course requirements and which courses could be taken online. On average, 3 percent of major-required courses (MRCs) were offered online during the study period, although there was much variability across majors. Eight percent of students in the study took at least one MRC online in their first four years of college. The vast majority of those online courses were taken in students’ first year, which proves important.

While these results emerge despite the minimal offerings available—testing the methodology in a setting where more online options exist would likely prove enlightening—the researchers do urge caution in interpretation because there is no random assignment of students to online versus in-person versions of the courses. They are, in most cases, choosing of their own accord which version of a course they take and why. Additional caveats noted by the researchers are of a similar student-centric nature: possible effects on completion time from non-major courses taken online, students switching majors during the timeframe (especially if they do so to finish faster), double- and triple-major students whose graduation times can become extended, and savvy students petitioning for use of other courses to fulfill major requirements. It is also likely that students able to take major courses in their first year (rather than starting from scratch with general education credits) are those coming in with those base college credits via dual enrollment or AP and may represent more focused or motivated students than average.

Despite the fact that some research shows slight negative impacts of online course taking for near-term measures of student learning and performance in college—such as course completion, course grades, and success in subsequent courses—many students can and do utilize the flexibility afforded by online courses to efficiently reach the goal of completing a degree. Quality of online courses matters, but so does the ability to schedule and take needed courses. One hopes that the necessary burgeoning of online options in the Covid era will help with both. But far more analytical attention is being paid to the former while the latter goes unnoticed. This research shows that quantity of offerings matters, too.