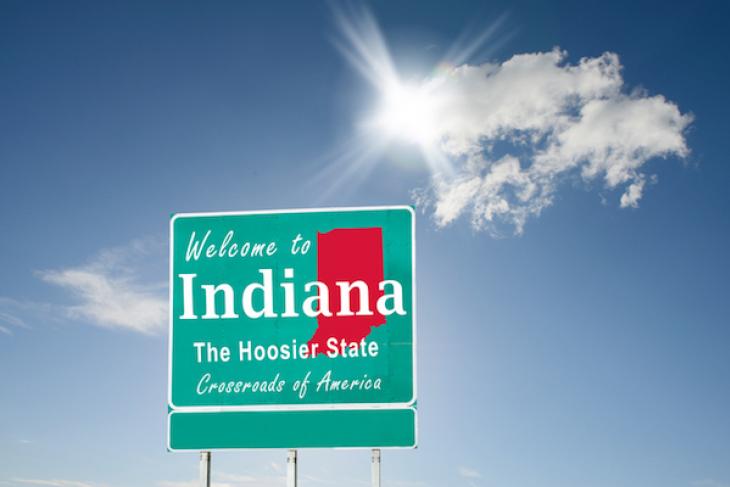 With the 102nd running of the Indianapolis 500 just days away, it felt right to explore another race that featured rip-roaring speed and heart-pounding momentum. In my last post, I called out a few variables that contributed to Indiana’s robust education policy landscape at the beginning of this decade. As I shared in that piece, a confluence of events led to an alignment of the stars, one that’s unlikely to be repeated anytime in the near future. Under the leadership of Governor Mitch Daniels and State Superintendent Tony Bennett, we proposed and enacted sweeping legislative changes that affected teacher quality, collective bargaining, and school choice (charters and vouchers).

During this period, Indiana was unafraid of education innovation, and had some good results to show for it—a testament to the many educators across the state who embraced these changes, as well as gutsy policymakers. Although we accomplished most of what we initially set out to do, there was plenty more that needed to be done when our efforts were abruptly halted by politics. It was a bitter pill to swallow, but the greatest pain is not knowing what might have been. It’s purely conjecture, but I believe Indiana today would be a national leader à la Tennessee or Massachusetts if we had been able to see our reforms through.

Last month’s NAEP results raise further anxiety. It appears that achievement progress has stalled in the Hoosier State; the question is what happened and why. Notwithstanding what we got done between 2009 and 2012, what’s transpired since should serve as a cautionary tale. Specifically, there were three repercussions from the 2012 election that trickled down and adversely influenced schools and districts across Indiana. This is not to say that there are not good people in the state who have been (and continue to be) committed to the direction we had initially set out. Rather, these three pieces made their work much more difficult.

1. Tumult at the top

In 2012, then Congressman, now Vice President Mike Pence was elected as the fiftieth Governor of Indiana and was immediately at odds with the former teachers union president, who was sworn in as the new state superintendent after she upset reform champion Tony Bennett. Overnight, the state went from having a unified vision for education to two diametrically opposing views—with the pro-reform old guard (myself included) on one side, and the anti-reform new supe and her attendants on the other. I didn’t stick around long enough for the prolonged aftermath, but by many accounts it was like watching a car crash in slow motion. The mixed messages coming from the state sowed confusion and frustration in many schools and classrooms.

There’s been a lot handwringing over what Governor Pence did or didn’t do to defend the reforms we had put in place (e.g., Common Core), but I give the current vice president high marks for quickly establishing a new agency early on in his administration to act as a stopgap against those who wanted to unravel the accomplishments of the previous four years. Created by executive order, the Center for Education and Career Innovation helped fill the vacuum in state-level policy leadership following the election. With all of the squabbles and finger pointing, it’s tough to say how much forward progress was made (the agency was abolished a year later), but I shudder to think what would have happened if the agency hadn’t been there initially to provide some stability. It wasn’t the most elegant solution, but the state was in uncharted waters and it took courage to make a move that was necessary, but unpopular with some.

2. An exodus of talent

It comes with the territory, but the change in state leadership meant that a lot of talented people with a great deal of institutional knowledge also packed their bags. The new state superintendent completely dissolved the Innovation and Improvement division, which I led. And the key leaders on educator quality, policy, and accountability, who had been working hand in glove with school district leaders to implement the new laws, departed.

Nor were there smooth transitions. Ours might not have been as messy as the one on Pennsylvania Avenue, but many beats were missed during the handoff. For example, I was never asked to summarize or share my division’s organization and performance goals, even though my team was the tip of the spear on our reforms. As it stands, state education agencies already have a difficult enough time attracting and retaining talent. Capacity is a perennial issue, and it was tough to see all of the hard work around recruitment and retention washed away in one fell swoop.

There’s no need to mince words: The 2012 state superintendent election in Indiana was a brass-knuckled affair. Many families that went to parent-teacher conferences that fall received both their child’s report card and a bumper sticker. And giving credit where credit is due: The opposition utilized a creative ground game—albeit of suspect legality—to paint Tony Bennett as a caricature of the heroic leader and steadfast reformer that I know him to be. For example, a social media post went viral the weekend before the election claiming that Tony was aiming to dismantle music education across the state. It was an absurd claim about a change that we neither had the authority nor the inclination to implement, but it typifies the fighting style we were up against. Our opponents effectively pioneered the trafficking of alternative facts and fake news years before it became popular. I guess you could say they were ahead of their time.

Even after we lost, they continued their attacks. The ongoing barrage sucked all of the oxygen out of the room. With no new policy ideas to offer, political games and name-calling dominated the day, and the relationship between the new superintendent and the new governor descended into dysfunction. The supe and her aides kept up their antics in an effort to distract and disorient. The net result was that policy innovation came to a standstill.

Suffice it to say, 2013–16 was a difficult chapter for education policy in Indiana. The anti-reform forces that rose to power did everything they could to throttle and sabotage forward progress, from teacher evaluation and school turnaround to accountability and school choice. Watching all of this happen from the sidelines wasn’t easy. Fortunately, the voters came to their senses and recognized that the interminable tension and pointed clashes weren’t in the best interest of anyone. (The governor’s ascendancy to the vice presidency surely had an effect too.) It also turned out to be the last straw for state legislators, as they made the office of state superintendent an appointed one, instead of elected, for the first time in the office’s 167 years history. Given that more than half of the state’s budget is dedicated to education, there’s something to be said for providing the executive branch greater latitude over this position.

As vitriolic, unrelenting, and opposed to reform as our opponents were, I believe their shortsightedness will be looked back upon as simply a minor setback. The positive effects of the reforms we installed will continue to emerge in the coming years. Enshrined into Indiana law, there was a limit to how much damage the opposition could do. To their chagrin, many have become sustained changes that touch the lives of every student in the state. It’s a legacy that all Hoosiers should be proud of. And although I no longer count myself as a resident, I raise a bottle of cold milk to all of my friends there who continue the good fight on behalf of Indiana’s children.