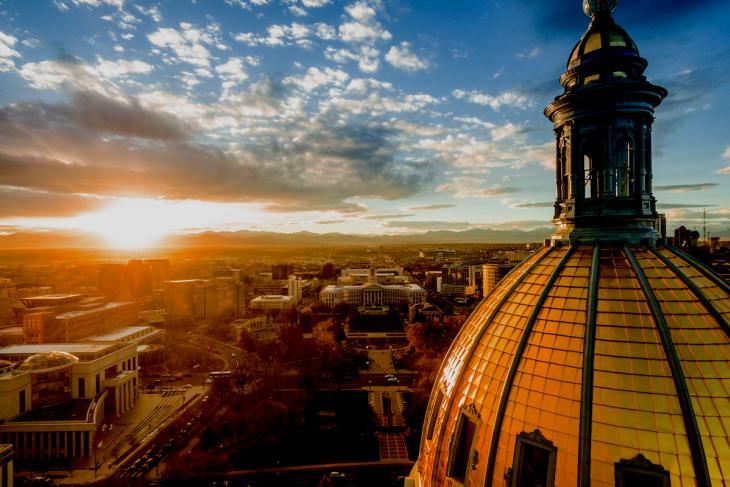 Just weeks away from what could be a watershed school board election, Denver hosted a community town hall last Friday under the auspices of journalist Roland Martin and The 74. Titled “Is School Choice the Black Choice?” the event was the sixth in a series being held across the country with the goal of engaging local communities on education issues impacting communities of color. The panel discussion, featuring six local advocates, school leaders, and elected officials, was a long and winding one, punctuated by lively moments that underscore the broader tensions and complexities currently facing school choice and education reform writ large.

Racial strains figured prominently into the evening’s dialogue, and Martin kicked things off by saying, “You cannot have a movement that involves black and brown children if you do not have black and brown folks leading it and in charge of it.” One panelist described his work as disrupting the “preschool to prison pipeline” and working with black parents to navigate Denver’s “white supremacist school system.” Setting aside for a moment the verbal arms race that has led to the casual trading of such potent terms, the sentiment behind these words illustrates the brutal racial politics involved in communities like Denver when the student population is majority minority and the decision-makers are mostly white.

The emphasis on race is a far cry from the education reform of yesteryear, when the question of school choice being the black choice would have looked and sounded much different. The “soft bigotry of low expectations” was also about race, though by not exactly saying so, reformers were able to keep more people in the big tent. Back then, the focus on race was less tribal, but now it’s unmistakably aggressive, and the town hall reflected the polarization and balkanization of today’s state of affairs. In some instances, the reductionist politics that has infected our broader discourse reared its ugly head on stage. Nowhere was this more obvious than in the lack of consensus among the panelists of what school choice means for black communities.

This disagreement can be traced to several thorny and overlapping issues. For starters, “school choice” can ostensibly mean whatever one wants it to mean. For Martin, choice is about supporting whatever “works”—defined in part by student performance on state tests—regardless of governance structure, and opposing whatever doesn’t. According to him and some on the panel, choice is a tool for affording greater agency to students and families. For others, choice does exactly the opposite. Given the controversial school closings in the city, some now view choice as an anger accelerant and a constant reminder of indiscriminateness and injustice. Fueled by an even broader skepticism of standardized tests and perceptions of inherent racial bias, they argued that the focus on choice is symptomatic of a broader failure to heed and engage the black community on all issues of schooling. Here in Denver, this has been a protracted dispute with no resolution in sight.

In watching the hour and a half of tortuous back and forth, the frustration revealed on stage seemed less about left versus right, reform versus union, or privatizers versus status quo—though all three were certainly in the mix. Instead, there was a populist bent to the conversation, what political strategist Mo Elleithee has described as “in” versus “out.” Elleithee argues, “The real struggle is between the elites and the streets, people and the powerful. We have been increasingly moving in that direction for the past twenty-five years.” Similarly, the resentment expressed by some on the panel and in the audience that night turns on a feeling that they’ve been victims rather than beneficiaries of Denver’s school reforms.

The pushback to yesterday’s reform playbook feels in some respect unfair given the dire straits many of Denver’s schools were once in—when taking no action would have been unconscionable—but it’s fair to say that reformers were guilty of too easily overlooking how schools can be a significant community asset regardless of academic performance. It’s worth remembering Andy Smarick’s outstanding piece, “Can Bad Schools Be Good for Neighborhoods?” In it, Smarick observes:

It might be the case that the school—notwithstanding its persistent low academic achievement—acts as an important strand in the invisible web of social connectivity that helps to hold a community together despite all the malign forces trying to pull it apart… those pursuing school-closure strategies should be mindful that every school, even the lowest-performing, is woven into the fabric of its neighborhood—and tugging on that thread affects the entire cloth.

What cities like my Denver hometown have seen—and which was palpable during the town hall—is a subset of those from marginalized communities reacting and responding to what were well-intentioned and overdue efforts to improve low-performing schools. This doesn’t mean reformers in Denver were wrong to close certain schools and replace them with new ones, but the effort to bring the community along clearly fell short. As the pendulum continues to swing, the stage may have been set for a shift away from choice in the Mile High City.