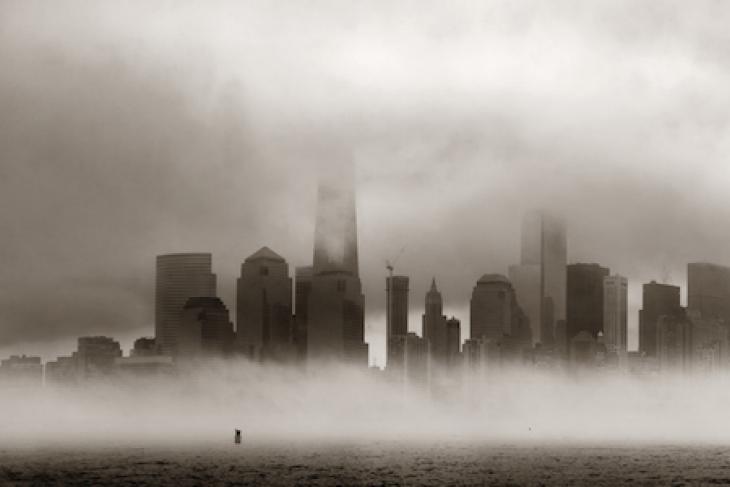 The New York State Board of Regents this week refused to approve early renewals recommended by their authorizer for ten Success Academy charter schools. Among the ten were two National Blue Ribbon schools that placed among the top five in the entire state on last year’s annual math test. The lowest performing of the ten brought 75 percent of its students to proficiency or above on last year’s state reading test.

No matter. The Regents, “striking a firm tone when it comes to charter school oversight,” according to Chalkbeat reporter Monica Disare, kicked the early renewals back to SUNY as “premature.” This, mind you, was the considered judgment of the very same body that last month voted to make teaching a “literacy optional” profession in New York.

Is there any place in the nation where education reform has left the rails as quickly and completely as New York? Once a bright spot on the national reform landscape and a magnet for talent and innovation, New York has, with bewildering and humbling speed, become nearly the opposite. Stellar results posted by high-performing charters are dismissed, while New York City mayor Bill de Blasio invests hundreds of millions of dollars in his signature “renewal schools” model largely without success. Meanwhile a new report from the Manhattan Institute’s Max Eden indicates that school climate, order, and student discipline has “deteriorated substantially” during de Blasio’s term, almost certainly a result of shifting philosophies about school discipline, and a reluctance to suspend students—itself a response to the “no excuses” brand of schooling closely associated with high-performing charter schools. The bad old days are back.

The wreckage that is education reform in New York City and the state at large is a cautionary tale of too much reform all at once, political overreach, and a parental immune response aided and abetted by teachers unions, all of which combined to bring the entire edifice of reform, decades in the making, to a thundering crash. A collection of strong charter schools remain, but even these must engage in perpetual fights with teachers unions and the mayor for space and funding parity, despite waiting lists numbering in the tens of thousands.

How did things go so wrong, so quickly? Veteran reformers and city and state education officials, past and present, express bitterness. Many point to the decision to “put the pedal to the metal” on teacher evaluation at the same time the state’s school districts and teachers were grappling with Common Core and the changes in practice the higher standards demanded. The backlash it engendered fueled the growth of the opt out movement in New York’s politically powerful suburbs, creating strong headwinds from which reform efforts have never recovered.

Under New York City mayor Michael Bloomberg and his schools chancellor Joel Klein, New York City threw out the welcome mat for charter schools. In 2002, the city was home to seventeen charters serving about 3,200 students. The number of charters increased nearly ten-fold by the time Bloomberg left office, with 70,000 of the City’s 1.1 million students in charter schools, including many run by some of the nation’s most highly regarded CMOs: KIPP, Achievement First, Uncommon Schools, and Success Academy.

What New York City incubated spread state-wide. “Going forward, standards, accountability and innovation will be the watchwords of this board and the state Education Department,” promised Merryl Tisch when she was named Chancellor of the New York State Board of Regents in 2009. “I will insist that we continue to raise standards for all of our children and hold every school district accountable for their results, while providing the support necessary to get that done.”

Political battles with the state’s teachers unions were fought and won, ultimately resulting in New York receiving a $700 million federal Race to the Top grant, which at the insistence of then-state commissioner David Steiner, funded the creation of EngageNY, a vast collection of PreK–12 Common Core-aligned teaching resources in ELA and math, which has become even more popular outside of New York than within it: 57 percent of elementary school and 47 percent of secondary teachers report using either Eureka Math or the version of the curriculum developed for EngageNY.

Things went sour, then south. Test scores plummeted when new, tougher Common Core aligned exams hit in 2013, as predicted by proponents of the higher standards and tougher tests. Long-simmering battles flared up between Albany, New York City, and the unions over teacher evaluation. There was broad agreement that something had to be done to improve teacher quality, but the value-added measurement tools favored by reformers were technical, unstable, and inscrutable to parents, whose opinions were largely shaped by howls of protest from their children’s teachers. Governor Cuomo, overriding the advice of state education officials and reformers pressed forward, sending a blistering letter to Tisch and State Education Commissioner John King, announcing his intention to pursue an “aggressive legislative package to improve public education,” and continuing to hammer at teacher evaluation systems that judged only one percent of state teachers to be ineffective, even as fewer than one-third of students were deemed effective in math and reading on state tests.

Everything was in play all at once: charter caps, raising cut scores, Common Core, new curriculum and shifts in pedagogy, and tough new teacher accountability measures. New York was trying to hit a three-run homer with one man on base. The opt out movement, which started as a trickle, became a flood by 2015, with one in five test-takers refusing to sit for state tests, and nearly half in suburban Long Island. Soon Tisch was gone, and King decamped to Washington. By the end of 2015, a state education task force was recommending retreat from Cuomo’s promised—or threatened—reforms, and delivering what the Buffalo News described as “a huge victory for the state teachers union.” The era of high standards and accountability for schools, teachers, and those who train them—an era that never entirely gained traction in New York—was over.

The Board of Regents vote this week kicking Success Academy’s early renewals back to SUNY, their authorizer, is largely symbolic. There is no real danger they will not be renewed ultimately. But a reform- and achievement-minded state would hold such schools up as exemplars, not view them with suspicion and recommend waiting for more proof. More troubling is the Regents’ decision last month to drop as discriminatory the Academic Literacy Skills Test (ALST) as a requirement for teacher certification. About two-thirds of prospective white teachers passed the exam; but less than half of Hispanic and black candidates did.

The decision exasperated many who have fought for years to raise the bar of entry into New York classrooms. “This is not some spurious test designed to torture would-be teachers that has no relationship with what we’re asking our students to do,” fumes one former senior New York State education official, “quite the opposite. The test was designed to mirror what the Common Core requires of our students on the exams.” With a logic that can only be called Kafkaesque, it is now entirely likely that New York will certify teachers who are unable to demonstrate competence in the very literacy skills they are required to teach. Care to predict which schools, students, and communities will be most likely to get the teachers who can't pass the ALST? Filling out your March Madness bracket should be so easy.

It’s difficult to overstate the extent of the collapse or calculate the damage to future generations of low-income children in New York. While there remain dozens of strong charter schools in New York City and demand for their seats remains robust among parents, they are viewed with suspicion if not outright contempt by New York City’s mayor. At the state level, the opt-out movement may have lost momentum this spring. But the damage is done. When Betty Rosa was named the new chancellor of the Board of Regents last year, she struck a tone that could not be more different than her predecessor, calling for the board to “move away from so-called reform.” If she was a parent and not the head of the Board of Regents, Rosa said, she herself would opt out of state tests.

“New York is not the place to be anymore. It’s a shame, and it’s our fault,” says another veteran reform figure. “Virtually everything has been rolled back. And it was entirely predictable.”