No witch left behind 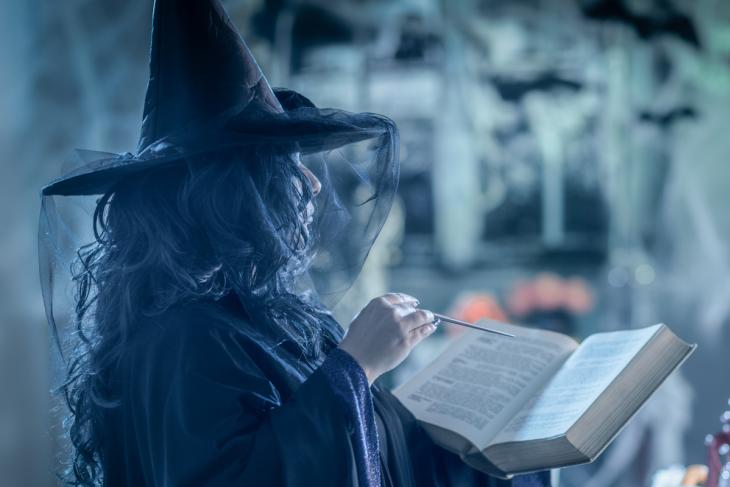 Pop quiz: When was the first law providing for public education in America enacted? It’s true that the Bay State passed the first universal education law in 1852, but the very first law put down its roots two centuries earlier, also in what became Massachusetts. In the 1640s, Puritan settlers began laying the foundation for our modern education system by squarely taking aim at “ye old deluder, Satan.” The act entailed a focus on reading and writing so that every student could succeed (i.e., read the Bible). Witchcraft was afoot, and the Puritans were hellbent on extinguishing each and every one of the devil’s minions.

Considering that today’s education debate is far less grisly—definitely fewer hangings and stonings, and I’m pretty sure that reports of burnings are apocryphal—we might begin to appreciate how far we’ve come in the intervening period. AEI’s Rick Hess gave a great history lesson last week as part of the organization’s Leadership Network summit in Washington, D.C. Examining education as a vehicle for opportunity, Hess began by surfacing some of the tensions that arise in our education debate when we don’t understand the problems that our predecessors tried to solve, and in many cases did.

According to Hess, education pundits have been debating school reform for years, long before any of us got involved. Educators and advocates often take this for granted, and when they do it obscures what were once exciting and innovative reforms. From students in age-defined grades to the nine-month calendar, we often ignore or are oblivious to the reasons behind today’s apparatus. For example, efforts to reform teacher compensation have recently hit a wall, and those involved have been pilloried for attempting to undermine the consistency and stability afforded by step-and-lane pay scales. But if there’s criticism to be levied, it should include not coming to the issue with a greater sense of history.

Akin to civil service employees, teachers today are paid primarily based on seniority and credits or degrees earned. How, one must ask, did this come to pass? The answer: slowly and gradually. Two hundred years ago, teaching was a male-dominated profession in the United States, which is hard to believe, given today’s imbalance the other way. Opening it up to women was a process born of necessity (i.e., men were too expensive, and there weren’t enough of them to staff the number of schools required to make education universal), but it entailed considerable injustices along the way (e.g., women being paid far less than men, black teachers far less than white). In 1921, Denver and Des Moines became the first cities to pay teachers on a single salary schedule. For the first time, a measure of fairness was introduced into the system, although paying more for graduate degrees, mostly held by male high school teachers, continued to skew the field.

Back then, step-and-lane pay was a huge step forward for the profession. Like Hess, I like to think that if I were alive at the time, I would have hailed and endorsed that reform effort. Today, however, step-and-lane pay doesn’t make sense given what we’ve learned over the past century and how employment trends have evolved. Hess argues that a fundamentally nineteenth century system can’t be right for the twenty-first century, but having a productive conversation on reform will remain elusive if we don’t frame things in their proper context. Else reformers risk being viewed as tourists, dabblers, and dilettantes who are unserious about educational improvement. As the clichéd caveat goes, those who do not learn history are doomed to repeat it.

Regardless of whether reformers choose to heed Hess’s argument, it should certainly give pause. The probing questions he offered had all of us in the room reconsidering our assumptions. A further case in point: Considering how much enthusiasm, investment, and disappointment there has been for education technology, how many realize there were exactly zero computers in America’s classrooms as recently as 1960? How does the ongoing debate on school funding square with the four-fold increase in per-pupil spending since the 1970s? In light of what we know about obstacles to employment, especially for our more marginalized populations, why do college degree requirements for entry-level jobs continue to escape scrutiny?

There’s much to be said about perspective, and how it’s in increasingly short supply these days. Personally, I’ve been engaged in this work for over twenty years and I’ve seen my fair share of well-intentioned efforts fly off the rails. It’s been a long and strange trip thus far, but it was helpful to be reminded that those who came before me helped to pave the way here. Halloween aside, we no longer have witches in our midst, but there are still plenty of challenges. In addressing them, what Hess suggests is a little less chest pounding and a lot more humility and historical grounding.