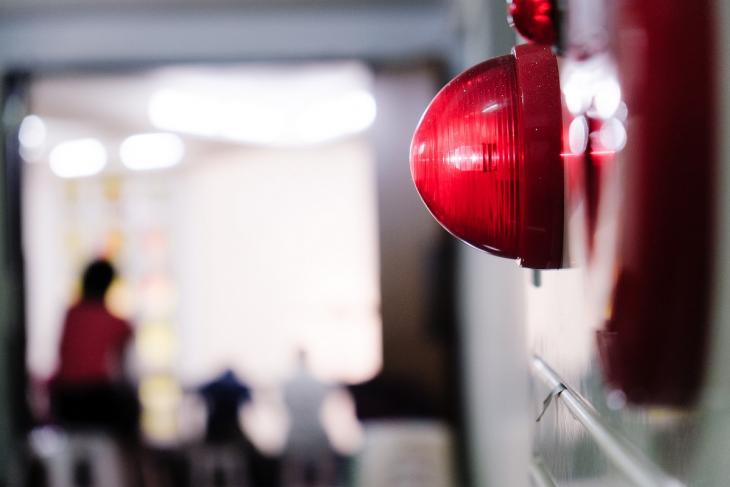 With school reform seemingly stuck in reverse, helpful hints on the path forward might lie beyond education’s boundaries. To wit, Ash Carter recently sat down with NPR to talk about his new memoir, Inside the Five-Sided Box: Lessons from a Lifetime of Leadership in the Pentagon. Carter, who served as Secretary of Defense during the waning years of the Obama administration, offered a number of fascinating insights into the safeguarding of national security, but none were more interesting to me than the “CRIKT” acronym—an ostensible evolution of W’s “Axis of Evil”—used to identify our nation’s biggest security threats.

Here’s how Carter describes it in his book:

As SecDef, I began talking about the fact that the United States faced no fewer than five major strategic challenges: China, Russia, Iran, North Korea, and the threat of terrorism…

The CRIKT formula sent some clear signals that helped people at DOD and beyond make sense of other strategic and organizational initiatives I was championing. For example, it made clear that my advocacy of more high-technology systems, in areas ranging from drone warfare to cybersecurity, was driven by concrete strategic threats, not just a vague sense that the passage of time required technological improvements.

Carter’s plainspokenness got me thinking whether there’s a parallel here in education. After all, there’s plenty of head nodding to go around when education talk turns to gaps in knowledge and achievement or high expectations and higher order thinking, but we rarely talk about education’s “adversaries” in any concrete sort of way.

In the spirit of CRIKT, I see at least four major strategic challenges facing education improvement in this country, the acronym for which is a bit tongue-in-cheeky: CUSS. Granted, some of our challenges are more technical in nature, like the nuts and bolts of recruiting good teachers or implementing strong instructional materials. However, all of this is made harder than it should be by the CUSS groups.

1. Curriculum publishers. While there’s a lot of promise in the current effort to improve instructional practice, one cannot ignore the outsized role played by legacy textbook firms in determining how this effort will play out. These publishers have sales reps from coast to coast—often former superintendents with personal relationships with the schools and districts they are marketing to. The result is a curriculum adoption process that focuses more on wining and dining prospective clients and less on the procurement of an effective product. As my colleague Mike Petrilli has written, only 10–15 percent of districts today use the good stuff, according to an Education Week analysis of market share against various English language arts and math curricula reviewed by EdReports. And increasing that number substantially is far from given. More research is needed, but the evidence we do have suggests that curriculum makes a big difference and is more cost effective than other interventions. Yet we remain oddly reticent about making long-term commitments to helping teachers access and utilize high-quality curricula.

2. Unions. If there’s a Goliath to be slayed, the unions and their sympathizers represent the single greatest force of resistance and repeal. The need for a political counterweight to their might and muscle is more pronounced today than it has ever been. Consider Exhibit A in the Democratic primary for president, Exhibit B in the national wave of labor unrest, or Exhibit C in Providence’s “thick contract.” The Washington Post’s David Von Drehle recently observed, “We’ll know labor is headed in the right direction when the National Education Association becomes an engine of school reform.”

3. School boards. For better or for worse, a laissez-faire federal posture means that the real gatekeepers to school improvement lie with these locally elected bodies. Never mind that too many are notorious for wandering where they don’t belong. Author Dylan Wiliam recently wrote, “For now, it is school boards that are going to be the most important drivers of change (though I wish that weren’t the case!).” I have yet to come around to his point of view, but it behooves us to be clear-eyed about their ability to make or break just about anything they touch.

4. Schools of education. Without being flippant, higher education often makes K–12 look like it’s got its act together. Nowhere does this ring truer than within our nation’s schools of education, where denizens largely have their feet planted in midair as they proffer alternate forms of science, most egregiously on the topic of reading. Many among our ranks have waxed eloquently about the need to reform the education system at its source, but the mechanism for getting our schools of education on board remains ever elusive.

There are arguably additional challenges, but regardless of whether you’re a booster of social and emotional learning or school choice, one or more of these four will likely pose a threat. The question is whether we learn from previous mistakes made with each of these hazards, and how to adequately prepare for them as we press forward on today’s initiatives.

On national security, Carter argues that each challenge represented by CRIKT is different, and that recognizing these differences is the first step in addressing the problem. He says that if you go to a military briefing in China or Russia, the topic is always the United States. If you go to one at the Pentagon or the White House, it’s invariably about CRIKT. As Carter succinctly puts it, “We have to be concerned about all of them, because they are all focused on us.” Similarly, we should be under no illusion about CUSS and their focus on preserving the status quo and defeating reformers. Until we achieve clarity on that, you can expect the wheels on school reform to continue spinning backwards.