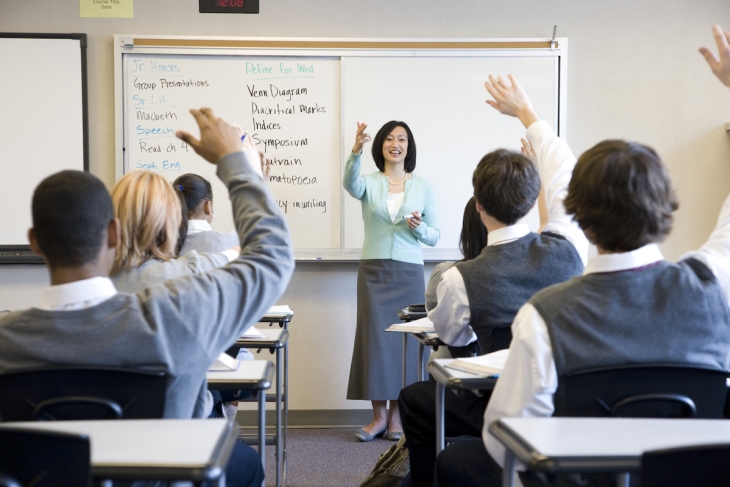 A story that became a flashpoint in national conversations around the effects of “CRT bans” is reaching its denouement: This past week, a hearing officer appointed to adjudicate the case ruled that the Sullivan County, Tennessee, school board was justified in firing high school teacher Matthew Hawn earlier this year.

The hearing officer concluded, reports Education Week, that Hawn, who taught a contemporary issues class, “was insubordinate and unprofessional and violated the [Tennessee state] teacher code of ethics when he failed to provide students ‘varying viewpoints’ on the existence of white privilege.” (Contrary to widespread coverage and social media chatter, Hawn was not charged with violating Tennessee’s recently enacted “CRT ban.”)

It was the right call if you take viewpoint diversity seriously, and not a difficult decision if you’re uncomfortable with teachers conceiving of their roles as a form of social justice activism (whether or not you share their views). The case bodes well for other school districts and states who may be considering adopting or enforcing teacher codes of conduct similar to the one that resulted in Hawn’s dismissal as a tool to recommit teachers to open and free classroom discussion, with multiple points of view represented.

That said, there are two matters in the story that illuminate details that schools, districts, and states need to attend to if they want to use codes of conduct effectively.

The first is the importance of ensuring that teachers understand what it means to provide varying viewpoints. Even after the ruling upheld his dismissal, Hawn still seemed at a loss for why he was at fault. Education Week relays:

In a school district and county that’s overwhelmingly white and conservative, Black writers like Coates, Lacey, and Blake are the varying viewpoint, Hawn said.

“Whenever I teach perspectives from African American people, I have to immediately compare and contrast it with a white narrative,” said Hawn, a white self-described ‘anti-racist’ teacher in a district where more than 94 percent of students are white. “That’s what they want me to do with my lesson plans.”

If we take Hawn at his word, it highlights the need to train teachers on what viewpoint diversity actually looks like (perhaps not a strong suit of our schools of education) and, most importantly, what issues might present tripwires in their communities. As we argue in a forthcoming AEI report, teachers often work in isolation, creating blind spots where they either don’t recognize sensitivities about issues or mistakenly assume their personal views are common and uncontroversial. Codes of conduct, taken seriously as a driver of school culture, would encourage teachers to seek input from their colleagues and administrators before teaching a controversial topic to ensure they present multiple views accurately, professionally, and without unduly indulging their personal views. Collaborating with colleagues to ensure one is exercising discernment and commonsense could also help avoid the compliance mentality that leads to nonsensical declarations that opposing views need to be presented on historical matters, such as whether the Holocaust occurred or if there are two sides to slavery.

The second matter concerns whether students should be allowed to grapple with controversial, contemporary issues at all. Contrary to Hawn’s claim, reported by Education Week, that the school district removed its contemporary issues class from the curriculum, we confirmed with Sullivan County officials that the course is still being taught. This is also the right call. Schools absolutely should be teaching age-appropriate controversial issues. We have drifted a long way from the founding purpose of American education as preparation for self-government, an essential component of which is the ability to grapple thoughtfully with contentious public issues. Indeed, in a diverse and divided nation, that skill has never been more necessary or in shorter supply.

But that puts the onus on educators to commit themselves to fairness, inquiry, and rigor—not the whims of social justice advocates. Instilling and enforcing teacher codes of conduct that stipulate that teachers are welcomed and encouraged to address age-appropriate controversial topics with students, so long as teachers provide students access to varying points of view when they do so, can go a long way towards threading this needle. Ultimately, though, such codes will only work if districts lean into the idea that teachers should teach controversial issues—not cancel the classes that enable this to happen.

Sullivan County appears to have gotten this one right, in taking a stand for viewpoint diversity, respecting their students’ ability to weigh evidence and to think independently, and maintaining their commitment to the public purpose of public education. Here’s hoping others—many others—follow their lead.

Editor’s note: A slightly different version of this article was first published by the American Enterprise Institute.

Tracey Schirra is a Research Associate at the American Enterprise Institute.