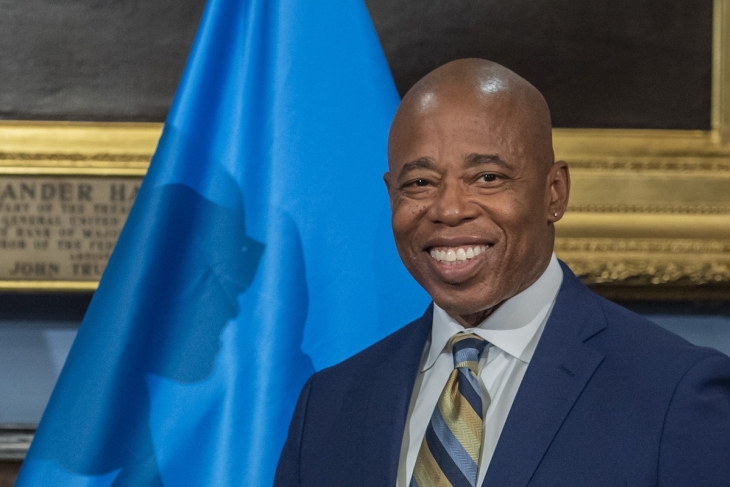 Amid nonstop controversy, New York City, which runs the nation’s largest school system, is again moving in the right direction when it comes to advancing the education of able students and opening opportunities to more high achievers. This after much retrograde activity during the regime of former Mayor Bill de Blasio.

Earlier this year, Mayor Eric Adams and his team expanded the number of sites for gifted education at the elementary level, and changed screening policies to include more students from lower-income families. Now they’re moving to improve services in middle schools and expand the supply of schools and seats for motivated and academically successful high school students, while also giving pupil performance more weight in admission to selective middle and high schools. The city is thus putting greater emphasis on merit in the endlessly contentious rationing of a much-valued but far too scarce good—challenging, high-quality schooling for those who want and are prepared to take advantage of it—and it is taking steps to ease the scarcity.

We say hurrah, even as others boo. Merit-based admission to anything (except perhaps the Olympics) is out of favor in today’s progressive circles and among equity hawks. They view test scores as taboo, and call for dismantling academic programs for high achievers instead of expanding these precious services for Black, Hispanic, and other historically disadvantaged students.

Nowhere have such misguided views been more intense than New York City, where they were embraced by de Blasio and those he chose to run the school system. Hence their efforts to tear down the structures of gifted-and-talented education in the elementary grades and replace them with superficial add-ons. Hence also their plans to demolish New York’s network of eight “exam” high schools and fiddle with the performance-based elements of admission to all the city’s “screened” middle and high schools.

When Adam took office on New Years Day 2022, he thus inherited a situation that was confusing, contentious, and headed in the wrong direction—in a city and school system so vast and complex that any change of significance entails a lot of time, mid-course corrections, and special exceptions to get right.

But Adams appears, thankfully, to see things more clearly than his predecessor, and is working toward the right goals—“equity and excellence for all.” He also knows that the only way to achieve them in New York is slowly and steadily. That means any policy changes he and schools chancellor David Banks make are likely to be incomplete at the outset. That was the case when they rescued elementary gifted education from the abyss. Yes, the present arrangement is far from perfect: Children are screened too early for admission, the process for screening them is prone to bias and error, and the programs themselves are far too scarce. But the abyss was avoided, and the improvements launched by Adams and Banks point in the right direction.

They turned last week to middle and high schools with reforms that again are incomplete but again point in the right direction.

In the complex governance structure of New York’s public education system, the central administration is responsible for high schools, while middle schools more or less belong to thirty-two community-level sub-systems that have a degree of autonomy in operating them. What hizzoner and the chancellor did with regard to middle schools is to allow those local districts again to factor academic performance (grades, test scores, etc.) in admitting students to “screened” schools, most of which are in high demand—although within the ranks of those who qualify for a particular school, a lottery arrangement will continue.

According to the city’s Department of Education, each local superintendent is now supposed to “partner with school communities’ leadership, staff, and parents to thoughtfully determine if and where middle school screened programs should exist based on instructional and community needs. Where screening is allowed, students would be ranked based on a composite of their course grades from fourth grade. The number of academically screened schools will be limited and based on the needs of the community.” Note, however, that all this is supposed to happen by October 26, with a student-application deadline of December 1 for the 2023 admission cycle—a mighty tight timeline.

As for high schools, where city-wide choice has long been the practice and all upcoming high schoolers must rank order a dozen of their preferred schools or programs among hundreds of options, it will remain complicated.

The city boasts the eight “specialized high schools” to which admission is based on scores on a much-discussed assessment called the Specialized High School Admissions Test. These include such world-renowned secondary institutions as Stuyvesant and Bronx Science. Then there are dozens of “screened” high schools and programs that operate their own admissions criteria. They include some technically-oriented programs like Aviation High School and others that are rigorously academic, such as Eleanor Roosevelt and Townsend Harris. Although part of the city-wide choice system, to actually enter one of them a student must qualify under the school’s own criteria—and often fit within geographic preferences and such.

For several years now, the screened schools have been barred from considering students’ middle-school grades as part of their criteria. Instead, the city used a lottery system in which the majority of eighth graders were entered. As Alina Adams reports in The 74 , “60 percent of eighth graders were deemed ‘high-achieving’ and entered into a lottery that made no distinction between those who might have a 100 grade-point average and those with a GPA in the low 80s. Those in the top tier were given first crack at the most coveted schools, but with so many applicants, many straight A students were shut out of their chosen high-performing schools.”

Lotteries will remain in 2023, but screened schools may again include grades in setting eligibility standards, which will shrink the pool of students eligible for each high school. How exactly this will work is hard to parse, but Amélie Marian of Rutgers University, who analyzes NYC DOE admissions data, estimates that 20 to 25 percent of applicants will earn make it into the lotteries.

Complicated, yes. What’s not is to acknowledge that New York’s best public high schools don’t have enough capacity to meet the demand from motivated, well-qualified students and their ardent parents. And there on the supply side, to their considerable credit, Adams and Banks have taken a step to create more capacity while hinting that more lies ahead. Here’s that portion of their announcement:

Chancellor Banks and this Administration believe that there are academically brilliant children in every neighborhood, however many students have to travel for long hours to reach academically accelerated learning high schools. To fill the gap that exists in some underserved communities of color, three new accelerated learning academies will be opened—informed by community needs. The schools will be located in the South Bronx, Ocean Hill-Brownsville, and Southeast Queens, with a geographic priority for students from those areas. The schools will open by Fall 2024. Engagement with families will begin to identify the potential for further expansion of high-quality options throughout the city based on community interest.

Double hurrah for that—triple, actually, for skillfully dealing in the same policy shift with both excellence and equity. We’ll say it again: The right path for expanding opportunity for able, hard-working, high-achieving youngsters who are Black, Brown, or from disadvantaged and oft-marginalized backgrounds is not endless tinkering with the rationing system (and incurring the wrath of those squeezed out by the tinkering), but instead expanding the capacity and accessibility of the programs and schools that best meet their educational needs and boost their future prospects.

Several of Banks’s predecessors, including the estimable Joel Klein and the late, great Harold Levy, understood this and worked to make it happen. Then came the long de Blasio dry spell. Now the reservoir may once again be starting to fill.