The college readiness battle is won or lost in elementary school 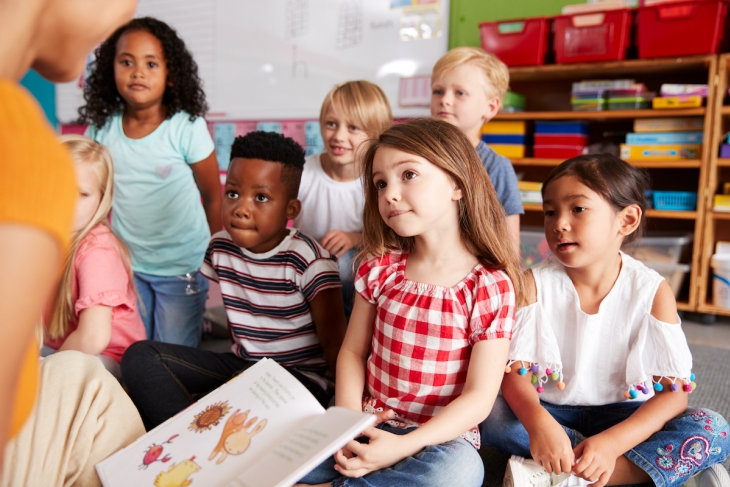 In recent weeks, I’ve written about the problems with America’s “college for all” approach to secondary education, and proposed a return to tracking, properly conceived. I’ve celebrated the fact that, in the wake of the pandemic, fewer young Americans are heading into postsecondary programs they’re ill-prepared to succeed in, and I’ve explored ideas for how our lowest-performing teenagers might better spend their junior and senior years—time when they are currently trapped in the “credit recovery track.”

Needless to say, this has led to plenty of pushback on social media and beyond. Andy Rotherham, in a series of tongue-in-cheek jabs, has essentially accused me of wanting to send the little ones off to the salt mines:

"I don't like it either, but fact is some kindergartners should quit school and get factory jobs"

Roses are red
And they impress@MichaelPetrilli thinks your 3rd-grader
Would be better off working a drill press. #eduvalentines

Others are less generous in their chiding:

2/2 …at the 5-7th grade level (if they’re low performing in 10th grade this is most likely where they are academically), means they will have no chance of getting higher paid jobs or better opportunities because a mentor is assigned to them through HS? This reads like a bad joke

I get it. Like many of you, I would love to live in a world where all eighteen-year-olds, including those who grew up in poverty, have the knowledge and skills to succeed in college or career—to choose either a traditional postsecondary route, or a more workforce-oriented one, leading to a solidly-middle-class lifestyle or better.

But that’s not the world we live in, not by a longshot. In rough numbers, we get about a third of our students to the “college and career ready” level by the time they turn eighteen. A third! If we count kids who come close, maybe (maybe!) we can get to half. But that means that half of America’s young people go through our schools and come out the other side nowhere near ready for what comes next.

And yes, that should make us angry. It sure makes me angry. But the question is where to direct our anger. My argument is that, for almost every kid in the not-ready-for-college-or-career half, high school is way too late. The brutal truth is that very few students who fall several grade levels behind in elementary school catch up enough to be successful in higher education.

Sure, some kids are late bloomers, and they beat the odds and go on to college success and beyond despite early struggles. They are the exception that proves the rule.

Think of it like a sports season. Every once in a while, a team has a miraculous turnaround, propelling it from last place at the midpoint of the season right on to the championship. My hometown St. Louis Blues pulled off such a feat a few hockey seasons ago. But it was notable because it’s so rare. Almost always, teams that are in the back of the pack face a cruel clock as the season progresses, with every lost game further depressing their odds of making a comeback. Just ask the thirteen NHL teams already out of contention (according to Five Thirty Eight), even though the playoffs are still a month away.

The same goes for kids. Every year from K through 12 that they aren’t on track for college and career readiness, their curve gets steeper. That’s one sober takeaway from a 2021 paper by Dan Goldhaber, Malcolm Wolff, and Timothy Daly. From its abstract:

We use panel data from three states—North Carolina, Massachusetts and Washington State—to investigate how accurate early test scores are in predicting later high school outcomes: tenth grade test achievement, the probability of taking advanced math courses in high school, and graduation. We find third grade tests predict all of these outcomes with a high degree of accuracy and relatively little diminishment from using eighth grade tests.

What that means is that, for most students, relative achievement doesn’t change much from third to eighth grade, or from eighth grade into high school. Kids who are low-performing tend to stay low-performing. Stability is the name of the game.

Again, there are outliers—amazing schools (many of them in the charter sector) that accelerate student progress such that kids make gains in grades three through eight and beyond. But even those schools tend to see incremental progress, and it’s often not enough to get students all the way to the college-and-career-ready level.

So if we want to dramatically boost the number of kids ready for college and career, the surest way is by getting them on track in the primary grades, then keeping them on track the rest of the way.

That means getting serious about improving what’s happening in the humble elementary school, and becoming monomaniacal about making sure those schools use evidence-based practices, especially when it comes to early reading. It means adding the essential K–2 years to our testing and accountability systems, and embracing third-grade reading guarantees. And it means considering outside-the-box ideas to get kids on track before passing them along to middle school, like adding another grade to elementary education.

Fear not, I’m not letting middle schools and high schools off the hook. Keeping kids on track is no small thing. As the Goldhaber et al. paper indicates, poor students in particular face downward pressure on their achievement as they rise through the grades—perhaps because of low teacher expectations and other forms of bias and/or the ongoing challenges that poverty creates.

Back to another sports analogy: Think of elementary schools as running the first two legs in a 4x400 meter race. If elementary educators do their jobs well, and many more students are on pace as the baton gets passed to middle school and then high school, the last two legs still need to run well to win the race. It’s not a foregone conclusion. But it is a lot more doable than trying to catch up from far behind.

I started this series by complaining that American education keeps acting like “college for all” is our policy, even if we say it isn’t. Let me finish this series by reminding us that “college readiness begins in Kindergarten.” Let’s start acting like it does.