An ode to elementary schools 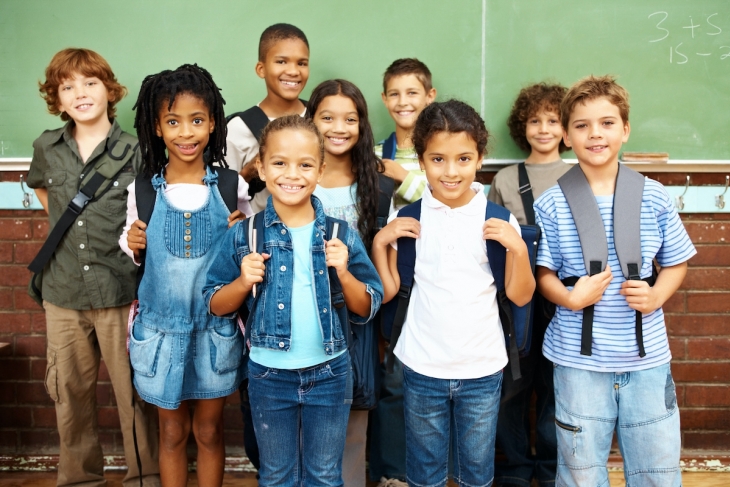 If I had to name the most important institution in American life, and the one with the most potential for changing the course of our country, it would be the humble elementary school. Especially the 20,000 or so high-poverty elementary schools in the nation’s cities and inner-ring suburbs, educating millions of kids growing up in poor or working-class families.

Yes, of course, we also need to dramatically improve the other parts of our education system if we’re to help all young Americans fulfill their God-given potential. That includes making high-quality pre-K more widely accessible to those who need it most, upping the quality of our middle schools, and rethinking and improving our high schools. Not to mention revamping our post-secondary education system and overhauling our workforce training programs.

Still, if I were king for a day, or even just superintendent of a large district, I would spend at least twenty-three of my twenty-four hours in charge obsessing about elementary schools. And that’s for four big reasons.

First, these schools have the greatest potential impact on kids’ academic, social, and emotional progress. Partly that’s just basic math: Most children spend almost half of their K–12 time in elementary schools, usually six out of thirteen years. And those also happen to be the six years when kids tend to learn the most. To wit, the average student achievement gains during elementary school far outpace those seen before or after.

There’s no doubt that the zero-to-five period is also important, but most of that time is outside the control of any education system, including preschools. And no matter how great a preschool is, there’s only so much a three- or four-year-old can learn. There’s a reason that few tiny tots are doing fractions. Most young brains just aren’t ready for it. And sadly, we simply don’t see much progress in student achievement once students get to middle school and especially high school. That’s not to say that kids cannot learn more at those upper levels; more on that in a bit. But the potential is just not as great as it is for elementary schools.

The second reason to focus on elementary schools is that that’s where we have the best research evidence about what works.

This is most clearly the case when it comes to reading, where we have decades of settled science that systemically teaching students phonics and phonemic awareness is an essential step in early literacy development. We are also building a strong evidence base that content knowledge, in subjects like history, science, geography, and the arts, allows children to develop strong reading comprehension abilities.

But it’s not just in reading. In math, too, we now understand the importance of mastering basic math facts to automaticity, as well as the imperative of developing computational, conceptual, and problem-solving skills as students progress through the elementary grades.

And of course, elementary school is where we set a strong foundation for children’s social and emotional development, helping them develop a healthy attachment to schools, communities, their teachers, and peers—or not.

Again, that’s not to say we know nothing about evidence-based practices in preschool or in middle and high school. But that research base is thinner. The Acceleration Imperative—the crowd-sourced, evidenced-based recovery plan for elementary schools that Fordham recently helped to birth—is more than 120 pages long. It’s hard to imagine filling even half as many pages with solid evidence for middle or high schools.

The third reason to obsess about elementary schools is because of the broad consensus we enjoy in this country when it comes to these institutions, a consensus that’s missing when it comes to high school. As kids approach adulthood, we have to face difficult questions about what they should learn and how they should spend their time, depending on what they might want to do after graduation. Do we really need everyone to take a traditional college prep course of study? When should kids be able to start doing something more career and technically oriented? What about kids who are not likely to go to post-secondary education at all?

These are difficult questions with no easy answers. But not so at the elementary level. Almost everyone would agree that it’s critical for kids to learn to read, write, and do arithmetic at that age, plus get a basic grounding in the nation’s history and its civics institutions, as well as an introduction to science, music, and the arts. Of course there will be some parents who want something outside of the norm. But as we learned when we surveyed parents many years ago about their educational preferences, the vast majority just want a quality school for their kids that teaches them the basics.

Fourth and finally, if we could dramatically improve our elementary schools, it would transform our middle schools and high schools. That’s because the greatest challenges in secondary education relate to the problems of children entering not ready for the material that is presented there. It’s hard to build a sturdy secondary education on the wobbly foundation of an inadequate elementary education.

As I’ve been arguing in the context of making the case for an extra year of elementary school for most kids, even our very best elementary schools don’t get all of their students to grade level by the end of the fifth grade. Few even come close. Which is why most middle schools have to cope with kids coming in two or three grade levels behind. Marc Tucker reports that this just doesn’t happen in other put-together countries, and I have little reason to believe that he is wrong. Imagine what it would mean if it didn’t happen here either.

So that’s the case for focusing on elementary schools. What would that actually look like? We can return to our model recovery plan for many of the answers, which in reality is as much a vision for a high-performing elementary school as a blueprint for helping kids recover from the pandemic.

The steps aren’t easy but they are pretty obvious. It starts with the adoption of a high-quality curriculum, one that has received all greens from EdReports.org or been favorably vetted by the What Works Clearinghouse. That’s because high-quality instructional materials are the bridge between our aspirational standards and daily classroom practice. That’s a bridge too far for individual teachers to build themselves.

But as my colleague Robert Pondiscio argued recently, a great curriculum can’t teach itself. So the next step is to invest in steady, high-quality professional learning opportunities for teachers tied directly to the curriculum. Here, too, there is an organization available to vet providers: Rivet Education. And given the avalanche of federal cash coming to schools, there’s no excuse for them not to invest some serious resources into both the implementation of high-quality instructional materials and the improvement of teacher practice.

Next up is getting the school culture right. It’s hard to do without a great principal, but there are resources available to help here, too, including excellent surveys from Johns Hopkins and the University of Chicago that can help leaders gauge whether their culture is where it needs to be, especially as it pertains to setting and communicating high expectations for all students.

Put these pieces together in a coherent way, with vigorous leadership and inspired teachers, and the results for kids can be transformative. Just ask the high-performing, high-poverty charter schools that can be found in almost every large American city, and which embody these practices and are helping their students make dramatically more academic progress every year than their less effective counterparts.

At a time when there’s a lot of discussion in this country about infrastructure, both physical and human, let’s make sure we pay enough attention to the institutions that are most critical to America’s future. And that’s the 20,000 high-poverty elementary schools that can make or break a child’s opportunity to fulfill their potential—and might make or break our hopes of rebooting the American Dream, as well.