The case for K–2 testing 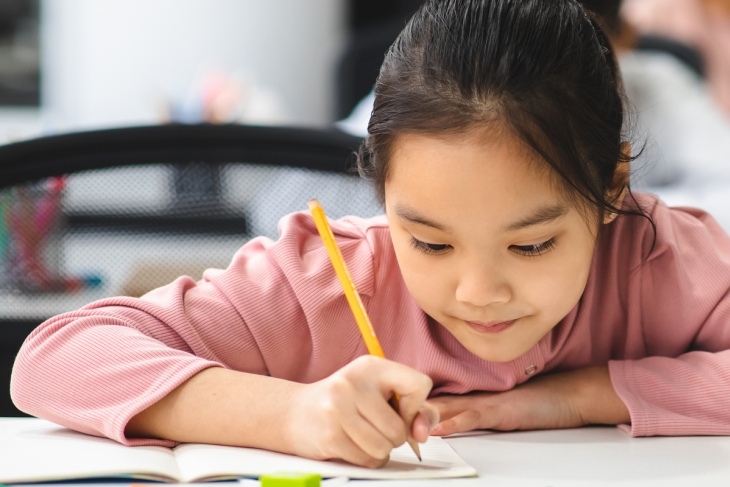 Under federal law, states must assess students annually in reading and math in grades 3–8 and at least once during high school, as well as testing science once in elementary, middle, and high school. These requirements were established twenty years ago under NCLB at a time when policymakers and lawmakers had a limited set of tools for measuring academic achievement, and really nothing for gauging student growth. Today we can see several compelling reasons why states should start annual testing earlier, as in grades K–2.

The battle to ensure the success of our students is largely won or lost in the early years. If a child is a poor reader by the end of first grade, there’s a good likelihood that child will remain a poor reader at the end of third grade, creating a devastating downward spiral. In this sense, our current assessment regime has it exactly backwards by beginning to measure when it’s already too late. Instead of waiting until third grade, what if we had a “check engine” alert signal as early as kindergarten that could provide reliable and valid state-level data on how kids were faring, especially in reading?

More than half the states have a definition of kindergarten readiness, and at least as many require entry assessments that might be used or adapted as part of a K–2 testing and accountability system. Ohio, for example, has a “well-intended but rudimentary approach” to measuring growth in the early grades, requiring districts to test students every year in K–2 as part of its third grade reading guarantee. In fact, early testing already exists in many formats (e.g., MAP Growth and i-Ready), which means a lot of states wouldn’t be starting from scratch if they set out to expand the scope of their assessment systems.

Unlike the standardized exams administered to older students, assessing young children usually requires one-on-one assessment using a short, non-written format. This parameters can be costly and time-consuming if the right systems and structures aren’t in place—challenges that were understandably insurmountable two decades ago. However, we now have the tools to design and offer assessments that are less intrusive, more routine, yet still yield valuable information. As Oscar Goldman might have said, “We can rebuild our tests. We have the technology.”

One such innovation is that of voice recognition and AI (think Alexa or Siri) as a means of quickly and efficiently gauging the oral reading fluency of young students. There are many examples, including those developed with federal support, yet few states are taking advantage of these options within their assessment systems. The federal government is uniquely positioned to lead on a new vision for measurement and accountability—as they have started to with IADA—but there is so much more that could be done with user interface and user experience if content matter experts, engineers, and psychometricians were brought to the table.

Another benefit of testing kids earlier is avoiding the poor instructional decisions that come from assessing them later. In particular, the over-enrollment of Black boys in special education might be mitigated if states and districts had more actionable K–2 data to gauge students’ reading proficiency when teacher interventions can make a huge difference. As Robert Pondiscio explains:

Any discussion about “equity” in education that is not first and foremost a discussion about literacy is unserious. Wide and persistent gaps between White and Black students, stretching back decades, make it abundantly clear—or ought to—that state education officials have no more urgent business to attend to than ensuring that every child can read in every school under their control or influence.

Gauging the effectiveness of elementary schools using data from K–5 would be a significant improvement over what we do now, which really just looks at growth in the fourth and fifth grades (i.e., using the tests in grades 3–5). This constraint encourages schools and districts to shunt their less effective teachers to the early grades, which again, is the exact opposite of what we should be doing.

Widespread distaste for more testing will make this idea a challenge to put into practice, but the alternative is to continue burying our heads in the sand about our children’s most formative years. That’s unfair to our students and teachers, given all that we now know about the importance of early elementary school. It’s time for states to stop flying blind. Annual exams in grades K–2 could pay huge dividends if the data help encourage schools and districts to intervene with struggling students before they fall irretrievably behind.