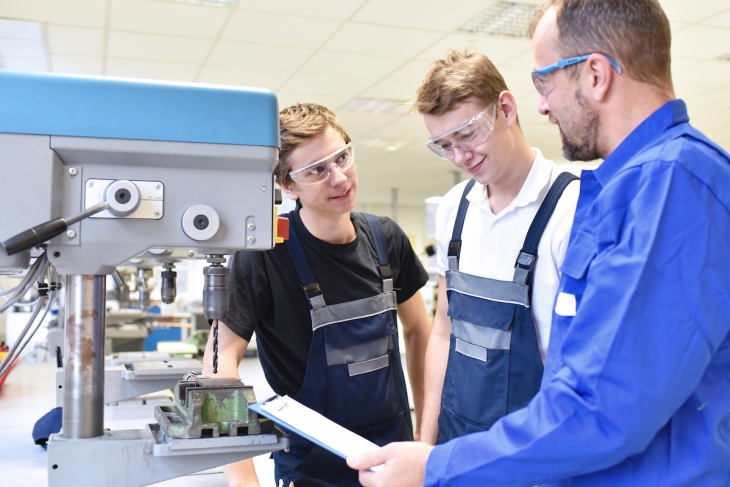 One of the biggest shifts in education reform in recent years has been widening acknowledgment that the “college for all” mantra was misguided. Almost everyone now admits that college, as traditionally defined, is not going to be for everyone, and that career and technical programs and trade schools can provide sturdy on-ramps to the middle class.

Yet so far our commitment to “multiple pathways” to opportunity is almost all talk accompanied by very little action. Those of us in and around K–12 education continue to behave as if virtually every student is expected to go off to a four-year university. That’s especially the case when it comes to:

Table 1. Average number of academic Carnegie units earned by the graduating classes of 1980 and 2009 (Source: Digest of Education Statistics)

These policies reflect the reality that our education system—and education reformers—remain uncomfortable with separate high school tracks for students with different goals, skill sets, and academic backgrounds. Thus we promote college and career instead of college or career.

We do so for understandable reasons. We remember the old vo-tech system, which was rightly criticized as racist, classist, and sexist. Too often, school systems in the bad old days selected students to “work with their hands” based on their skin color or zip code, rather than a sophisticated assessment of their strengths, proclivities, and goals. We want college prep to be the default, lest academically promising students from the wrong side of the tracks fail to enroll in the right classes and fulfill their potential. Plus, we Americans love the idea of second (and third, and fourth) chances, never wanting to “give up” on people if we think they have a chance to “make it.”

But that thinking still reflects a college bias, perhaps hard-wired into educators and reformers who themselves graduated from four-year colleges. It assumes that college is better than the trades, or middle-skill jobs, or plain old work experience—and that kids should only “settle” for these options after giving college the, well, old college try. That’s one reason we see so many people bemoaning the fact that college-going has plummeted during the pandemic.

If we really believe that Americans without college degrees are just as valuable to our society, democracy, and economy; just as worthy of dignity; and just as worthy of respect as us over-credentialed professionals, then we should stop telling our young people that college is the only goal worth shooting for. We should be willing to be more honest, to say that college is a great option for people who like school and are good at it. That group is probably about 40 percent of high school graduates, give or take, judging by college-readiness and college-graduation rates of late. And in light of the pandemic and massive learning loss, we’ll be lucky if that number doesn’t decline, at least in the short term. 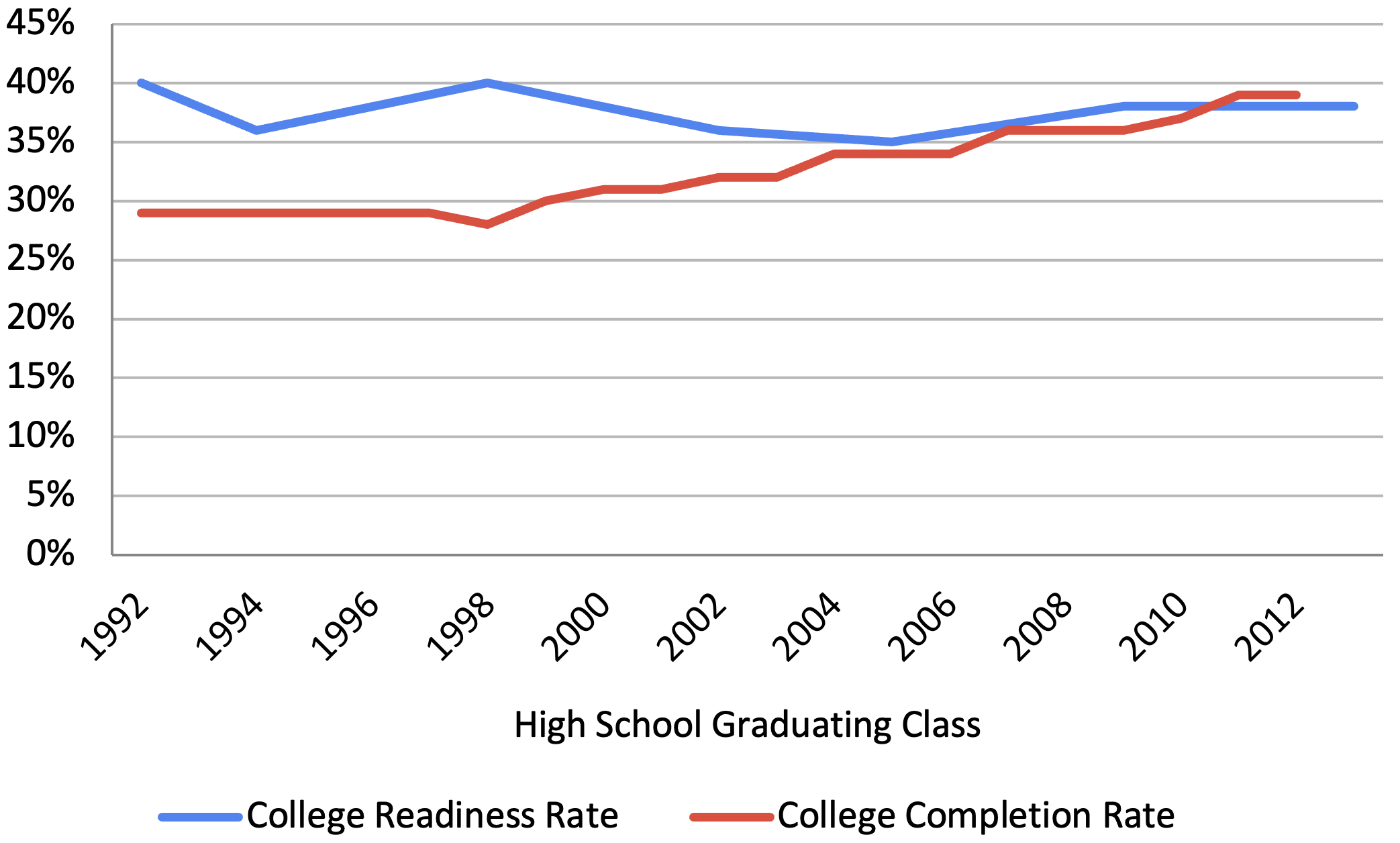 Note: In reading, the National Assessment Government Board estimates that “college-prepared” is equivalent to “NAEP-proficient.” So these numbers are the percentage of all twelfth-grade students who were proficient in reading in the years shown. Bachelor’s degree completion numbers come from the National Center for Education Statistics’ Digest of Education Statistics, Table 104.20: “Percentage of persons twenty-five to twenty-nine years old with selected levels of educational attainment, by race/ethnicity and sex: Selected years, 1920 through 2020.”

For people who aren’t academic superstars but have other strengths and interests, a trade or the like might be a better fit. Individuals only benefit from the “college wage premium” if they actually complete college, and that is unlikely for people who leave high school without college-ready skills in reading, writing, and mathematics. And as recent studies have shown, more education doesn’t always equate to more earnings.

Yet today, thanks to state high school graduation requirements and school accountability systems, we only give kids time to take a few CTE courses as electives. Instead, we should embrace models from Germany, Switzerland, and Austria, where many sixteen- and seventeen-year-olds spend most, if not all, of their time in apprenticeships, at workplaces, while finishing coursework that purposefully connects academics to technical skills. We might, in other words, allow students to choose to finish their core academic courses after their sophomore year, and spend junior and senior years getting ready for the real world, as Maryland’s Kirwan Commission recommended. And if we stop fetishizing college degrees, we might even help to stem the populist backlash against meritocracy that is shaking our society and our politics.

We talk a good game on career and technical education and the “dignity of work.” It’s time for us to walk the walk, too.