Too often, high-achieving students get lost in the shuffle in debates about improving education for all. Yet to keep the U.S. and Ohio competitive on a global scale, we need to nurture a next generation of inventors, scientists, and business leaders. Recent debates about race and equity have shown the importance of ensuring that high-achieving children from all backgrounds have ample opportunity to reach the highest rungs of the social ladder.

In addition to documenting these disparities in outcomes among high achievers of different backgrounds, Dr. Imberman also examined the impact of being identified as gifted on early high achievers’ later state test scores. Based on rigorous statistical analyses, he finds that gifted identification modestly improves math achievement for Black early high achievers.

Download the report to dive into the analyses, and consider some ideas that could help ensure that all high-achievers reach their potential. 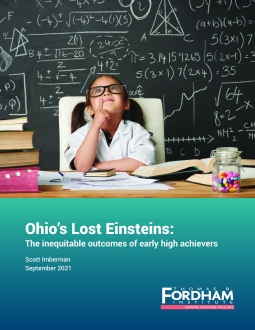 Dr. Scott Imberman is a professor of economics and education policy at Michigan State University. Imberman has written extensively on issues in K–12 education, including publications on school accountability, special education, and gifted and talented programs. He holds a doctorate in economics from the University of Maryland. 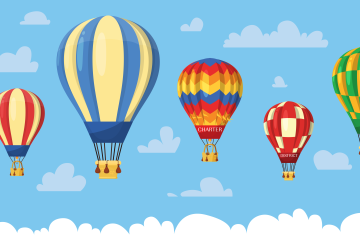