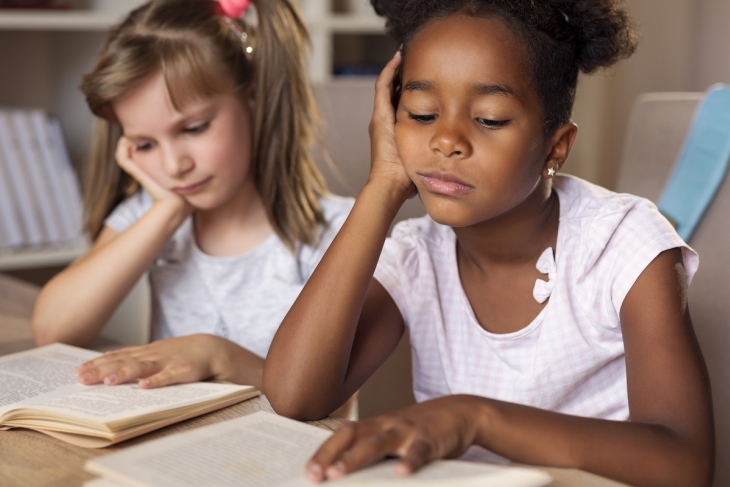 Education for high achievers has come under siege in blue cities and states as the national focus has shifted to racial equity in the aftermath of George Floyd’s murder. But such attacks, even when well-intentioned, are misguided. They target a problem’s symptom rather than its cause, and in doing so, harm students and defy parents. Such efforts are also politically unwise, as seen by backlashes in purplish places like Virginia and Democratic strongholds like New York City.

Driving many of these efforts is a desire to make such programs and the opportunities they provide more racially equitable. Also visible is a brand of antiracism associated with writers like Ibram X. Kendi that can view racial disparity as de facto evidence of racism. “We want the program just abolished. Period,” said Rita Green, the education chair of the Seattle Chapter of the NAACP, regarding K–5 gifted services in her city’s public schools. “It is fundamentally flawed, and it’s inherently racist.” Similarly, Donna Ford, who focuses on multicultural gifted education at Vanderbilt University, said that highly-selective Thomas Jefferson High School was “practicing discrimination” because its racial makeup didn’t match that of the county in which it’s located.

There’s no denying that many of these programs have a diversity problem—but they didn’t cause it. The primary issue is that U.S. communities have long done a poor job of maximizing the potential of students in low-income neighborhoods that are predominantly Black and Hispanic—regardless of the children’s ability. Not only do they suffer from poverty, they have less access to healthcare, healthy food, safe streets, early childhood education, and much more. And when they do attend school, it’s too often in buildings full of inexperienced teachers who are frustrated by hulking bureaucracies and more likely to transfer or quit. In those buildings, they sit in crowded and unruly classrooms lacking in quality instructional materials, school supplies, and technology. The disadvantages go on. But the takeaway is simple: We make it far too difficult for these children to succeed.

When done well, education programs designed for high achievers actually help counteract these challenges. Nobel laureate David Card and his colleague Laura Giuliano, for example, studied such a program in a large urban district. Students who earned top scores on a statewide achievement test, when compared to peers in their schools, were placed into separate gifted classrooms. This policy for identifying gifted students, commonly known as using “local norms,” increases diversity because it doesn’t force students in lower-income schools to compete for artificially-scarce spots with more advantaged peers who attend other schools in the district. Card and Giuliano found that these separate classrooms produced “significant gains in reading and math, concentrated among lower-income and Black and Hispanic students.” Take such programs away, and those gains for these children disappear.

Parents recognize this, too. Eight-three percent of moms and dads think, for instance, that it’s appropriate to use test results “to determine whether a student should be eligible to enroll in a special academic program,” according to a survey conducted by Phi Delta Kappan last year. And many oppose efforts by leaders and politicians to scrap such practices and the programs they help select for.

After the 2020 election, Jay Caspian Kang, a staff writer at the New York Times, wrote a piece titled “‘People of Color’ Do Not Belong to the Democratic Party.” In it, he discussed how Hispanic and Asian American voters had swung toward the Republican party. This November, in the Times, Kang stood by this assessment: “What I argued then, and I continue to think today, is that anyone who actually spends any amount of time in these ethnic enclaves or bothers to talk to immigrant parents could have seen this coming.” These voters, he added, might see the Democrats’ “egalitarianism as anathema to both their American dream and the pathways to success for their children.” And after years of covering this issue, he concluded that one of the “most important issues in [Asian American] communities” is “so-called merit-based educational issues like admissions tests for top schools.”

The political salience of such issues was evident last month in Virginia’s much-covered governor’s race, in which Republican Glenn Youngkin overcame polling deficits to defeat popular Democrat Terry McAuliffe. As Kang also mentions in the Times, Youngkin strategist Jeff Roe said to Politico, “One of our first advertising pieces in the general election—and one of the first things we hammered on—was that the Thomas Jefferson School in Northern Virginia had lowered their academic standards.” The campaign recognized that parents care about this. And if strong pushback against similar changes in New York City, Boston, and California is any indication, Youngkin’s team was right.

The parents are right, too. Education programs for high achievers work. Done right, they give participating students—including those who are Black, Hispanic, and low-income—years of increased academic rigor and enrichment. This better prepares them to gain acceptance to, and excel at, selective high schools and colleges, where they earn degrees that make them competitive for respected and lucrative careers.

Politicians and policy leaders, particularly those in Democratic states and cities, should therefore resist pressure to abolish or weaken these programs in the name of equity. They should heed the evidence, listen to parents, and recognize that scrapping these services will cause more harm, not less, to students of color.