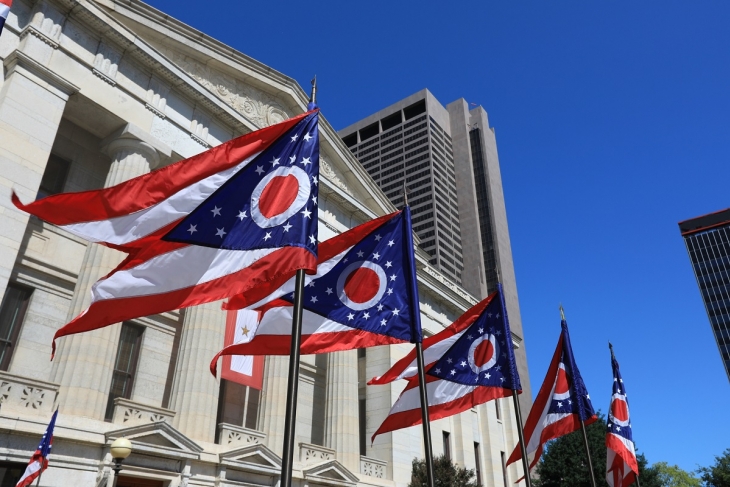 On July 1, Governor DeWine signed House Bill 110, the state’s operating budget for fiscal years 2022–23. The massive legislation, which encompasses virtually every area of state government, contains hundreds of provisions affecting Ohio schools. The big takeaway? As we noted in our press statement, the legislature made important progress in tackling thorny issues in the school funding formula, while also working to significantly expand educational opportunities for Ohio families and students. This post offers an overview of the most notable K–12 education provisions; in future blogs, we’ll take a deep dive into some of these policies.

With the economy in full recovery mode and state tax revenues exceeding expectations, the budget—predictably—raises overall spending levels. As the table below indicates, the state will spend $10.23 billion on K–12 education in FY 2022 versus $9.84 billion in FY 2021, a 4 percent hike. Spending rises again in FY 2023, going to $10.43 billion, good for an increase of 6 percent compared to FY 2021 outlays. Provided inflation rates don’t spike, these spending increases represent a solid investment of new state dollars on primary and secondary education. Keep in mind that this is above and beyond the enormous expenditure of federal funds reaching Ohio’s schools via the American Rescue Plan.

Note: Amounts include all state funds administered by the Ohio Department of Education (excluding property tax reimbursements and school construction dollars) and do not include federal and local education funds.

One of the most highly anticipated issues in this year’s budget is where legislators would land on the school funding formula. After much debate, they agreed to implement the Cupp-Patterson model for the next biennium, which:

Shifting gears, the state budget greatly bolsters Ohio’s choice options. Among the key provisions on the charter school side, HB 110:

HB 110 also provides tax relief for Ohioans who support private-school students, along with parents who choose other educational options for their kids. The legislation:

Last but not least, the legislature created a brand-new education savings account (ESA) program that provides $500 per year to pay for afterschool programs or enrichment activities of parents’ choice. The program will be open to families with incomes below 300 percent of the poverty line, regardless of where their children attend school.

Finally, the state budget bill contains policies that address post-secondary readiness and accountability. These changes are more of mixed bag—though, note that separately enacted legislation on school report cards made significant improvements in that area.

As you can tell, K–12 education was a focal point in this year’s state budget debates. In many areas—particularly in the realm of educational choice—lawmakers took great strides forward. In other areas, they left open questions about what’ll happen next, most notably in the area of the school funding formula. Regrettably, we must express our chagrin for easing up on graduation standards. Nevertheless, much has been accomplished on behalf of Ohio’s parents and students—and there’s more work ahead. Onward!