Student wellness funding gets an upgrade in the proposed state budget 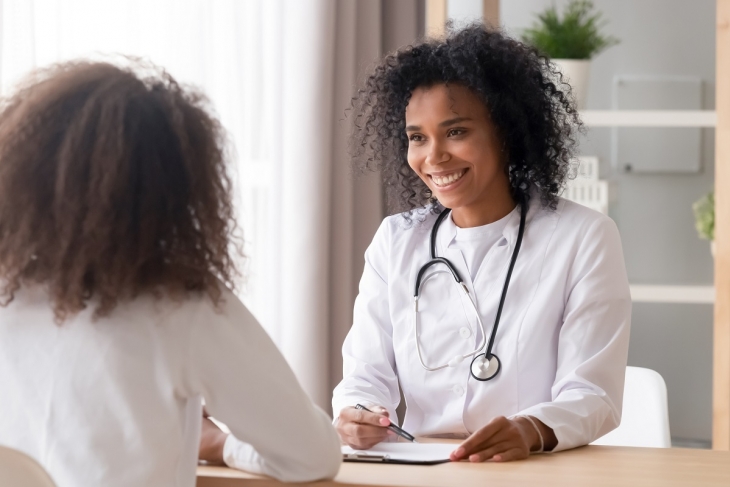 Two years ago, during his first budget cycle in office, Governor DeWine shepherded through the legislature a first-of-its kind initiative known as the Student Wellness and Success Fund (SWSF). As its name suggests, it was an effort to help public schools improve student wellness by addressing non-academic needs. The state allocated a total of $675 million over the course of two years, with funding awarded on a per-pupil basis according to the percentage of low-income children residing in a district.

Now, in the midst of his second budget cycle, Governor DeWine has recommitted to supporting these efforts in a big way. His recently released executive budget proposes increasing the SWSF payments made to public schools, and guarantees that no school will receive less funding than it did during the 2021 fiscal year. In total, the new allocations add up to a whopping $1.1 billion—$500 million for FY 2022 and $600 million for FY 2023.

The governor’s continued support for SWSF shouldn’t be a surprise. Several of his biggest education initiatives from that first budget—like the Quality Community Schools Support Fund and TechCred—also saw increased funding in the most recent budget proposal. But the renewed support for SWSF comes with several noteworthy changes to the program’s implementation guidelines, likely drawn from on-the-ground experience over the last two years.

A defining aspect of the first round of funding was that schools were required to spend their allocated money on programs and initiatives that fell within certain categories. The categories themselves were relatively broad. For example, “family engagement and support services” can mean any number of things, from parent-teacher conferences to chronic absenteeism interventions to the kinds of services that the I Promise School in Akron offers its families. The recently proposed budget generally maintains the same allowable uses but also makes several tweaks.

First, it explicitly allows telehealth visits to be used under both the mental and physical health categories. This adjustment is likely a response to Covid realities. But just like with broadband expansion, this pandemic pivot could also make vital services available to a much broader population of children during more normal times—including those who don’t have reliable transportation and may need support outside of traditional school hours.

Second, it adds an entirely new spending category. Schools can now use their SWSF dollars on “culturally appropriate, evidence-based or evidence-informed prevention education, including youth-led programming and social and emotional learning curricula to promote mental health and prevent substance abuse and suicide.” Given the severity of Ohio’s opioid crisis and concerns about the rise in suicide among youth during the pandemic, this seems like a wise addition. So, too, is the stipulation that funded programs must rely on evidence.

Fourth, it removes spending categories related to adult training. Under current law, schools can spend their funding on professional development efforts for trauma informed care or cultural competency. The proposed budget removes these options entirely and doesn’t replace them with alternatives, which means schools would no longer be permitted to spend these funds on staff development. Given that the vast majority of professional development for teachers has historically been labeled as unhelpful or inadequate, and that there was little to no guidance from the state about what type of development qualified, this seems like a smart move. Plus, plenty of other state and federal funding streams could be used for this purpose.

Current policy requires schools to coordinate with a local community partner when developing a plan for spending their SWSF dollars. The proposed budget, however, calls for schools to collaborate with two community partners instead of just one. For their first partner, schools must coordinate with either their local board of alcohol, drug, and mental health services or a community-based mental health treatment or prevention provider. For the second, schools can choose from a list included in the original legislation. In both cases, prevention providers are a new addition. Upping the number of required community partners is likely an attempt to ensure that schools are working with well-trained folks who have knowledge, experience, and expertise that school staff may not.

Overall, these changes are smart improvements. But as we discussed two years ago when SWSF first became law, implementation matters. In the wake of a disruptive pandemic, it’s wise for the governor to set aside money to help schools address the non-academic needs of their students—not just because meeting these needs matters, but because addressing them could boost academic learning as well. That being said, dollar amounts often matter far less than how dollars are spent. It’s imperative that schools use these funds wisely. Otherwise, SWSF could become a giant missed opportunity.