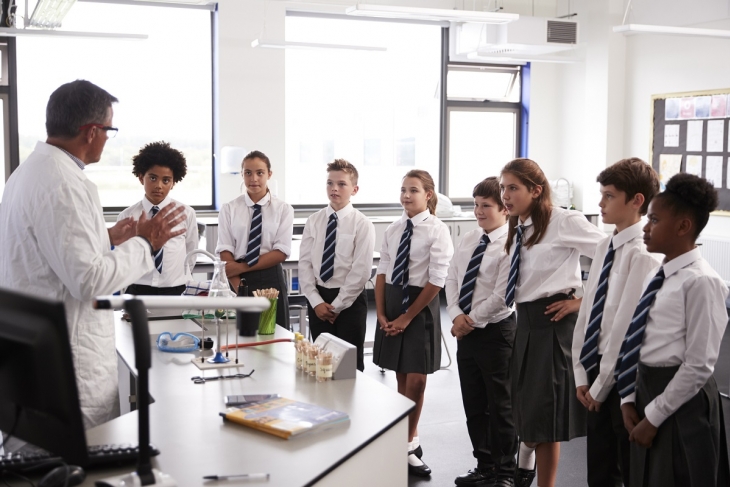 Correction (12/17/20): A previous version of this article incorrectly indicated that the income-based EdChoice program was renamed the Buckeye Opportunity Scholarship.

This time last year, school district officials were up in arms over the looming expansion of Ohio’s EdChoice voucher program. If you recall, their grievance was the “explosion” of the list of low-performing public schools in which students would be eligible for state-funded, private-school scholarships. Due to a combination of policy changes in the performance-based EdChoice program and the state’s report cards, roughly 1,200 of Ohio’s 3,000 public schools were to be designated as “low-performing” for the 2020–21 school year. A raucous debate ensued, with state legislators seeking a compromise that would alleviate district concerns while also respecting parents’ right to choose schools. The talks, however, fell apart. And with the pandemic bearing down on Ohio, the legislature froze the designated school list in March, effectively tabling the conversation about the future of EdChoice for another day.

First, it decouples EdChoice voucher eligibility from report card ratings. From the program’s outset, eligibility for performance-based EdChoice vouchers has been tied directly to report card ratings, the idea being that no student should be trapped in a failing public school. That rationale—indeed, a moral imperative—was right then, and it’s certainly still right today. However, due to a series of intricate policy changes, many made years ago, the list of designated public schools recently began to balloon. For instance, a number of schools found themselves on the list due solely to F’s on the state’s value-added measure (previously this rating was used in combination with others), and more elementary schools were included by way of a new K–3 literacy rating. In sum, the growing list included schools in some well-respected districts, sparking pushback against the voucher program and putting the report card itself in the crosshairs.

The SB 89 amendments move away from the school ratings approach to determine eligibility. Beginning in the 2021–22 school year, children are eligible for the EdChoice voucher[1] if they are slated to attend a public school that meets both of the following conditions: (1) it is in a district with a Title I formula count of at least 20 percent (this generally refers to the U.S. Census Bureau’s childhood poverty rate), and (2) the school falls in the bottom 20 percent of statewide performance-index scores, a measure of student achievement (not the overall report card grade or other report card ratings). Under these updated criteria, students slated to attend 473 public schools will be eligible for EdChoice in the coming year—down from the 1,227 schools that would have been identified had current law continued.

The revamped EdChoice eligibility criteria represent a step forward in a couple ways. First, the new criteria should reduce the political incentives to undermine the school report card in an effort to reduce the list of voucher-eligible schools. Rather, the decoupling of voucher eligibility from the report card could potentially clear the way for important refinements to it, as policymakers won’t have to worry about impacting choice opportunities. Second, the new framework continues to ensure that parents have options when their children are assigned to schools where achievement is lower than what most policymakers would likely accept from their own children’s schools.

Second, it expands voucher eligibility to more middle-income Ohioans. Lawmakers also raised the income threshold to be eligible for the state’s income-based EdChoice voucher program. Under former rules, any student in grades K–12 whose family income was less than 200 percent of the federal poverty guideline—$52,400 or less per year for a family of four—was eligible for a scholarship. In a move that Fordham has long supported, SB 89 expands eligibility for this program by allowing any Ohio student whose household income is less than 250 percent of the poverty guideline to apply for a scholarship ($65,500 or less for a family of four). This expansion will open opportunities for thousands more children with working-class parents—e.g., mechanics, nurses, and first-responders—and allow them to attend a school that meets their educational expectations and more closely corresponds to their values and beliefs.

With these changes in hand, roughly half of Ohio students are now eligible for private-school scholarships. This is a significant development within a policy framework that has historically privileged traditional school districts in everything from school funding to their “territorial exclusive franchise.” Of course, nowhere near this number will actually avail themselves of these voucher opportunities, any more than during previous expansions. And that’s okay. Private schools, just like public schools, aren’t for everyone. Yet having more educational options is for everyone, regardless of zip code or income, and the recent voucher reforms get us one step closer to that goal.