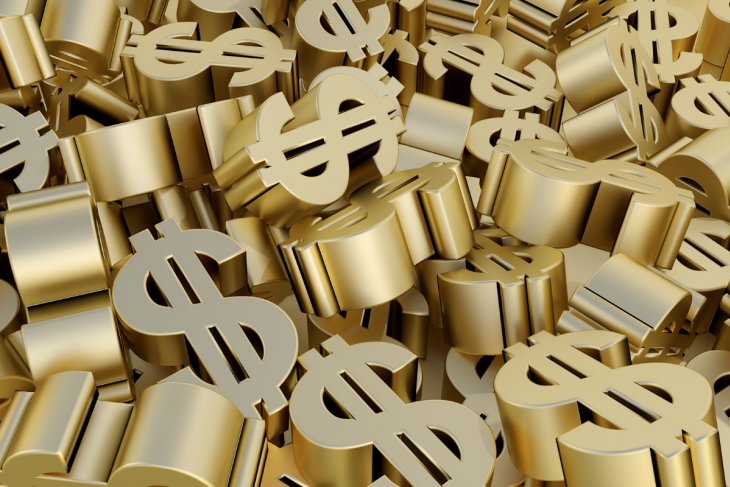 In early March, President Biden and the Democrat-controlled Congress kept the fiscal faucets open by passing the $1.9 trillion American Rescue Plan (ARP). For Ohio, this means that more financial help is on its way. The Buckeye State will receive a whopping $4.5 billion in ARP funds for K–12 public schools, averaging about $2,800 per pupil, to be spent over the next few years. This is atop the roughly $2.6 billion for primary-secondary education that the state has already received via earlier federal relief programs. Altogether, Ohio schools will receive somewhere north of $7.0 billion in aid—equivalent to about one third of total annual education spending in the state. Wow!

Like the previous packages, at least 90 percent of those dollars must be disbursed to school districts and public charter schools via Title I formulas that steer the lion’s share of funds to high-poverty schools. Districts such as Cleveland, Columbus, and Dayton will collect more than $5,000 per pupil in ARP money, while wealthy districts will mostly receive under $1,000 per pupil. Districts and charters will enjoy broad spending flexibilities, though the ARP does require that at least 20 percent of the funds be used to meet academic and social-emotional needs arising from the pandemic. The ARP also sets aside additional monies for the state education agency, for private schools, and to support homeless children and students with disabilities. Though not designated for schools, the ARP will also send Ohio more than $10 billion for state and local governments which could use a portion for educational purposes.

A wealth of commentary has offered advice about how to put these dollars to good use. The most popular—and commonsense—ideas have been extended learning time and intensive tutoring. Other worthy uses include efforts to reengage disaffected pupils, support learning pods, strengthen information systems, give students opportunities to repeat a grade or redo coursework, and assist parents with special-need children. Moreover, schools could leverage these federal funds to make serious improvements to their pre-pandemic approaches to instruction (see Fordham’s new how-to guide).

While wisely putting these funds to use is critical, a less discussed issue is whether the flood of federal money will affect state education policy. Although the feds haven’t explicitly tied aid to policy changes, the dollars could alter the dynamics of ongoing debates. Here’s a few questions that might arise:

Will the influx of federal money change Ohio legislators’ appetite to spend lots more on education? We must realize that, despite the economic challenges of the past year, Ohio lawmakers are not currently discussing budget cuts. Rather—and perhaps surprisingly to those outside of Columbus—legislators are seriously contemplating major increases in state education outlays. The vehicle garnering the most attention is the Cupp-Patterson school funding plan, as laid out in House Bill 1. First unveiled prior to the pandemic, the plan would rework the funding formula and increase state spending on K–12 education by an estimated $2 billion per year. While that increase might’ve made sense before the federal efforts, it’s possible that some legislators won’t see as urgent a need to push more state money into public schools. What is the argument for more state expenditures—at least right now?

Will the funds allow legislators to address other priorities in K–12 education? As mentioned above, the federal relief programs direct far more aid to high-poverty urban districts. For instance, Cleveland will receive an eye-popping sum of roughly $12,000 per pupil across the three packages. While these funds will be spread over multiple years, they will be added to the $17,600 per pupil the district already spends per year, well above the statewide average of $12,700 per student.

To be sure, funneling more dollars to Ohio’s poorest districts makes sense. Students in those places have likely struggled most during the pandemic. However, state legislators may start to rethink plans to ratchet up funding for high-poverty districts. The Cupp-Patterson plan, for instance, proposes a boost through the economically disadvantaged funding stream. Governor DeWine’s budget proposal directs additional money to poor districts via the Student Wellness and Success Fund. In normal circumstances, these would be commendable moves. But with money pouring into low-wealth districts, some creative legislators might begin contemplating ways to reroute funds within the state budget to help support other worthwhile initiatives such as removing funding caps, addressing charter facilities, or strengthening gifted, STEM, and AP/IB programs.

Of note: Legislators need to be mindful of an ARP provision called “maintenance of equity” that prohibits disproportionate cuts in state funding to poor districts. That said, this doesn’t seem to disallow them from reining in planned increases.

Will the dollars create more demands for transparency and accountability? Given the anti-accountability mood around the statehouse, this one might be a longshot. But the influx of funding could shift some attitudes about school accountability. Taxpayers certainly deserve some assurances that the dollars are being used effectively and that students are getting back on-track. Will lawmakers see to it that there continues to be transparency around school spending and student outcomes? Will they start being more demanding about results? One might argue that accountability for federal funds isn’t Ohio’s responsibility. But just as the state has oversight responsibilities for federally subsidized programs like unemployment compensation, policymakers should demand evidence that these education dollars are being used to benefit students.

In normal times, the relatively modest amount of federal support—about 10 percent of overall K–12 education funding—usually flies under the radar. But will the billions in federal relief aid go unnoticed by state legislators? Maybe it won’t make any waves in the statehouse and schools will quietly enjoy spending the extra money. But it seems more probable that this unprecedented injection of funds will influence the shape of Ohio’s education debates.