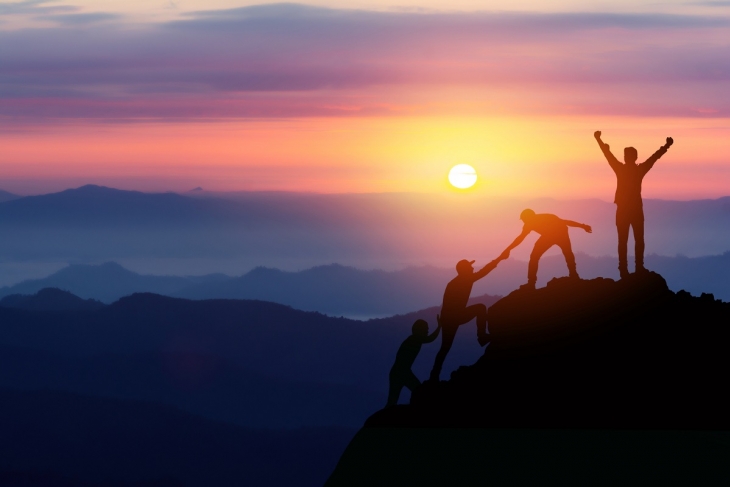 After several years of debate, Ohio lawmakers recently passed a much-needed revamp of the state’s school report card. The reform legislation (House Bill 82) won overwhelming approval in both chambers—a 32-1 vote in the Senate and 91-3 in the House—and Governor DeWine signed it into law on July 1. Along with other education groups, we at Fordham supported the smart revisions included in this measure.

The most noticeable change will be a shift from A–F school ratings to a five-star system. First appearing in 2012–13, letter grades moved Ohio to clearer and more widely understood ratings than the state’s previous approach, which used confusing descriptive labelling. Yet despite their widespread use in the state’s classrooms, many school officials blasted letter grades as being punitive and hurtful when applied to their schools. Various ideas emerged for a replacement—some sensible, others less so—and lawmakers in the end reached a fair compromise. Stars continue to offer transparency and clarity to Ohio parents, taxpayers, and the public about school quality, while taking some of the sting out of poor ratings. To add further context, HB 82 also calls for trend arrows and brief descriptions to be displayed next to the stars.

Legislators made a host of other changes that significantly improve the report card framework. Three are worth a closer review.

A school’s academic performance can be viewed through two different kinds of lenses: achievement and progress. Achievement measures offer “snapshots” depicting where students stand academically at a single point in time. Progress measures are more like a video camera. They capture how students grow academically over time. Both types of measures are essential to a well-rounded picture of school quality, and Ohio has long deployed both. The performance index (PI) has served as the principal measure of achievement, and the value-added (VA) measure has gauged progress over time.

While the PI and VA measures have traditionally been the backbone of the report card, recent years added other elements that reduced their prominence. HB 82 moves these key metrics back to the forefront in two important ways.

First, the legislation increases the weight of the Achievement and Progress components in the state’s Overall school rating framework. The tables below display the six report card components and their contribution to districts’ and schools’ Overall ratings under present policy and under HB 82. For districts, the Achievement and Progress components—which house the PI and VA measures—presently receive slightly more weight than the other components (20 versus 15 percent). The new formula will increase their weights to 25 percent each, while reducing the weight of other components to 12.5 percent each.

The second way in which PI and VA measures become more prominent is via HB 82’s streamlining of the Achievement and Progress components. Under current policy, the Achievement rating is based partly on the PI, but also on indicators met. The two measures are closely related and HB 82 simplifies the Achievement component to be based solely on PI scores. A similar abridgement occurs within the Progress component. Previously, district- or school-wide value-added scores stood alongside three subgroup scores. Now the component will be based on just the overall score.

The Gap Closing component of district and school report cards looks at the performance of various student groups defined in federal and state law. Such disaggregation ensures that disadvantaged children’s outcomes are tracked and reported separately—and not masked by school-wide averages.

Despite its vital purpose, the structure of the Gap Closing component in Ohio has been unnecessarily complex, limiting the public’s ability to see clearly whether student groups are meeting performance targets. Under the current framework, a school can receive full credit for meeting either the state’s PI goal for a certain student group or a VA goal. And should neither be met, the school could receive partial credit depending on the year-to-year change in that group’s PI score. Sound complicated? It is.

HB 82 greatly simplifies the design of the Gap Closing component so that parents and educators can gauge whether certain groups of students may be falling through the cracks. The legislation calls for a series of indicators based on whether a student group meets specific goals for PI, VA, and four-year graduation rates. Three additional indicators for gifted students, chronic absenteeism, and English learners’ progress on alternative assessments are also included.

To illustrate how the component works and may appear on a report card, Table 3 shows the various student groups and outcome measures. In this example, the school met twenty-five of the thirty-nine possible indicators, or 64 percent. The straightforward calculation supports public understanding, but just as importantly, a simple presentation such as this can help schools see where they may need to devote more attention. In the hypothetical case below, it may need to review its special education programs.

Note: In this illustration, dashes (--) indicate that less than fifteen students are in a student group, and thus their results are not reported separately. In accordance with Ohio’s ESSA plan, HB 82 sets the minimum “n-size” at fifteen.

Completely revamps the Prepared for Success component and renames it College, Career, Workforce, and Military Readiness

As the component’s name implies, Prepared for Success aims to gauge high school students’ readiness for college and career. First introduced in 2015–16, it has a two-tiered structure that, at a base level, awards schools credit when students earn remediation-free scores on their ACT or SAT, receive honors diplomas, or earn twelve points in Ohio’s industry credentials system. Beyond that, schools also receive “bonus points” when students who meet one of the above measures also pass at least one AP/IB exam or earn three or more dual enrollment credits.

The idea behind the component was sound—meeting readiness targets is crucial to students’ long-term success—but the execution fell flat. The component has been roundly criticized for having a draconian grading scale, with an overwhelming majority of schools receiving D’s and F’s. Some have also suggested that it’s been too narrowly focused on college readiness and hasn’t given schools due credit when students accomplished career-ready goals.

Recognizing the importance of readiness, Ohio lawmakers resisted calls to ditch the component. But they also saw the need to fix it. If approved by a legislative committee, a revamped component will be introduced in 2024–25 that does the following:

Overall, kudos to state lawmakers for rolling up their sleeves and making careful updates that will usher in a new day for Ohio’s school report card. By sticking to core principles of accountability, they’ve crafted a fairer, simpler, and more transparent report card model—one that is built to last.