The scourge of education malpractice 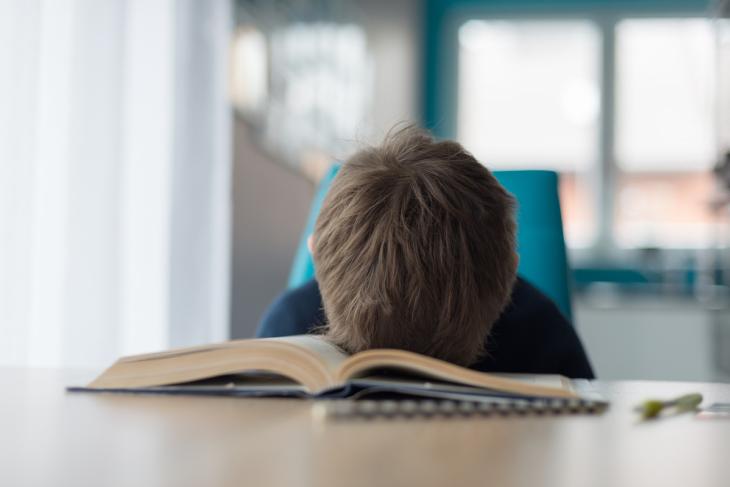 What if you were told that elementary schools in the United States are teaching children to be poor readers? Last month, Emily Hanford did exactly that with the release of her radio documentary “At a Loss for Words: How a flawed idea is teaching millions of kids to be poor readers.” A follow up to her award-winning exposé on the science of reading, it goes a step further by calling attention to an inconvenient truth that something is rotten in the world of reading instruction.

In her fifty-three-minute tour de force, Hanford argues that teachers continue to be kept in the dark on reading science, and leads listeners towards a Matrix-like reveal of how bad teaching practices and classroom materials remain deeply embedded in our schools. The documentary opens with a moving account of Molly Woodworth, an otherwise successful student who struggled to read as a kid. Woodworth learned to hide and cope with her predicament, but her difficulties as a child led to a resolve to make sure her own children wouldn’t suffer the same hardships. It was a shock then when Woodworth—while volunteering in her daughter’s kindergarten classroom—observed how children were being taught to read:

The teacher said, “If you don’t know the word, just look at this picture up here,” Woodworth recalled. “There was a fox and a bear in the picture. And the word was bear, and she said, ‘Look at the first letter. It’s a “b.” Is it fox or bear?’”

Woodworth was stunned. “I thought, ‘Oh my God, those are my strategies.’ Those are the things I taught myself to look like a good reader, not the things that good readers do,” she said. “These kids were being taught my dirty little secrets.”

The teacher was following the curriculum, and in all likelihood meant well and was unaware and unschooled in how the strategies she was using were disproven and debunked decades ago. According to Hanford, this flawed approach is driving the way many children are being taught to read across the country. She’s probably right, but there’s no way to know for sure, given the anemic amount of data available on instructional materials.

Nevertheless, I decided to try a little experiment—albeit a highly unscientific one—with regard to my own daughter, who will be entering kindergarten next year. Here in Colorado, full-day kindergarten recently became tuition free. The move coincided with some recent scouting of local public schools, and a couple of weeks ago I toured what is considered one of the best in the area. As my colleague Robert Pondiscio wrote, “If you are a well-off parent who wants a safe, structured, academically rigorous school, and you wish your child to attend school alongside the children of like-minded parents, it is not insurmountably difficult to get it.” This school categorically fit the bill.

Upon arrival, I was told how project-based learning is a focus across the school. I was shown a music room chock full of guitars and keyboards, as well as a Chinese classroom where the teacher shared her passion for the language, cuisine, and culture. I also had a chance to observe each of the school’s kindergarten classrooms, where students were busy swiping away on iPads or otherwise working at small group activities. A feeling of joy, care, and purpose was palpable. At first blush, the school lived up to its sterling reputation, but a moment of truth was to be delivered when one of the kindergarten teachers asked if I had any questions. My response: “How do you teach reading?”

The teacher smiled and proudly explained how she used guided reading and leveled books—an instructional method highlighted by Hanford that causes problems for children learning how to read—to “meet the needs of each child.” She proceeded to invoke Lucy Calkins, an author whose methods have been largely invalidated, followed soon thereafter with those two dreaded words: “balanced literacy,” an anodyne-sounding approach that belies its complicity in preventing kids from becoming skilled readers. All of this was ostensibly in service of addressing the multiple “learning styles” of children. Another parent on the tour with me liked what he heard and nodded affirmingly. I was crestfallen.

However, as I looked around the room full of the progeny of affluent and well-educated families, and considered what I had just heard alongside Hanford’s outstanding reporting, it occurred to me that almost all of the students at that school were part of the 40 percent whom researchers estimate will learn to read no matter how they’re taught. To wit, in an endeavor that risks exposing me as a total nerd, I’ve almost finished taking my four-year-old through Zig Engelmann’s Teach Your Child to Read in 100 Easy Lessons, the abbreviated version of an acclaimed evidence-based reading program. My daughter is flourishing and reading fluently. But for her and many of the children I saw that day, their success at reading will be in spite of the instruction they receive in school, not because of it. And kids who aren’t lucky enough to have parents with the time and expertise to teach them how to read will continue to be left behind.

On national reading tests, almost two-thirds of American students score below the proficient level. More tragically, almost half of African American and Hispanic fourth graders still score below NAEP’s basic level in reading. Hanford’s latest documentary keeps the momentum going on an important national conversation about curriculum reform and how our nation’s children are (or aren’t) being taught to read. OxyContin maker Purdue Pharma is expected to file for bankruptcy, but Heinemann, the purveyor of the misbegotten reading products dominating the education market today, continues to rake in north of $500 million annually. The lack of accountability can be infuriating, but Hanford’s meticulous spotlight on the evidence could be the first step in beginning to turn the tide.