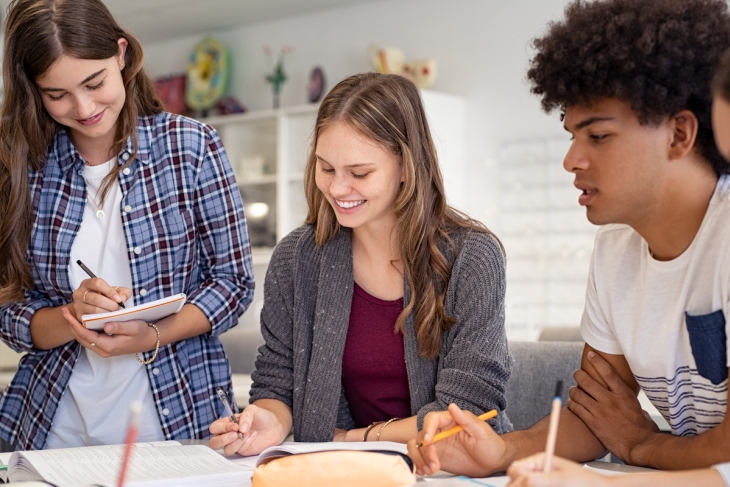 In 2012, Tennessee lawmakers created the Statewide Dual-Credit program (SDC) to help more students earn college credit while completing high school. SDC was meant to provide a new set of accelerated course options to reach students typically missed by traditional college-preparatory Advanced Placement (AP) courses or dual enrollment (DE) classes taken on college campuses and taught by professors. It was designed to appeal particularly to those interested in applied and technical fields and likely to pursue two-year college degrees or postsecondary technical programs. A new study in the journal Educational Evaluation and Policy Analysis looks at the rollout of and participation in the program, as well as effects on AP offerings.

SDC course topics were chosen by representatives from the University of Tennessee system, the board of regents, and the state department of education. They were meant to be attractive and practical, with consideration to workforce demand, existing postsecondary pathways, and student interest. Teams of high school and college instructors designed the courses, aligned to Tennessee Transfer Pathway standards. Ten courses were created at the outset: statistics, pre-calculus, world history, sociology, psychology, criminal justice, plant science, agricultural business, college algebra, and health information technology. (The latter two were discontinued during the study period.) No GPA or course prerequisites were required for enrollment; high schools were allowed to use their own judgment about students’ readiness. SDC courses were taught in high schools by teachers who completed specific training provided by the state. Students earned college credits by passing end-of-course exams, a more rigorous requirement than some dual enrollment programs and more akin to AP.

Overall, 48 percent of schools offered at least one SDC during the study period, ranging from 17 to 35 percent in any given year. The typical school offered just one course. By comparison, 76 percent of schools offered at least one AP course. Unfortunately, no data were available related to dual enrollment utilization at any point in the study period. Relative to statewide averages, schools with SDC and AP courses had higher student achievement and fewer disadvantaged students. However, SDC-offering schools had higher proportions of White students than average, whereas AP-offering schools did not. SDC schools were less likely than AP schools to be in urban areas. School size was the main predictor of offering SDC and AP courses—more kids, more college credit options.

Ninety-three percent of students who took an SDC took only one, which makes sense given the single course offering in a typical school. Relative to the average student, SDC takers were more likely to be White, higher achieving, and female. Relative to AP takers, SDC students were more likely to be White, but less likely to be female or high achieving. The courses deemed more “academic” in nature (math and sociology) attracted students with higher prior academic achievement compared to the career-tech-focused courses. Sociology and criminal justice SDCs attracted the most students of color while the students choosing agricultural business and plant science were almost entirely White.

Unfortunately, student success in SDCs was extremely low during the timeframe under study. Just 3 percent of SDC students passed the criminal justice exam, while the highest pass rate, for the plant science exam, was just 35 percent. Evidence suggests that these low passing rates within schools were a factor in local officials’ decisions to discontinue their SDCs after a year or two. However, more than 78 percent of schools that discontinued the agricultural business SDC offered a traditional high school version of it the following year, indicating that student interest was not among those negative factors.

Thus, while the SDC plan achieved its initial goal of attracting a number of new and more diverse high schoolers into college-credit-bearing classes in Tennessee, some serious changes were likely in order if the overarching goal of increased postsecondary attainment was to be assisted by SDCs. The researchers discuss the possibility that either the teachers were underprepared to deliver the material at the high level required at the outset, or that these eleventh and twelfth graders were simply unprepared for college level coursework, no matter the format. The program remains alive in Tennessee and now offers eleven courses. But it seems inescapable that the road to postsecondary credential attainment starts long before students step foot in high school. Today’s underprepared third grader is tomorrow’s low-performing ninth grader. Without some foundational work, states are bound to struggle to “accelerate” college students who have not yet been taught up to high school proficiency, no matter how cleverly that acceleration is designed.