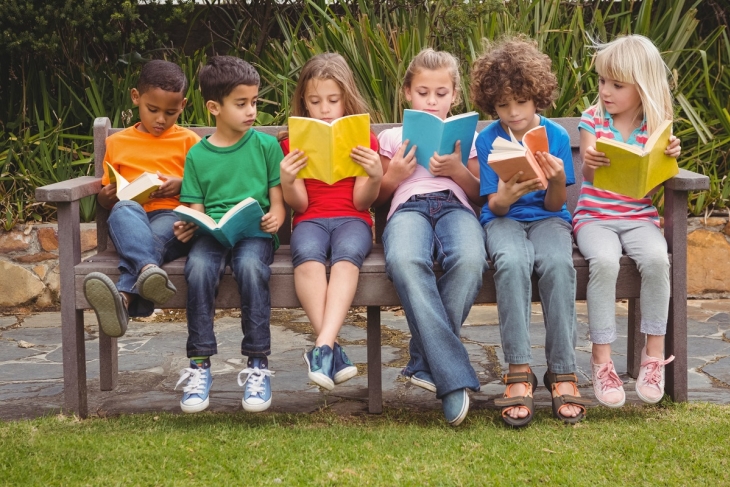 Passed almost a decade ago, the aptly named Third Grade Reading Guarantee aims to ensure that every Ohio student reads proficiently by the end of third grade. That goal makes perfect sense. All children need foundational reading skills to succeed in middle and high school and beyond. As Governor Kasich said as he signed the bill into law, “Kids who make their way through social promotion beyond the third grade...they get lapped, the material becomes too difficult.” The data support his claim: Children who have difficulties reading early in life tend to struggle academically as they progress through school.

In terms of specifics, the reading guarantee includes a number of elements that help to ensure students receive the attention and supports needed to achieve proficiency. They include annual diagnostic testing in kindergarten through second grade, along with required parent notification and reading improvement plans should students be deemed off track. Yet the policy’s most widely discussed provision is its retention and intensive intervention requirement when third graders fall short of state testing benchmarks.

Retention was a hot topic in a recent House Education Committee hearing, as Ohio lawmakers mulled legislation that would waive mandatory retention for a third straight year due to the pandemic’s impacts on achievement. Extending the holiday may be politically convenient, but sadly it’ll do little to ensure that struggling children are getting up to speed. At the least, the state must return to standard protocols next year, as literacy is no less vital than before the pandemic.

Some committee members, however, seemed skeptical about ever returning to a retention policy—and a few have even sponsored another bill that would permanently drop the requirement. In committee, Representative Catherine Ingram voiced concerns that retention is “detrimental” and said that the likelihood of non-graduation increases “exponentially” if students are retained.

Her comments seem to reflect talking points based on research from the 1990s and earlier that raised questions about the effectiveness of retention. But those studies almost surely produced skewed results due to negative selection bias into retention programs—e.g., lower-achieving or less-motivated students tend to be placed in them—and a lack of adequate statistical controls. Referring to this body of work, economists Brian Jacob and Lars Lefgren write that “prior studies fail to account for the selection of students into these programs...thus potentially exaggerating the harm of retention.” Moreover, many of the older studies were based on small samples—sometimes just a few dozen students—usually drawn from a single district. (This paper describes the methodological problems in the early literature.)

Fortunately, more recent analyses have emerged that offer more apples-to-apples comparisons between thousands of retained and non-retained children. As it turns out, this research directly challenges the received wisdom, showing that retention can improve outcomes for students.

The most relevant study to the Ohio debate is a 2017 report by Guido Schwerdt, Martin West, and Marcus Winters, who analyze Florida’s pathbreaking third grade retention policy. They uncover substantial short-term achievement gains in reading and math for retained students relative to very similar pupils who just barely met the promotion threshold. Those positive results mirror earlier evaluations of the Florida program. Such test-score gains do diminish by eighth grade, but when the analysts track students into high school, retained students post higher GPAs and are less likely to need remedial coursework than their non-retained peers. No effects are found on high school graduation, refuting the notion that early-grade retention puts students at a greater risk of dropping out.

Staying in the Sunshine State, a 2019 study by David Figlio and Umut Ӧzek focuses more specifically on English language learners who were held back in third grade. The analysis also compares the academic outcomes of children just above and below the promotional standard. Similar to Schwerdt et al., they too find significant academic gains for retained English language learners and reductions in later remedial course-taking. While the analysis didn’t track students through twelfth grade and focuses on a particular group of students, it adds more high-quality evidence that retention can benefit kids.

Turning to Chicago, a pair of rigorous studies by Jacob and Lefgren examined the effects of retention in the city’s school district. Their earlier analysis (2002) finds test score gains for retained third graders two years later when compared to children who barely met the promotional target. In a 2007 follow-up study that tracked students over a longer timeframe, the researchers found that retained third graders were no more likely to drop out of high school—countering again the idea that retention increases dropout rates.

The final pieces of evidence are more suggestive than causal but also point to the benefits of retention. A recent Manhattan Institute report by Marcus Winters and Paul Perrault found broad improvements in third grade tests scores—not just among retained children—shortly after Arizona and Florida implemented a third grade retention policy. Interestingly, they propose that the threat of retention encouraged schools to focus on early literacy, yielding improvements across the board. And although no rigorous study of Ohio’s reading guarantee has been conducted, it’s worth mentioning the notable improvement on third grade reading scores prior to the pandemic. In 2015–16, for instance, 55 percent of Ohio third graders reached proficiency, while 67 percent met that standard in 2018–19.

Ohio lawmakers could easily cave to political pressure from school groups that despise the retention requirement. But they can’t justify scrapping the policy on the basis of research. Far from being a detriment, studies now indicate that retention actually gives students an academic boost. Of course, retention can’t just be more of the same. It must be paired with effective supports like high-dosage tutoring, quality summer learning, or individualized attention to give students the best chance of catching up. And—just like a good preschool program—the gains made through the extra learning time need to be sustained through excellent instruction in the years thereafter. Yet at the end of the day, giving young children the “gift of time” to become successful readers is common sense and tracks with the best available evidence.