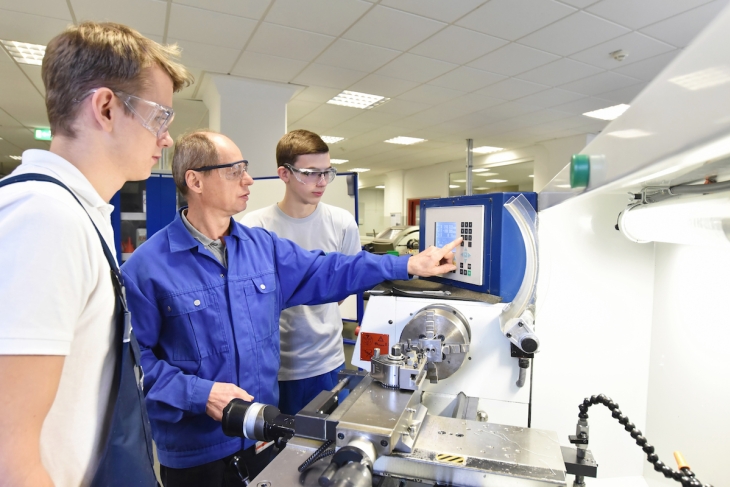 As money and attention focus on career and technical education (CTE) at ever greater levels, researchers can help gauge program effectiveness by digging into the data. Common research questions include: Does CTE lead to college success? Are CTE students better off skipping college and jumping into the workforce? Can CTE students be both college and career ready upon graduation?

A new report published in Educational Evaluation and Policy Analysis is a good example of how data can be analyzed to reach finer-grained conclusions on such questions. Analysts Walter Ecton and Shaun Dougherty start with a rich dataset from Massachusetts’s longitudinal data system and focus on nearly 252,000 first-time ninth graders whose on-time graduation from high school was expected between 2009 and 2017. Their most comprehensive analysis focuses on the first three of those cohorts (graduating 2009–2011), which allows for seven years of post-high school observation. They look at enrollment data, demographics, attendance, residence, state test scores, immigrant status, disability status, and English learner status. College enrollment and completion data come from the National Student Clearinghouse, and employment and wage information come from the Massachusetts Department of Labor’s unemployment insurance system.

Almost 20 percent of students in the sample are classified as “CTE concentrators” based on the federal definition: enrollment in CTE courses for two or more school years at any time during high school. While this is useful shorthand—and indeed many career-based clusters in CTE are two-year sequences with a licensure/certification exam at the end—other research has shown that students can and will take unrelated courses for multiple semesters without such a “concentration” in mind. Ecton and Dougherty wisely break out these “dabblers” from their peers who persist in a cluster sequence. They also distinguish between students who attend CTE-dedicated schools, where a larger and more varied menu of courses is available, and those who take CTE courses in “comprehensive” high schools.

The highest earnings are seen in construction, transportation, manufacturing and technology, and health care clusters. In most clusters, the advantages begin to decline in years five through seven post-graduation, likely indicating that college-educated students in those clusters are joining the work force. However, non-college goers in health care and construction continue to see higher earnings than their college educated peers. This is an indicator that college is perhaps less germane to these clusters, although schools must make clear to students the real postsecondary prospects that await them. For example, concentrating in the health care cluster does not indicate a path to medical school but to nursing assistant, phlebotomist, and home-health aide jobs.

While not conclusive proof that CTE course concentration can prepare students for both college and career, this detailed analysis does indicate that positive outcomes in either college or career are likely for CTE students and that these outcomes can be predicted based on concentration level and, especially, on career cluster pursued. Most encouragingly, concentration in nearly any of the CTE clusters typically available can lead to either college enrollment or higher income after high school graduation, an important point as CTE concentrators are often low academic performers whose post–high school prospects might otherwise be bleak.